France Football magazine announced a squad of 11 players it said is the best dream team in the history of world football, through a poll in which 140 journalists from around the world participated. 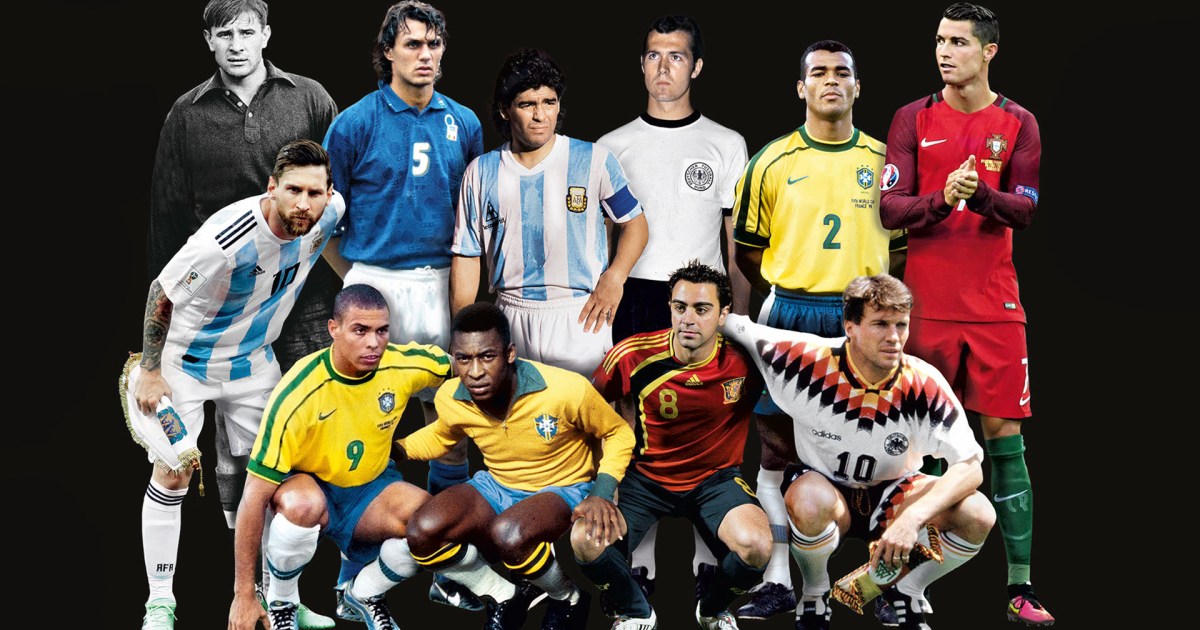 France Football magazine announced a squad of 11 players it said is the best dream team in the history of world football, through a poll in which 140 journalists from around the world participated.

The magazine published on its official page on Twitter today, Monday, the best players squad, issued by the late Argentine legend Diego Maradona, next to his Brazilian friend, "the jewel" Pele.

⭐After the votes of 140 journalists from all around the world, here is the #BOdreamteam with 11 best players of all time!

In the midfield, the choice fell on the Spanish player Xavi Hernandez, next to him is the German Luther Matoes, in addition to the legends Maradona and Pele.

As for the offensive line, it included 3 of the most prominent goalscorers, led by retired Brazilian phenomenon Ronaldo, and with him Argentine star Lionel Messi alongside Portuguese star Cristiano Ronaldo.

France Football magazine had previously announced the complete list of candidates for the best lineup in history, with 11 players to be chosen by the journalists' vote.

France Football announced the best squad in history according to the vote of more than 100 journalists around the world .. It is

true that almost all the big names exist and it is very difficult that you can satisfy all tastes and people, but Roberto Baggio is a player who deserves to be in any of the three squad pic.twitter.com/X082mLB2N5

Tweeters interacted with the squad announced by the magazine, with some questioning the absence of major stars such as French Zinedine Zidane and Dutch Johan Cruyff, while others were surprised by Maradona and Pele's position in the midfield, even though they were originally playing in the attacking line.

France Football squad for the best in history.

- A squad that has Zidane in the middle of the stadium that I do not admit ..!

Would love to be a fly on the wall for the team talk in which Pele and Maradona are told they're playing as wing-backs https://t.co/GZp1DJ94yN

In the eyes of France Football, Danny Elvis was a player in another sport, I suppose.

Maradona and Pele are midfielders?

Zidane and Cruyff instead of Cristiano.

Rest it is perfect.