Next Sunday, the first of November, the Roads and Transport Authority in Dubai will celebrate its 15th anniversary, which also coincides with the celebration of the 11th session of the Public Transport Day, crowning great achievements and successes that put it in the ranks of distinguished bodies and departments at the government level 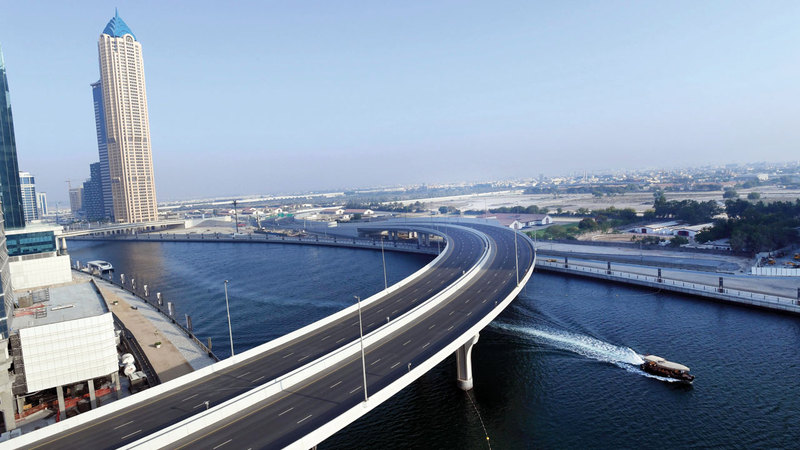 Next Sunday, the first of November, the Roads and Transport Authority in Dubai will celebrate its 15th anniversary, which also coincides with the celebration of the 11th session of the Public Transport Day, crowning great achievements and successes that have placed it in the ranks of distinguished bodies and departments at the level of the Dubai government and worldwide. The authority has its strategic plans to develop the infrastructure of the road network, mass transit system, pedestrian and traffic safety facilities, and has implemented and operated many strategic projects, whether to develop road networks or mass transit networks and services.

The Authority’s march has been characterized by focusing on sustainability and making a quantum leap in mass transit services, through the implementation of the Dubai Metro and Dubai Tram, new bus stations, the development of a network and bus services and maritime transport, in addition to developing the road network, bridges and intersections, technical systems and smart applications, and the application of a number of Transportation policies in an effort to provide an integrated and sustainable transportation system.

The Director General and Chairman of the Board of Directors of the Roads and Transport Authority, Matar Mohammed Al Tayer, expressed his sincere thanks and appreciation to His Highness Sheikh Mohammed bin Rashid Al Maktoum, Vice President and Prime Minister of the UAE and Ruler of Dubai, and His Highness Sheikh Hamdan bin Mohammed bin Rashid Al Maktoum, Crown Prince of Dubai Chairman of the Executive Council, and His Highness Sheikh Maktoum bin Mohammed bin Rashid Al Maktoum, Deputy Ruler of Dubai and Deputy Chairman of the Executive Council, for their great support and constant care for the Authority’s work process, as it was the main factor in the successes achieved by the Authority over the past years.

He emphasized that the authority is continuing to implement projects and initiatives to develop infrastructure and services for the mass transit system and road networks, develop the quality of life in the city in a way that achieves happiness for the population, including citizens, residents and visitors, and promotes smart transformation in the services that the authority provides to customers, and the development of the work system in all its dimensions. By applying the practices and principles of "institutional flexibility", in order for the authority to be able to accommodate successive variables, and to keep pace with global trends effectively, to ensure that it remains at the forefront in its fields of competence.

Al Tayer said: “The Emirate of Dubai has a distinguished high-level infrastructure in the field of roads and transportation. This system is distinguished by its high quality and comprehensive geographical coverage of all regions of the emirate of Dubai, as the total length of the road network in Dubai increased to about 18 thousand lanes - km at the end of 2019, Compared to 8,715 lanes - how many in 2006, the number of pedestrian bridges and tunnels increased from 13 bridges in 2006 to 119 bridges and tunnels in 2019, and efforts to develop traffic safety standards have contributed to reducing the rate of road accident deaths from about 22 deaths per 100,000 inhabitants in 2006 to 2.3 deaths in 2019.

He pointed out that the length of bicycle paths increased from only 10 km in 2006 to more than 425 km in 2019, and this network contributed to the UAE being ranked first in road quality globally, during the period from 2013-2017, and first place in the satisfaction index The system of roads and highways 2020, and the development of the mass transit system in the Emirate of Dubai contributed to an increase in the percentage of mass transit users from 6% in 2006 to 18% in 2019, which strengthened the emirate’s competitiveness in hosting global events, such as Expo 2020, The authority seeks to achieve the strategic goal of reaching 26% of mass transit trips by 2030.

He added: “The Dubai Metro, which has completed 11 years, transported nearly 1.6 billion passengers, and achieved exceptional performance indicators in the accuracy of adherence to flight schedules, which reached 99.7%, and the metro received a high rating of safety and security systems by the United Kingdom Roads and Railways Regulatory Office, which exceeded 80 % ».

He pointed out that the authority completed the Dubai Metro project on time, despite the economic crisis that ravaged the world at the time, and implemented very complex projects, such as the Dubai Water Canal project that cut vital streets and areas, such as Sheikh Zayed, Al Khail, Jumeirah and Al Wasl streets, and the authority was also able to adapt. Quickly with the requirements of the national sterilization program during the (Corona) pandemic, and a smooth transition to remote work, due to the high readiness of the authority's technical infrastructure, as work did not stop and continued very naturally, and the authority continued to implement its projects according to the approved timetable.

The Director General and Chairman of the Board of Directors at the Roads and Transport Authority, Mattar Mohammed Al Tayer, confirmed that the authority has completed most of the construction projects for roads and transportation, as part of the integrated plan to meet the requirements of Dubai hosting the Expo 2020 exhibition, as the authority is currently developing permanent bus stations in the city, and serving the exhibition « Expo 2020 », and this includes the implementation of 17 stations and stops, including the recently opened Al Ghubaiba station, Al Jafiliya and Al Ittihad stations, and the bus station connected to the Etisalat metro station, and the provision of 614 buses. The plan also includes developing six stations and temporary bus stops to serve the Expo 2020 exhibition. Among them are two temporary stations in Dubai Silicon Oasis, International City, and four stops in Dubai Maritime City, Palm Jumeirah, Business Bay lounge (1), and Al Meydan.

One billion passengers were transported by the Dubai Metro, and 99.7% punctuality.