“I could not imagine that a hobby would lead to such consequences”: Russian entomologist faces 40 years in prison

Alexander Ignatenko, employee of the Rostov-on-Don Zoo, can seriously pay for his love of entomology. In Sri Lanka, where he went on vacation, he was caught illegally collecting local insects. The country has extremely strict legislation on the protection of flora and fauna, about which, Alexander says, he did not know anything. Now he and his friends face 40 years in prison or a fine of 3 million rubles. 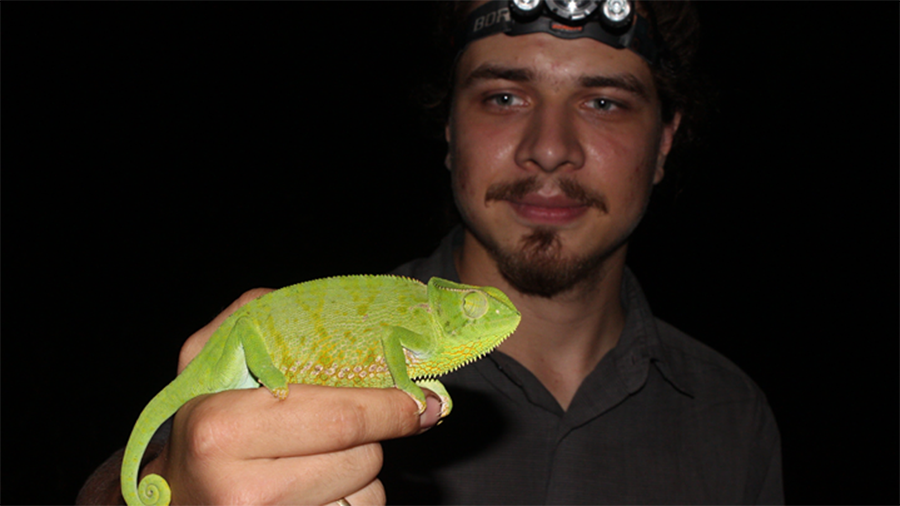 For the employee of the Rostov-on-Don Zoo Alexander Ignatenko and his friends, a trip to Sri Lanka turned into an arrest. Now they face a fine of 3 million rubles or 40 years in prison. Tourists are accused of illegally collecting local insects.

Collecting bugs is a serious crime

According to Alexander, he has been fond of entomology since childhood. “I participated in various conferences, went to environmental and biological camps, but I never imagined that this hobby - and at the same time my life's journey - would lead to such sad consequences," he wrote on social networks after the incident.

According to Alexander, he was detained in a national park and found several local beetles in his pockets when checking. According to the entomologist, he found insects on the eve of the day shot down and just forgot to put it out of his pocket.

“When the park workers found these bugs, they were very angry and immediately took away all our phones, cameras and passports from us, then we were put into a room under the lock for the night without any opportunity to call relatives or a lawyer,” Ignatenko says .

The argument that insects were found outside the park did not work. The next day, at a hotel in the city of Nuwara Eliya, where Alexander was staying with friends, the police searched and found more insects.

According to Ignatenko, he explained that he gathered them along the roads and in the hotel garden, wanted to take a picture to determine the view, and then return it back. But he was still taken to court. The meeting, according to the man, passed quickly, in just a few minutes: the tourists were arrested and placed in a prison in the city of Badulla.

In prison, Alexander and his friends spent a little more than a month (from February 27 to April 4). Most of this time they were in a cell with more than 80 local prisoners, they had to sleep on the concrete floor. He also ended up in a prison hospital for a week - because of very spicy prison food, his ulcer reappeared. Now, due to the coronavirus pandemic, they were released on bail until June 15.

Against Alexander and his friends, the authorities of Sri Lanka brought 277 charges. This is due to the fact that for each sample they found several separate charges were brought (for searching, seizing without proper permission, committing these actions on sacred land, etc.). Now Alexander and his friends are facing a fine of 3 million rubles or 40 years in prison.

According to Alexander, for him and his relatives this is an absolutely unbearable amount that they will not be able to collect on their own, even if they sell the apartment. Now, as he told RT, “the state of affairs is uncertain,” he and his friends are trying to connect the Russian Foreign Ministry to solving the problem.

According to colleagues who are trying to support him in a difficult situation, everything that happened is simply a misunderstanding.

It is worth noting that stringent laws related to the protection of biodiversity apply not only to Sri Lanka. Their ignorance often leads foreign researchers to the dock.

For example, in 2001, Russian scientists Oleg Ammosov and Viktor Sinyaev were detained in a national park in the Indian state of Sikkim for illegal trapping of insects for one of the German museums. During the search, they found about 2 thousand specimens of insects, the cost of some reached $ 150 apiece. They were threatened with up to three years in prison, but thanks to the efforts of the Russian embassy and consulate, they succeeded in repealing the criminal charge, which was replaced with a fine.

The Russian consulate then expressed gratitude to the Indian side for "their understanding and condescension to Russian citizens who have fallen into a difficult history."

After his release, Ammosov sent a telegram to the Consul General in Kolkata, Alexei Zolotukhin. In it, he said that he would stay for some time in Kathmandu to catch butterflies.

“It is a pity that so much effort and money was spent by Russian diplomats to free them. All this did not go to them for the future. We helped them, pulled them out of prison, and then everything is forgotten, ”the consul said then.

In 2008, Czech entomologists Petr Schwache and Emil Kuchera were arrested in an Indian reserve for the illegal collection of insects. Although 600 scientists signed a petition for their release, a court in Darjeeling sentenced the latter to three years in prison. However, later Kuchera managed to leave for the Czech Republic.