With the emergence of the new Corona virus in Iran, health care teams are not content with treating patients, but doctors and nurses are trying to boost morale through light dance performances, which have been widely circulated by social media. In a series of short video clips, medical crews appear less sophisticated. 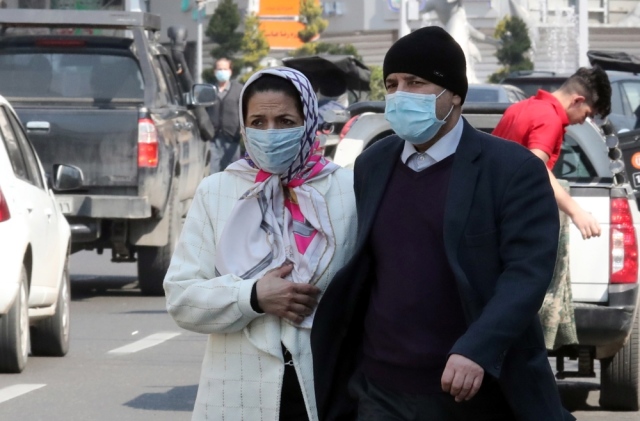 With the emergence of the new Corona virus in Iran, health care teams are not only treating patients, but doctors and nurses are trying to boost morale through light dance performances that are widely reported on social media.

In a series of short video clips, medical crews wearing surgical masks and protective medical clothing are appearing as they dance to challenge the spread of the virus that has killed more than 100 victims in Iran.

The Iranians have shared these videos very widely, and they appear to be photographed in hospitals and operating rooms, while the masks have obscured the identity of the dance participants to the tones of Iranian pop and traditional music.

So far, it appears that the Iranian authorities are tolerating this "dance challenge", and some video clips have been seen about 100,000 times via Twitter, Instagram and other social media.

Dancing between women and men is prohibited in Iran except for husbands on private councils.

However, these videos did not appeal to everyone, and some tweeters denounced them as "disobedience."

On the other hand, the reformist activist Azar Mansour wrote on the Internet saying: "The words cannot express our gratitude for their efforts." They take care of the sick and support the morale of their citizens and their families. ”

"The only place that morality police do not dare enter is the hospital with patients infected with Coronavirus," another jokingly joked.

On the other hand, Iranian Health Minister Saeed Nemki said today, Thursday, that his country will extend the closure of schools and universities for another two weeks and examine people in the areas most affected by the new Corona virus by phone after there were fears that a previous plan for home visits might cause the spread of the disease.