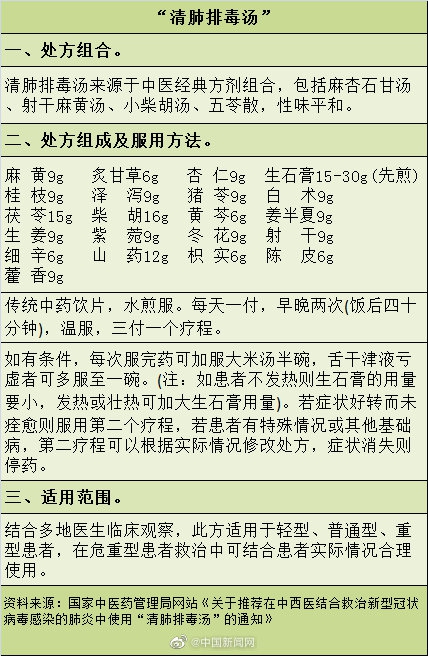 Client of China News Network, February 29 (Yang Yuqi) The State Council's joint prevention and control mechanism held a press conference on February 29. Wang Rongbing, chief physician of the Department of Integrated Traditional Chinese and Western Medicine of Beijing Ditan Hospital, said at the meeting that Qingfei Detox Soup was first discovered The prescription was on January 27th, and it was found to rapidly reduce fever in more than 300 cases in four provinces. On February 6, the State Administration of Traditional Chinese Medicine and the Health Commission issued a notice to recommend this Tongzhi formula to the whole country. On February 27, the prescription was used in 66 designated medical institutions in 10 provinces. In clinical observation research, 1183 cases have been included, and 640 patients have been discharged. The symptoms of 457 patients have improved and the effect is very good.