The stars of the Dubai agenda in December... Kazem El Saher, "King Farouk" and a long list

The Dubai Events Schedule, the official platform for events in the city, affiliated to the Department of Economy and Tourism in Dubai, revealed a group of live cultural and entertainment events that will be organized in Dubai during next December, which gives the public the opportunity to enjoy Arab and foreign stars from around the world, in the field of 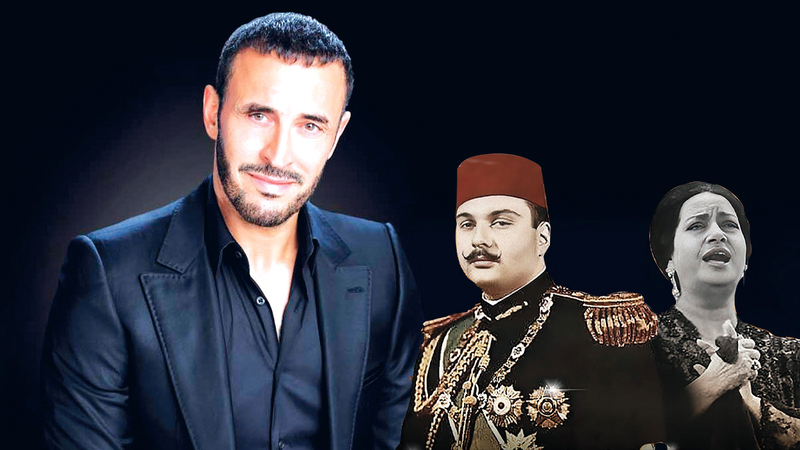 The stars of the Dubai agenda in December... Kazem El Saher, "King Farouk" and a long list

Bulk performances, including musicals and concerts, will be hosted by Dubai during the next month.

The Dubai Events Schedule, the official platform for events in the city, affiliated with the Department of Economy and Tourism in Dubai, revealed a group of live cultural and entertainment events that will be organized in Dubai during the coming December, which gives the public the opportunity to enjoy Arab and foreign stars from around the world, in various fields, from the arts. To culture to entertainment and sports.

The famous Murder Mystery game can be tried at the Al Seef Heritage Hotel in Dubai, from the third of December to the 12th of February, as the interactive entertainment experience lasts for 90 minutes, providing an ideal opportunity to highlight skills in solving puzzles.

The Sole DXB community cultural festival returns in its new edition in Dubai Design District from December 9th to 11th.

The “Al Marmoom: Film in the Desert” festival is organized from the ninth to the 11th of December in the Al Marmoom Desert Reserve, to present film screenings, interactive workshops for children and youth, dialogue sessions, international performances, and educational activities.

Dubai Opera will host the musical King Farouk on December 12.

on the board of a ship

The Snow Queen, a dramatic production based on the fairy tale written by Hans Christian Andersen in 1844, takes place from December 16-26 on the stage of the ship Queen Elizabeth 2.

Dubai Opera will also host the ballet "The Nutcracker", presented by La Classic Russian Ballet, on December 16 and 17.

In Dubai, Dwarf, one of the most popular Christmas musicals, produced by Olivier Award winner Paul Taylor Mills, will be shown at The Theatre, Mall of the Emirates from December 17-24.

Dubai Opera's big band returns to present The Sound of Christmas, which includes the most beautiful classic songs of the festive season, on December 21 and 22.

Al Wasl Square in Expo Dubai hosts many concerts and musical performances by the most prominent Arab artists, including a concert by Aida Al Menhali and artist Dalia Mubarak, on December 2, to celebrate the 51st Union Day.

90's pop artist, Lucky Ali, will perform live at The Agenda Theater on December 3, as part of the Winter Music Festival, which will bring together some of India's most beloved musicians.

The Lebanese-Armenian singer Guy Manoukian is preparing to present his fans with a musical show with his return to the Dubai Opera Theater on the 9th of December.

The artist, Obaidah Parvin, known as the Queen of the Sufi art of Qawwali, will return to Dubai to perform on the ninth of December at the Coca-Cola Arena.

As for the fans of the Belgian pop band Hooverphonic, they are on a date with its first show in Dubai, with its stars: Alex Callier, Raymond Gerts and Jake Arnert, who will perform their most famous songs at the Dubai Opera Theater on December 10.

The rock band Bi-2 will perform its first show in Dubai, as part of the "Paros" music festival in the "Spring Fever" edition, which will be hosted by the "Events District" at the "Jumeirah Beach Hotel" on December 10.

As for the Joubran trio, they will perform their first concert at the Dubai Opera, after the success of their world tour, and music lovers will be on a date with the brothers Samir, Wissam and Adnan, who come from Palestine, in a quiet concert to the sounds of the Oud on December 11th.

Kazem El Saher is preparing to perform two concerts on December 23 and 24 at Dubai Opera.

Artist Rahat Fateh Ali Khan will return to the Coca-Cola Arena on December 29.

The famous Dutch DJ Martin Garrix, one of the most famous electronic music makers in the world, will host Coca-Cola Arena to present a concert with an expected attendance of more than 10,000 people on December 30.

• December 23, Kazem El Saher will perform at the Dubai Opera.

Dubai seeks to enrich the experiences of sports fans by providing a group of fan areas, as well as gyms and family spaces, to attend the matches of the most prominent football tournament in the world, which is organized in sister country Qatar.

These areas and events, including the Bad X FIFA Fan Fest in Dubai Harbour, are one of six official international football festivals run by FIFA around the world.

Fan zones are also distributed throughout the emirate, including the Fan City in Dubai Expo City, the McGettigens Fan Zone in Dubai Media City Amphitheater, the Press Play Fan Zone in Precision Football, and others.

The Emirates Airlines Dubai Rugby Sevens Championship will also start between the first and third of next December, as it is one of the largest sports and entertainment events in the Middle East.

This year's tournament is expected to achieve greater success and spread than previous tournaments, with the participation of the best international rugby teams for both men and women, as well as hosting concerts of the most famous singing stars and DJs in the world, such as Gorgon City and Craig David.

Sports fans also have the opportunity to attend horse races in Meydan, in which the most skilled riders and horses in the region participate to compete for the grand prize of the competition.

The Super Sports race focuses on raising the level of physical fitness and promoting community health, on the second of December, within The Track - Meydan Golf Course.