The state's media institutions won 18 awards at the conclusion of the 15th edition of the Gulf Radio and Television Festival, which was hosted by the Kingdom of Bahrain between June 21 and 23, and various governmental and private radio and television channels in the Gulf Cooperation Council countries participated in it. 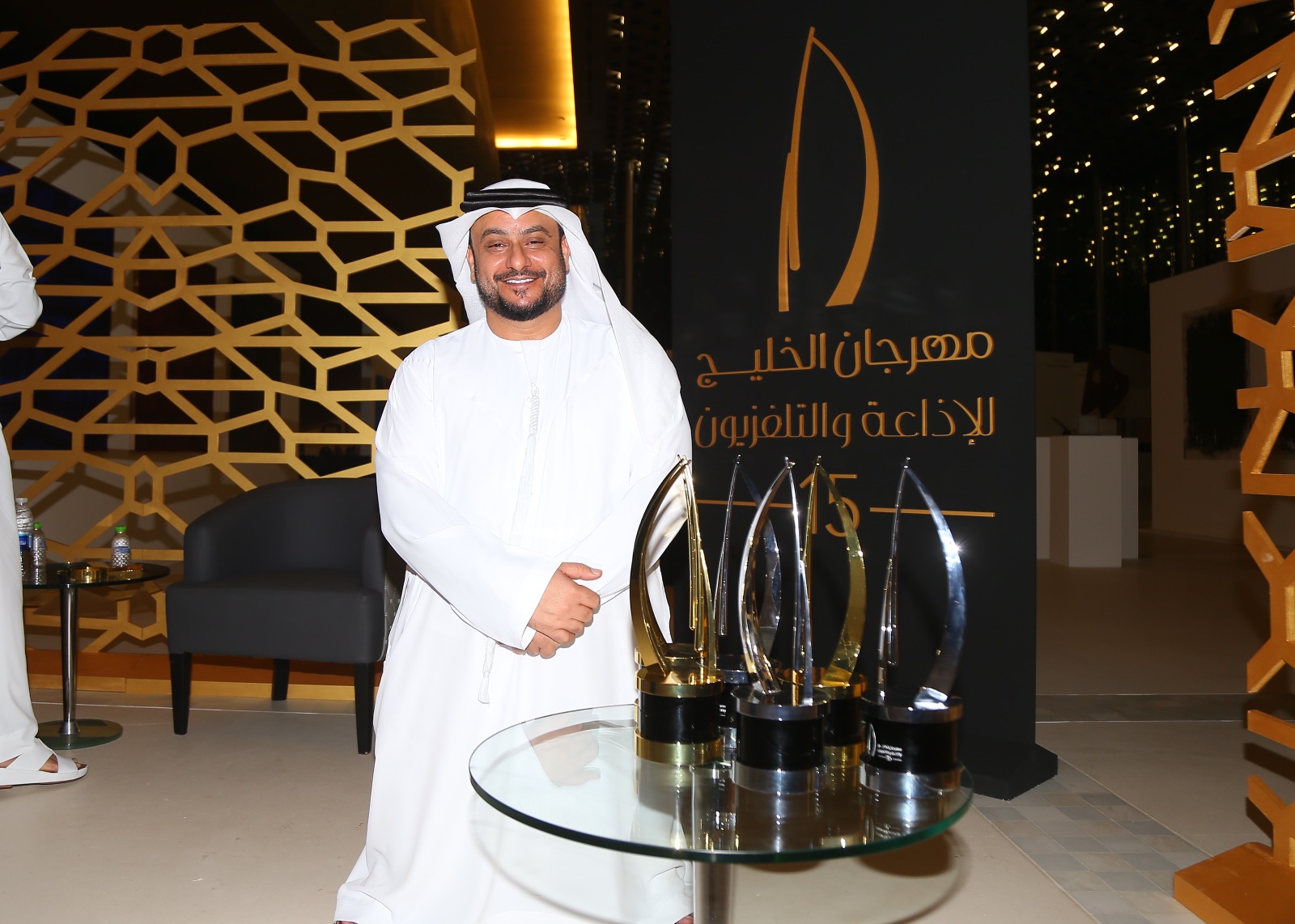 The state's media institutions won 18 awards at the conclusion of the 15th edition of the Gulf Radio and Television Festival, which was hosted by the Kingdom of Bahrain from June 21 to 23, and various governmental and private radio and television channels in the Gulf Cooperation Council countries participated in it.

The Sharjah Radio and Television Authority won 5 various awards, including 3 gold for the TV programs “Stars of Science” for the category of family and children’s programmes, and “Shariat Al Dhaid” for the category of Environmental Programs Award (Our Gulf is Green), and the “Voice of Recitation” program. Silver prizes were awarded to the popular radio program “Al-Atheer” in the variety program category, and the radio series “Khattar Al-Hana” in the comedy drama category.

The Dubai Media Incorporated won the “Flashes” advertising space award, which was won by “At Atheer Expo”, while the community drama award was won by the Gulf series “Sama Alia”, and for the cultural programs award (Gulf identity) the “Cultural Dimensions” program.

In the films category, the film "A Small Dream", produced by Cinewaves Films from the United Arab Emirates, won the Short Narrative Film Award.

Dr. Rashid Khalfan Al Nuaimi, Executive Director of the Media Regulation Office at the Ministry of Culture and Youth, said: “This honor is the culmination of a procession of sincere efforts made by various institutions and media agencies in the country, as these achievements embody the extent of development and progress experienced by the reality of media in the country, which has always been concerned In presenting purposeful and constructive messages, based on noble media standards that live up to the aspirations, knowledge and culture of various members of society.”

He added: “This benefit that our media institutions have achieved motivates us to continue working towards more achievements that serve the continuity of providing meaningful work of intellectual, cognitive and cultural value, and leads towards building on what has been achieved and benefiting from all experiences so that we will be able in the future to develop tools and standards that It is consistent with the identity of our Arab and Gulf societies.”