The Baltic countries are becoming the new refuge for Russian journalists fleeing their country. Impossible for them to work in Russia since the beginning of the invasion of Ukraine. Moscow has adopted new… 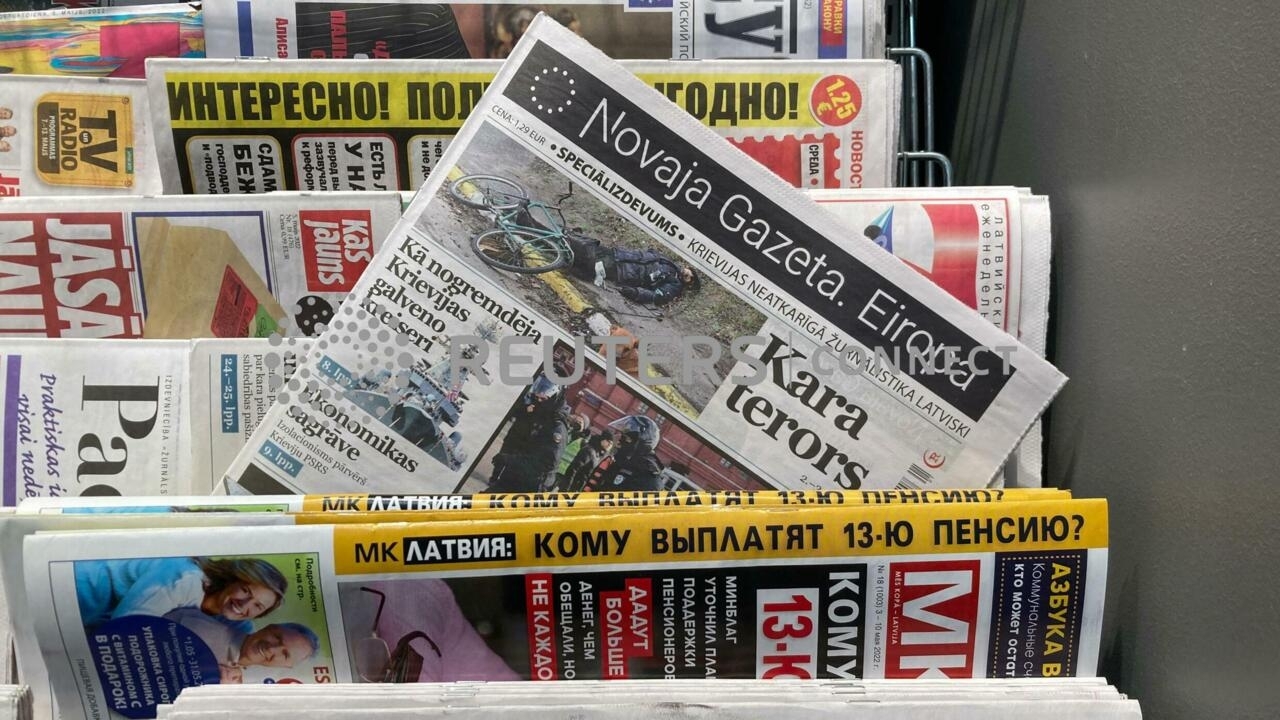 Latvia: these Russian journalists who choose exile to "continue to inform freely"

The Latvian and Russian editions of "Novaya Gazeta. Europe" seen at a newsstand in Riga.

The Baltic countries are becoming the new refuge for Russian journalists fleeing their country.

Impossible for them to work in Russia since the beginning of the invasion of Ukraine.

Moscow has passed new laws condemning to heavy prison terms the publication of what the authorities consider to be false information.

From our correspondent in Riga

, the Moscow newspaper which suspended its publication at the end of March in Russia, moved to Riga in April in the premises of a local magazine, right next to Milda, the Latvian Statue of Liberty.

A few days before May 9, the symbolic date in Russia which marks the end of the Second World War, Kirill Martynov, the editor-in-chief, published the first issue of his newspaper in exile.

It's our number 0, but we don't plan to publish it daily or weekly.

We just wanted to show Russian society and the authorities that we are still alive.

It's a strongly anti-war number.

The voice of pro-European Russians

The first lines of the editorial begin as follows: "

In reality, to reach its readership in Russia, the team of journalists relies mainly on the internet or on the Telegram channels, a network that is still not banned in Russia.

In the tradition of militant journalism, Kirill Martynov moved to Riga with a clear intention.

My strategic goal is to become the voice of pro-European Russians on both sides of the border.

The second thing I would like would be to try to recreate an extra-territorial Russia which would be like a part of the European community,

I know that millions of Russian speaking people support Ukraine and the European Union in this war.

Both in Estonia and in Latvia there are large Russian-speaking communities.

Since the annexation of Crimea by Russia, the Russian offer for the local populations has expanded a little to combat propaganda.

Yakozyn is a reporter for Latvian public television.

He worked for a long time in Russian before switching to Latvian, but he would like to see more synergy for better treatment of information in Russia in the local media: "

I really hope that these new media which are now settling in Latvia will help to enlighten public opinion and form a national consensus, but these hopes are fragile.

TV or magazine editorial staff are coming to Latvia.

But their aspirations for freedom could quickly be shattered over the issue of resources to sustain their publication.

The hope is that the European Union will put its hand in the wallet to support this plurality of media and freedom of expression.