China News Service, Shanghai, May 9th: "People's Artist" Qin Yi passed away at the age of 100 "in pursuit of his life"   Author Gao Zhimiao Wangji   "I'm in pursuit all my life. The older I live, the more I pursue." In 2012, Qin Yi once wrote.   The reporter learned from Shanghai Film Group that Qin Yi, a witness and cultivator of China's century-old film history, known as "the people's artis 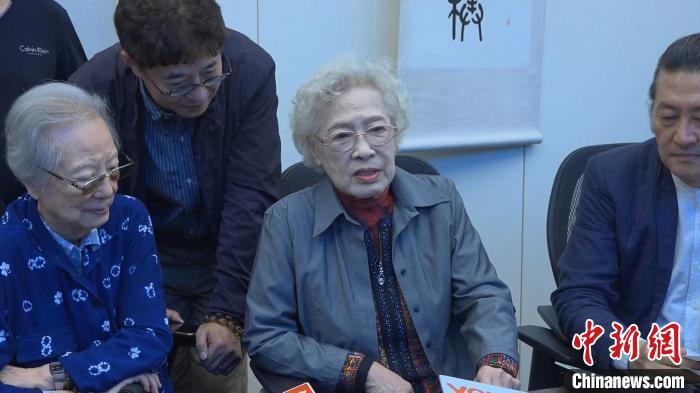 China News Service, Shanghai, May 9th: "People's Artist" Qin Yi passed away at the age of 100 "in pursuit of his life"

The reporter learned from Shanghai Film Group that Qin Yi, a witness and cultivator of China's century-old film history, known as "the people's artist" and "the most beautiful struggler", was at the East China Hospital Affiliated to Fudan University at 4:08 on May 9. Died at the age of 100.

In 1938, at the age of 16, she moved from the Huangpu Bund to the "big rear" of the Anti-Japanese War, and was introduced to the Chinese film studio as an actress.

After more than 80 years of acting career, she has participated in more than 40 movies and TV dramas, shining in the film and television gallery.

She is the brave sister-in-law Fanglin in "Railway Guerrilla", the progressive woman Yu Zhen in "Distant Love", the determined Ma Lan in "Ma Lan Blossom", and the optimistic Lin Jie in "Women's Basketball No. 5"... ...she infuses each character with real feelings and creates a classic image of contemporary Chinese women.

She was once known as "the most beautiful woman in China", and everyone respectfully called her "goddess".

Tong Ruixin, head of the Shanghai Film Actors Troupe, once said: "The first impression of Mr. Qin Yi is beauty, and the second impression is beauty." Xi Meijuan, chairman of the presidium of the Shanghai Federation of Literary and Art Circles, also said: "She is the appearance and the heart. There is a height of beauty in the spirit."

Regarding "beauty", Qin Yi once said: "I don't take care of myself very much, and I don't pay attention to whether I am beautiful or not. It doesn't matter how a person looks or how she dresses up, what matters is her spiritual world and her attitude towards work. ."

For decades, she has won numerous awards for her focus on the "spiritual world". In 1983, she won the Outstanding Actress Award at the 1st Popular TV Golden Eagle Award, the Best Actress in the China Film Century Award in 1995, and was awarded the National Film with Outstanding Contribution in 2005. In 2009, he won the Shanghai Artist Lifetime Honor Award and the Lifetime Achievement Award at the 18th Golden Rooster and Hundred Flowers Film Festival. In 2019, he was awarded the national honorary title of "People's Artist".

Some people say that her beauty is when the flowers are surrounded; her beauty is even more beautiful after the prosperity is gone.

At the age of 86, she donated her life savings to the earthquake-stricken areas. At the age of 93, she wrote, acted and raised funds to film the film "Qinghai Lake". In 2019, at the age of 97, she participated in the public welfare film "Everything" while recuperating in East China Hospital. like you".

Tong Ruixin said: "I always remember what Teacher Qin Yi said, my age is not determined by me, but my life can be determined by me. As long as I live, I have to work, and work is better than no work." (End)