The words of the coach of the Algerian team Djamel Belmadi on arbitration in Africa and more particularly on the Gambian Bakary Gassama, referee of a crucial match lost against Cameroon,… 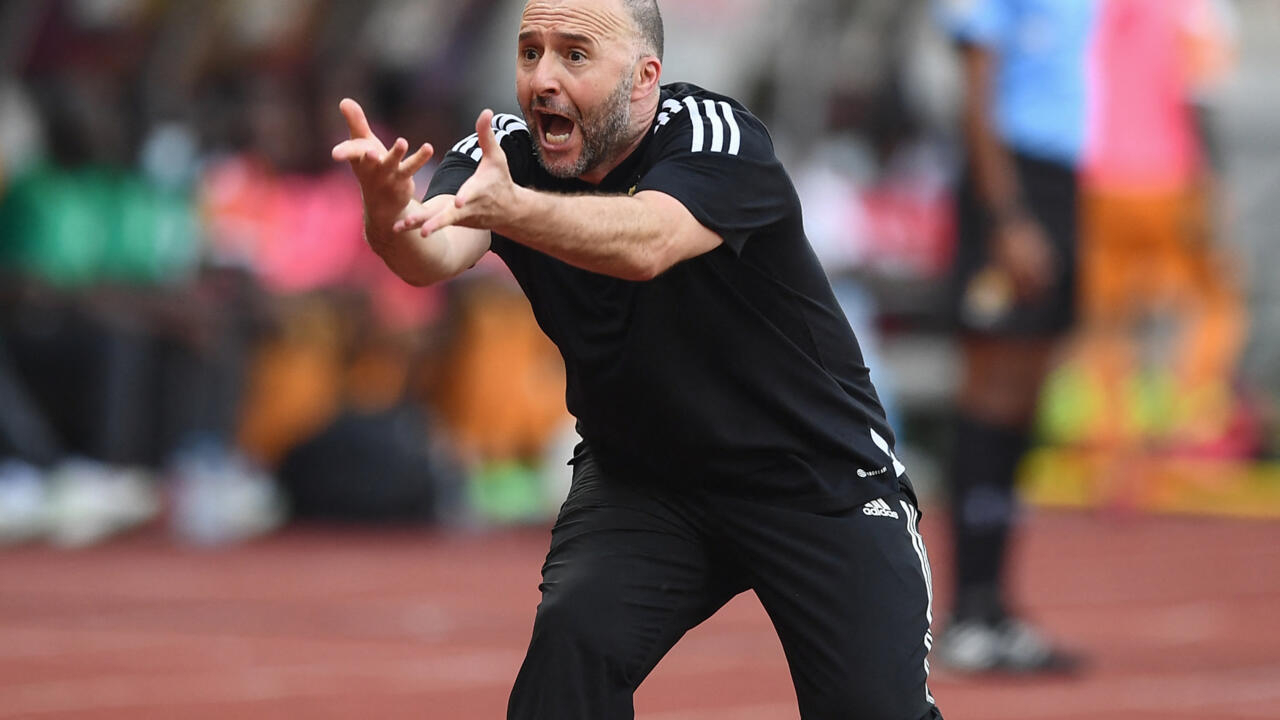 The words of the Algerian team coach Djamel Belmadi on refereeing in Africa and more particularly on the Gambian Bakary Gassama, referee of a crucial match lost against Cameroon, provoked strong reactions in the world of football.

The controversy continues to swell, four days after the posting of a video of Djamel Belmadi by the Algerian Football Federation (FAF).

The coach of the Algerian team announces his intention to continue his mandate, despite the eliminations in the first round of the 2021 African Cup of Nations and in qualifying for the 2022 World Cup. Above all, he

and in particular the Gambian referee Bakary Gassama, guilty in his eyes of the defeat of the Greens against Cameroon, in the return dam for the World Cup in Qatar.

," says Djamel Belmadi, among others.

I'm not saying he should be killed, but he shouldn't be left

The Federation has lodged an official complaint with the Algerian Football Federation on this subject, and has formally requested FIFA and CAF to open investigations and disciplinary proceedings against […] Djamel Belmadi for his remarks on a video clip

, the GFA said in a press release.

We have also asked the Algerian Federation to make a public statement condemning the actions of Mr. Belmadi and all verbal attacks against Mr. Gassama by Algerians and to take all necessary precautions to prevent their officials and nationals from making any further remarks. negative statements and threats against the person of Mr. Gassama

On April 25, former French referee Tony Chapron also attacked Djamel Belmadi on the set of a Canal Plus program.

It's very serious what he says.

It should be suspended for a while as it is clearly a call for violence.

Do you realize the delirium of his remarks?

he protests during the Late Football Club.

He does not realize that it is the Algerians who missed the game.

The mediocre are always like that, they are looking for scapegoats.

This is the case of Belmadi

I have always said it, the champions find solutions and the mediocre seek excuses.

Typically, Belmadi is a middling.

An attack which made react one of the players of the national team, Mehdi Abeid.

The midfielder reminded the ex-man in black how he had made the buzz by trying to angrily tackle a Nantes player during a French championship match in 2018: "

By insulting Djamel as "mediocre", you irritate a whole country and a team.

Did you just watch the game?

And you, Mr. Chaperon, didn't you resort to violence during the Nantes-Paris match. Level of mediocrity cannot be lowered.

By insulting Djamel for being mediocre it's a whole country and a team that you irritate, did you just watch the match?

On the authorities side, we are perhaps only at the beginning of a long soap opera.

On April 25, the Cameroon Football Federation (Fécafoot) protested against other comments made by Djamel Belmadi (“

Never again in life will we let two or three people conspire against our country.

”) that she equates to accusations of cheating.

Far from calming things down, the FAF responded to Fécafoot on April 27.

The FAF and the national coach, Mr. Djamel Belamdi, in the interview referred to in this press release, have at no time insinuated, quoted and even less accused Fécafoot or another federation or an international body of what whatever

On the other hand, they have on many occasions legitimately denounced the behavior of certain referees whose decisions and attitudes have had a negative influence on the course, or even the result of a match

A procedure in progress at FIFA?

the FAF is delighted in advance and will be delighted to support FECAFOOT in its quest to shed light on this affair before the FIFA Ethics Committee.

On April 18, the FAF indicated that it had seized the FIFA Arbitration Committee.

The chances of seeing the Algeria-Cameroon match being replayed – like South Africa – Senegal for the 2018 World Cup – or of the Indomitable Lions being declared forfeit losers seem low.

Because the regulations of the 2022 World Cup (chapter 8, paragraph 6) are clear on the subject: “

No protests can be made against the decisions of the referee concerning facts related to the game. These decisions are final and without appeal, except as otherwise stipulated in the FIFA Disciplinary Code.

On the other hand, this text provides in the event of match manipulation, in Chapter 18, paragraph 2: "

If a player or official is involved in a behavior described in paragraph 1 of this article, his association or his club may see the match concerned forfeited or be declared ineligible for another competition, provided the integrity of the relevant competition is preserved.

This April 27, the Arabic-language newspaper

affirms in an article entitled "The Cameroonian Federation confirms the doubts" that the FAF would have brought heavy accusations against its counterpart.

The controversies about the Algeria – Cameroon match are far from over…