Economic Watch: Hainan's entire island is closed, what is the key to risk prevention and control? 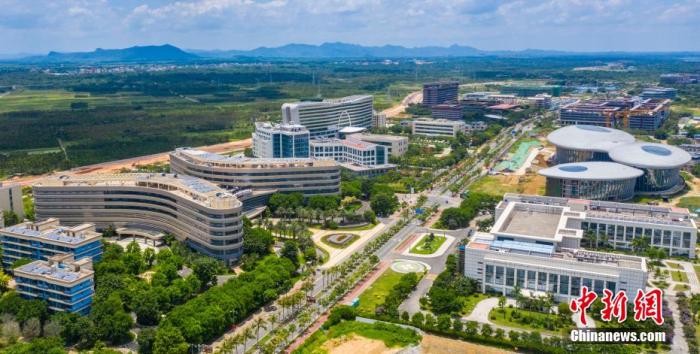 (Economic Observation) Hainan's entire island is closed, what is the key to risk prevention and control?

China News Agency, Haikou, March 4th: What is the key to risk prevention and control when the entire island of Hainan is closed?

Since the beginning of the year, the topic of "closing the customs" in Hainan has attracted much attention from the outside world.

The preparations for the island-wide customs closure operation of the Hainan Free Trade Port were launched in February this year, and the software and hardware preparations are planned to be completed by the end of 2024.

Officials have repeatedly emphasized the prevention and control of risks, calling it "the most critical variable affecting the success or failure of the free trade port construction."

The closing time is approaching, how to achieve accurate and effective risk prevention and control?

Building a Security Barrier Based on the Free Trade Port Law

In June 2021, the "Hainan Free Trade Port Law of the People's Republic of China" was promulgated.

The interviewees pointed out that it is necessary to take the law as the foundation, and at the same time, give full play to the function of local legislation to provide legal guarantee for the operation of customs closure.

Zhang Xuexiu, vice president of the Chinese General Chamber of Commerce in Hong Kong, proposed that the authority granted to Hainan by the Free Trade Port Law should be used to formulate industry-wide regulations, draw boundaries on issues such as economic activities and ideology, and restrict the behavior of the government and economic agents.

Zhang Xuexiu suggested that Hainan should properly handle the connection between the civil law system and the European and American legal system, and encourage the replacement of departmental regulations with local regulations.

There are many potential risks in the island-wide customs clearance process.

Huang Shengqiang, a professor at Shanghai Customs College, said that with the acceleration of Hainan's opening-up process, the risks of export smuggling, trade controls involving inbound goods and personnel, foreign exchange management, ecological environmental protection, public health and even national security risks will increase after the opening of the front line.

There is no domestic precedent for these risk prevention and control matters.

Chen Bo, a professor at the School of Economics of Huazhong University of Science and Technology and dean of the Optics Valley Free Trade Research Institute, suggested that Hainan should learn the relevant management and control technologies from Singapore, establish an "accredited operator (referred to as AEO)", and conduct credit management for enterprises and standardize their operations.

Huang Shengqiang said that Hainan can learn from other countries' experience in the reform of port management systems and law enforcement mechanisms to build a risk prevention and control system covering the entire chain of "overseas-ports-domestic", so as to realize information exchange, mutual recognition of supervision and mutual assistance in law enforcement with foreign ports. .

Cui Fan, professor and chief expert of the Hainan Research Institute of the University of International Business and Economics, proposed that Hainan should seek international regulatory cooperation in high-standard economic and trade rules such as the Regional Comprehensive Economic Partnership (RCEP), such as inspection and quarantine of imported products. Carry out international cooperation in the form of equivalence assessment of the regulatory system of the source of the product to reduce regulatory costs.

Find the balance between "hold it" and "let go"

Hainan's island-wide customs closure operation must be "controlled" and "open".

Cui Fan said: "How to ensure the high degree of freedom and convenience of trade and investment while preventing and controlling risks, we must find the optimal balance between the two."

In fact, Hainan has taken the lead in conducting stress tests in the Yangpu Free Trade Port Area.

Establish a public information service platform to realize the interconnection of information between government departments, port regulatory agencies and enterprises.

The data shows that in 2021, the number of newly registered enterprises in the park, the total value of imports and exports, and the total actual use of foreign capital will increase by 3.04 times, 15.6 times and 2.6 times respectively year-on-year.

As Wang Lei, deputy secretary-general of the Hainan Provincial Party Committee of the Communist Party of China and executive deputy director of the Hainan Provincial Party Committee's Deep Reform Office (Free Trade Port Working Committee Office), said that the construction of Hainan Free Trade Port will focus on policy implementation and risk prevention and control on the other.

He introduced that this year, Hainan should not only accelerate the implementation of the free trade port policy, but also improve the ability to prevent risks through the construction of software and hardware.