The unemployed cost of Díaz's plan

The Government's reasons for rushing to announce another unilateral increase in the minimum wage, after the absurdity of the vote on the labor reform, are neither economic nor... 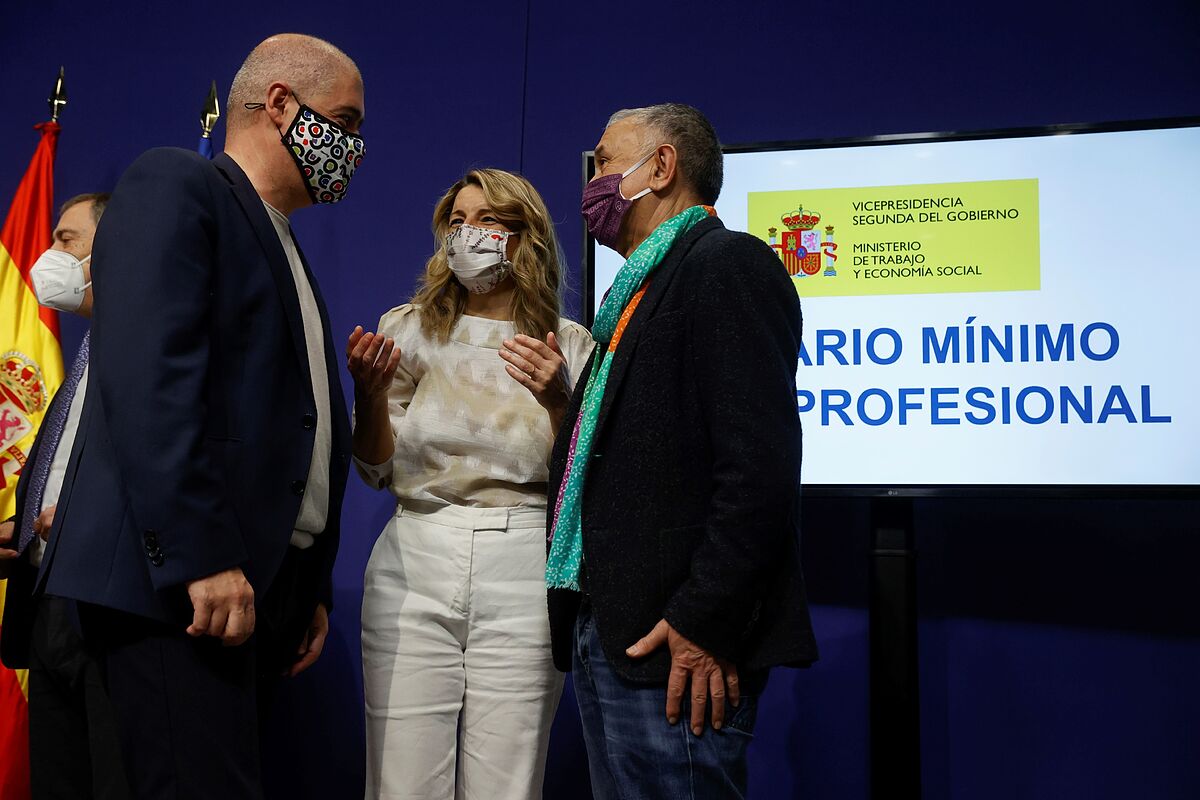 The Government's reasons for hastening to announce another unilateral increase in the minimum wage, after the absurdity of the vote on the labor reform, are not economic or social, but purely political.

Pointed out for her inability to preserve both the pact of the social agents and the loyalty of ERC, Bildu and PNV,

under the decree of the rise to the symbolic figure of 1,000 euros, which coincides with the demands of the unions but

it comes up against the positions of the bosses.

It is the employers who suffer from the general increase in costs, and they warn of the consequences.

After promoting for months the benefits of social dialogue regarding the labor reform -in reality, a condition imposed by Brussels in exchange for the funds-,

: Díaz staged the announcement flanked by the general secretaries of the Workers' Commissions and the UGT, in a demonstration of her true power, which does not reside in a party -Podemos is suspicious of her- but in the unions.

But surely Bildu and ERC will validate this decree.

And that is now the only priority of the second vice president: recompose the radical majority of the investiture to be able to complete the legislature and gain time in the meantime to launch her political project.

Díaz mocked yesterday the warnings made among others in his day by her partner Calviño -now mute-, and especially by the Bank of Spain.

And he boasted about the good health of the labor market.

What he did not mention is the leadership of Spain in the European unemployment ranking, nor the data that proves

the chronification of unemployment among young people

-especially among women-, stalled in 2007 for the purposes of access to a job.

Doesn't the left wonder why?

Precisely because of the overprotection of those who have already managed to access the system and the disdain towards those who want to do so.

are already suffering from the barrier to entry raised by these well-intentioned but counterproductive policies that,

under the alibi of reducing temporary employment and improving the purchasing power of work, they cause the supply of jobs to contract

What the Bank of Spain warned is that reintroducing rigidity in labor relations will slow down hiring.

Of course, employment is created after the labor collapse caused by the pandemic;

but not with the speed and range that it should.

In addition, the government prepares

He has claimed it by stepping down from the expert commission, which has registered several resignations.

María Jesús Montero has criticized his partners for working "in parallel", as if they had not been doing it since day one.

And as if he didn't agree

reach further into the already squeezed pockets of the middle class

, while scaring away investment and contradicting the rest of the EU governments.