Volcano on La Palma, latest news of the eruption live | The lava is 1,200 meters from the sea and experts warn of its danger: "It can rain crystals"

The La Palma volcano has entered a new phase this Monday in which it again generates strong strombolian explosions and has formed a large lava flow that ... 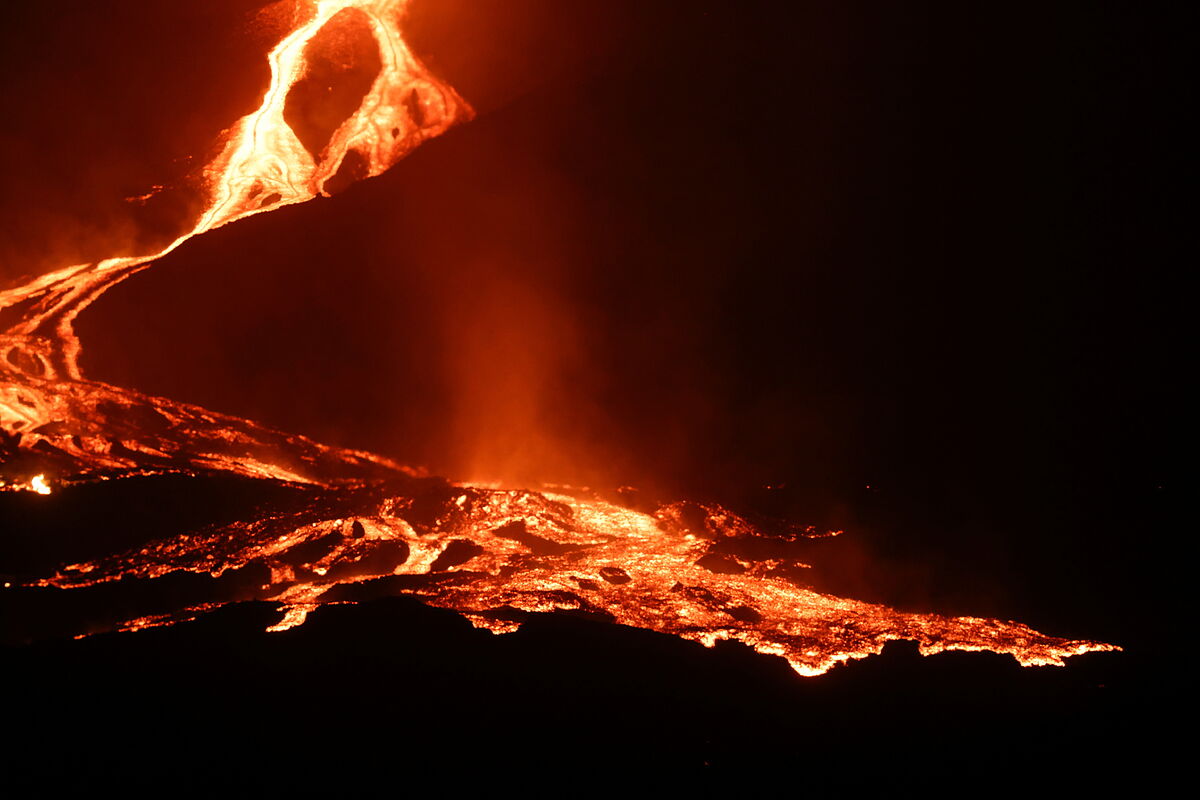 and has formed a large

that descends from its main cone along the path opened by the previous ones, after a day in which seemed to stop suddenly and its activity ceased for hours.

Not counting the large amount of lava that has been expelling since tonight, this eruption had already exceeded in just seven days the last one that occurred on La Palma, that of Teneguía in 1971:

the new volcano has emerged in a week.

while the Teneguía moved 43 million in 24 days.

, which now flows faster to the liquid being, already at some point reaching 1,200 meters from the sea, according to reports.

The contact of the lava with the sea is dangerous for the nearby population, due to the toxicity of the gas mixture but, also, because it could vitrify, be incorporated into the cloud and fall into a nearby environment in the form of splinters, according to has explained the expert in volcanology of the Illustrious College of Geologists (ICOG), José Luis Barrera.

According to the latest measurements from the Copernicus terrestrial observation satellite system,

, which in some sections can reach a thickness of up to 50 meters, has affected

The area covered by the volcano's ashes has extended to 1,507 hectares (193 more than the last estimate) and 18.9 kilometers of roads have been destroyed by the advance of the lava flows.

The number of people evacuated from their homes stands at about 5,600, after the approximately 200 residents evacuated on Friday due to the intensification of the eruptions could return to their homes on Sunday.