The devastating heat wave that hit British Columbia in Canada last week has resulted in the massive deaths of mussels, clams and other animals ... 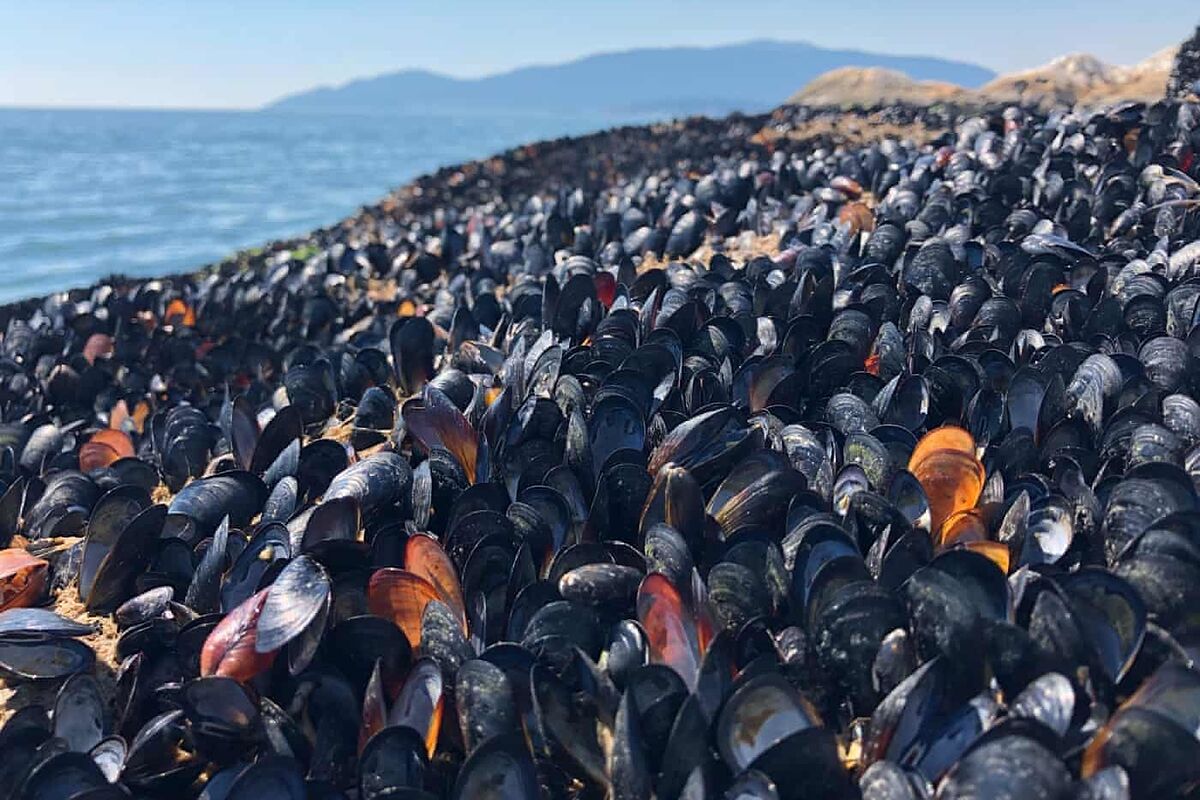 The devastating heat wave that hit

last week has resulted in the massive deaths of mussels, clams and other marine animals that live on the beaches of western Canada.

, a professor in the department of zoology at the

, found countless dead mussels open and rotting in their shells on

, a few meters from his residence in

Harley studies the effects of climate change on the ecology of the rocky coasts where clams, mussels and starfish live, so he wanted to see how the record heat wave that hit the area from 26 to 28 was affecting marine invertebrates. June, says the chain.

The expert estimates that millions of these animals, and even billions, could have died from the heat as if they had been cooked.

"I could smell that beach before I got there, because there were already a lot of animals," he said.

"I started taking a look at my local beach and I thought, 'This, this can't be good.'

In the wake of the heat wave, Harley and one of her students went to

, which she has been visiting for more than 12 years.

"It was a catastrophe there," he said.

"There is a very extensive bed of mussels that covers the coast and most of those animals had died."

Mussels stick to rocks and other surfaces and are used to being exposed to air and sunlight at low tide, Harley said, but generally cannot survive temperatures above 38 degrees Celsius for long.

were in that band and were even higher from June 26-28.

The heat wave that settled over Canada caused record temperatures in the interior of the country, while on the Pacific coast, where about 500 people died, dozens of fires created extreme weather conditions.

ScienceMiguel Ángel Quintana Paz: "The left has taken over the environmental discourse for its own benefit"