Kulmbach: Two dead in a crash with an ultralight aircraft in Upper Franconia

At an airfield in Kulmbach, an ultralight aircraft crashed after take-off. The two occupants died at the scene of the accident. The cause is still unclear, the Federal Bureau for Aircraft Accident Investigation is investigating. 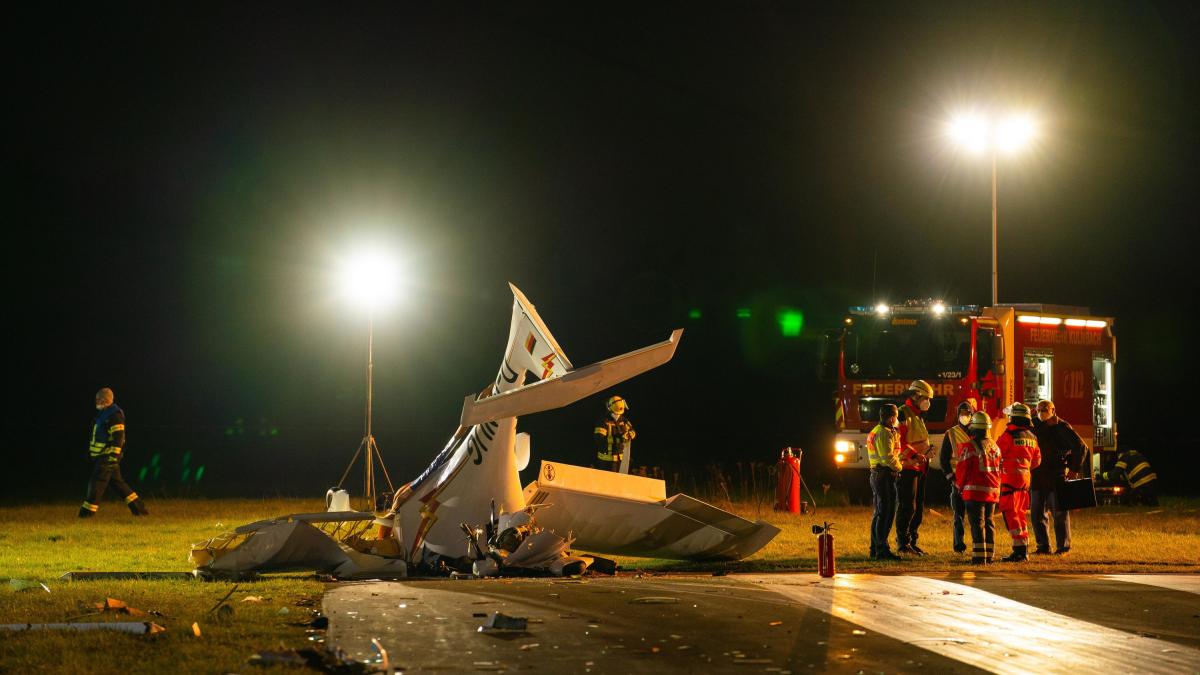 When an ultralight aircraft crashed on an airfield in Kulmbach, Upper Franconia, both occupants were killed.

The machine fell to the ground early on Thursday evening when it took off from a low height, rolled over and remained lying on the roof, the police said.

The cause of the accident was still unclear.

The Federal Bureau of Aircraft Accident Investigation was also involved, it said.

According to the information, the two occupants died at the scene of the accident. The fire brigade and the technical relief organization tried to turn the wreck in the evening so that they could get to the occupants. Due to the risk of explosion of the propellant charge for the safety parachute, this was initially not possible.