&amp; quot; I &amp; apos; m back &amp; quot ;. The same phrase, with its Spanish translation, that Michael Jordan pronounced in March 1995 on his return to the NBA accompanies a ... 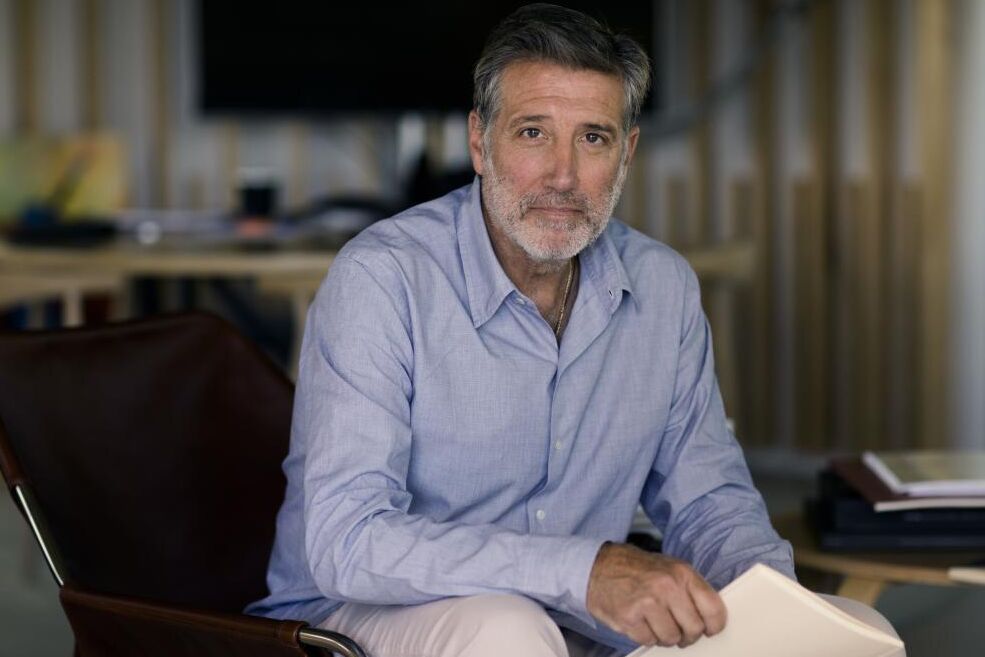 The same phrase, with its Spanish translation, that Michael Jordan pronounced in March 1995 on his return to the NBA accompanies an image of Emilio Aragón on a gray background.

" includes the poster that announces the return of one of the great figures of modern television in Spain to his medium.

And it is that 14 years after his last program -

at the dawn of La Sexta, a chain of which he is honorary president -

is back on television with Movistar to present

, a program of eight chapters that he will also direct without a release date.

as he himself has explained in

As explained from pay television, the format will combine interviews, live music, humor and cinema to achieve a "unique and different product in each of its deliveries."

"Everything is being very fun, very calm in this return," the presenter pointed out in his interview with David Broncano, who stressed that the question he has asked himself is for his return is: "why not?"

In his usual demonstration of a

, in this new stage, Aragón will act as presenter, musician and interviewer in

an original Movistar + program in collaboration with Caribe

A national artist will pass through the set in each of the installments, who will review his life through songs, some performed by Aragón himself, and his most important personal moments.

This will be the return to television of Emilio Aragón at the head of a program, since last March 23 he was seen a long time later on the small screen.

presents on La 1, and there were remembered some of the moments that have marked the career of one of the key men of modern Spanish television.

From a family of artists, Emilio Aragón's career began in his teens, under the name of

, along with his father Miliki, his uncle

But at 24 years of age, in 1983, he already had his own comedy program on public television -

Neither live nor direct

- and he had almost been booked as the presenter of

to do a test, I did the test when I still had pimples on my face and he told me that I could do it, but that I was too young," the director recalled in his reappearance last March on TVE. film producer, who also carries a

with its more than 7.5 million viewers and 40% screen share per season.

Emilio Aragón's television career is also based on

The Game of the Goose,

, all programs presented by him for at least one season.

, from which he will develop series such as

and programs such as

And aside from his television role, Emilio Aragón, born in Havana, has also developed a career in the world of cinema directing

However, the career in recent years of today's businessman has been away from the media, with the exception of some collaboration in

and the direction in 2017 of the series

and closer to his family.

"I consider myself a continuous apprentice and I am going to start cello classes with my grandson," he stated on his visit to Dani Rovira.

Classes that, as announced, will have to reconcile with his return to television.

MusicWhen indie set the pace for the series: "Unless I don't agree morally, I'll accept"