The "Eemslift Hendrika" was in distress on Easter Monday - the crew was taken off board, the freighter has been swaying on the open sea ever since. Two tugs were supposed to rescue the ship from its predicament. But the use was too dangerous in bad weather. 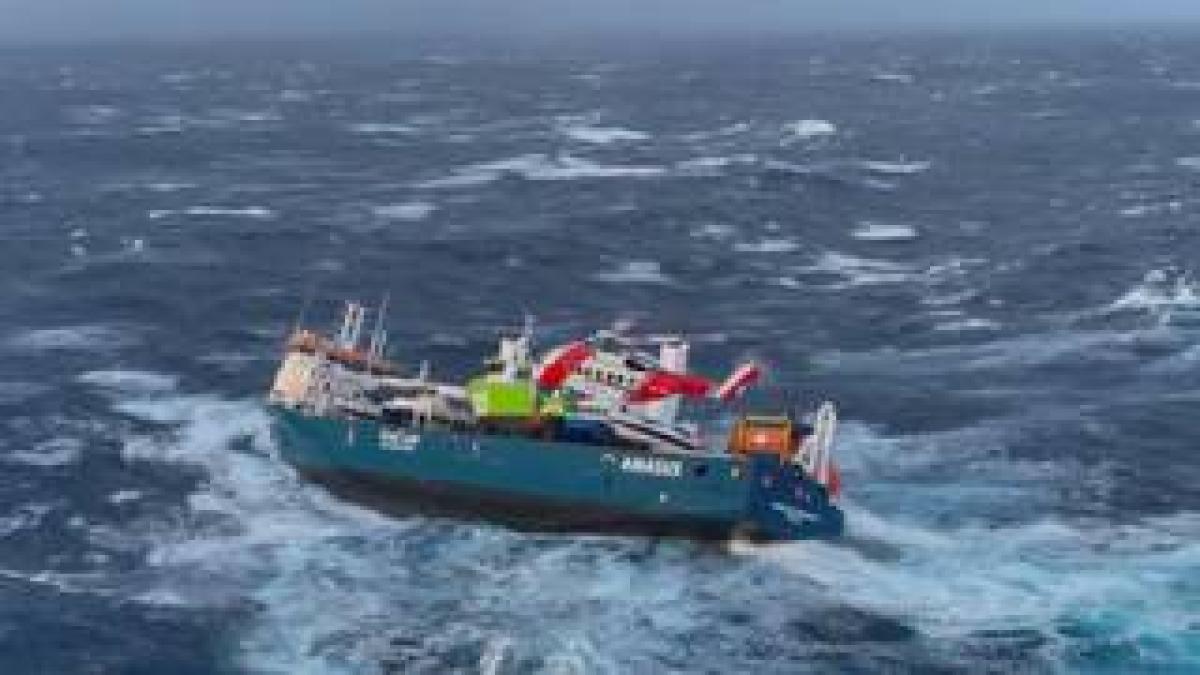 A cargo ship swaying violently in the sea has to stay on the open sea longer than hoped.

The rescue of the "Eemslift Hendrika" had to be postponed until Thursday due to bad weather in the area, the Norwegian coast administration announced on Wednesday.

Life and health would always have top priority.

Calculations also showed that the risk of the ship running aground was low.

On Thursday it should clear up, which makes it more likely that the action will then be successful.

Originally the "Eemslift Hendrika" was supposed to be brought out of its predicament on Wednesday.

Two tugs arrived at the ship during the night, which is floating in the water in the North Sea without a crew or propulsion system.

According to the plan, the tugs should actually pull the freighter ashore during the day.

First, however, emergency services had to be brought aboard the ship by helicopter in order to secure the towing lines.

According to the coastal administration, the tugs were chartered by the shipping company from the Dutch salvage company Smit Salvage.

Smit Salvage is a subsidiary of the rescue company Boskalis, which recently also took care of the rescue of the "Ever Given" in the Suez Canal.

The 112 meter long “Eemslift Hendrika” of the Dutch shipping company Amasus Shipping was on its way from Bremerhaven to Kolvereid on the Norwegian coast.

It had been listed on Easter Monday in bad weather and heavy swell after parts of the cargo had shifted, and set off an emergency signal.

The crew was taken off board by helicopter on Monday.

The ship then lost its propulsion power late on Monday evening.

The freighter has around 350 tons of heavy fuel oil and 50 tons of diesel on board.

On Tuesday evening, according to the coastal administration, he was around 40 to 50 nautical miles (74 to 93 kilometers) west of the city of Ålesund on the Norwegian west coast.