Pope Francis is currently in Iraq and will be visiting Mosul on Sunday for prayer time. Unesco launched, two and a half years ago, its initiative to "revive the spirit of Mosul" ... 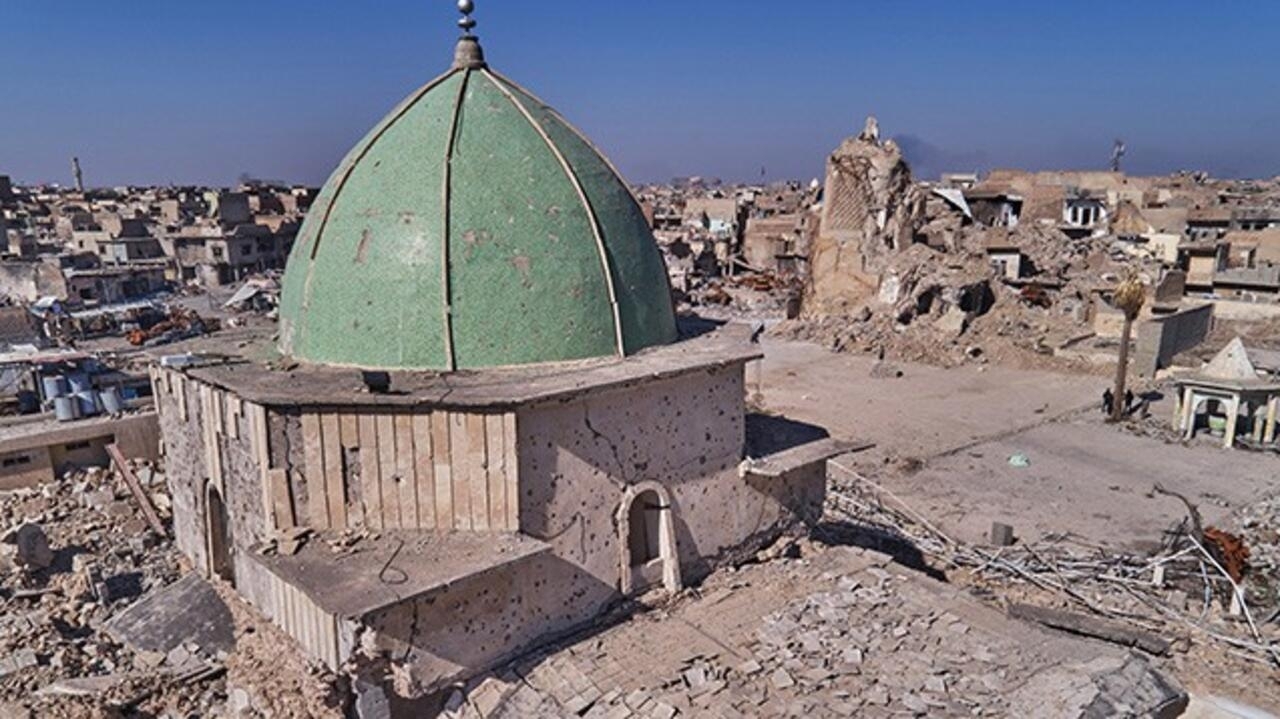 Unesco is working on rebuilding Mosul

The al-Nouri mosque, of Sunni worship, in Mosul, Iraq, with its millennial minaret.

Pope Francis is currently in Iraq and will be visiting Mosul on Sunday for prayer time.

Unesco launched its initiative to "revive the spirit of Mosul" two and a half years ago.

The historic center of the big city in northern Iraq was completely destroyed in 2014 under the reign of the Islamic State organization and during the reconquest of the city in July 2017. Unesco has undertaken to rebuild part of the common cultural heritage in order to support the human reconstruction of this city of two million inhabitants.

Since the year 1180, the al-Nouri mosque and its minaret have been the emblematic monuments of Mosul.

Largely destroyed during the occupation of the city by the Islamic State, they are being reborn from their ashes.

Under the aegis of Unesco, a fundraising campaign has already raised $ 100 million.

Half come from the United Arab Emirates, which has also chosen to rebuild two historic churches: the Syriac church al-Tahera, as well as the Dominican convent known as Our Lady of the Clock.

It was occupied by the Islamic State group which used it as a court and as a training center.

There was a lot of systematic looting but we are still lucky to have a roof, walls that hold and a presence of Christians.

This corresponds for them to the period of prosperity of their city.

They want to find this Mosul which has always been a bit like a mosaic.

Before even thinking of rebuilding, it was necessary to clear the rubble of the old town.

12,000 houses were destroyed in West Mosul during the war, the funds of the European Union but also those of Japan or Canada will be used to put back on their feet nearly 150 of them and some heritage palaces in order to give back a little of dignity to those who still live in the ruins.

For example the use and work of Mosul marble.

We are also training people to work with wood to make typical Mosuli windows.

We do not only train engineers, we also train craftsmen who will be able to work in buildings

"According to Paolo Fontani, this represents a thousand jobs which will also restore"

economic viability to the old town

For Ernesto Ottone Ramirez, Deputy Director of Culture at Unesco, “

Today, one of the fundamental parts we are working on is the conservatory where traditional music returns.

Libraries - whether university or public - and bookstores are becoming centers for promoting living together.

While waiting for the start of the works, the inhabitants of Mosul have chosen.

The minaret of the al-Nouri mosque should be rebuilt as time had made it, that is to say tilted.

Mosul: a fresco on the walls of the university to erase the stigma of the war

Reconstruction of Mosul: the United Arab Emirates get involved