Six years after the death of Rémi Fraisse, a tribute is paid to him in Sivens

A day of commemoration and struggle takes place this Sunday in the Testet area, in Sivens, where Rémi Fraisse died six years ago, killed by an offensive grenade launched by the police. 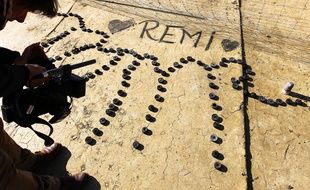 On the site of the Sivens dam project, a tribute to Rémi Fraisse.

“Six years ago, in the Sivens wetland, the state killed.

This is how the call to commemorate this Sunday in the Testet area, in the Tarn, begins the sixth anniversary of the death of Rémi Fraisse.

During the night of October 25 to 26, 2014, in full mobilization against the creation of a dam on the Tescou, this young botanist, a volunteer within the Nature Midi-Pyrénées association, was killed by an offensive grenade launched by a gendarme .

Over the past six years, the family of the young activist has embarked on a legal fight for accountability to be established.

But last January, the investigative chamber of the Toulouse Court of Appeal confirmed the dismissal in favor of the soldier behind the grenade fire.

And all hope of a trial for his relatives has faded.

6 years ago, Rémi Fraisse, a volunteer of the @FNEasso movement, died defending the Testet wetland against the destructive project of the #Sivens dam.

Our hearts go out to him and his family, on the eve of this anniversary, to pay tribute to him.https: //t.co/b8p1NLCGvB

This Sunday, the collective of "inhabitants of here and elsewhere", which calls for demonstrations on the site, is mobilizing against the violence of the State in general.

But also "to prevent the State from carrying out its project: to dig a dam on the scene of Rémi's death".

Because if the initial version of the Sivens dam was abandoned, a new, smaller water reservoir was created as part of the Tescou valley territory project.

A project on which farmers and environmental activists still do not agree and which was the subject of a mobilization of both camps a month ago.

“We are also here because the time is no longer to waste water, but to convert agriculture to agroecology.

The territories we inhabit are our common goods!

They do not belong to our elected officials any more than to the water or agribusiness lobbies, ”plead the activists who will meet on the site to picnic and pay tribute to Rémi Fraisse.

Death of Rémi Fraisse: Five years later, "no lesson has been learned from what happened in Sivens", according to the family lawyer

Tarn: Will there be a new dam project at Sivens?

The question will be decided on Monday