Syria: a demonstrator and a policeman killed during violent demonstrations in Soueida

A protester and a policeman were killed and four others injured in the southern Syrian town of Soueida on Sunday. Security forces opened fire on protesters… 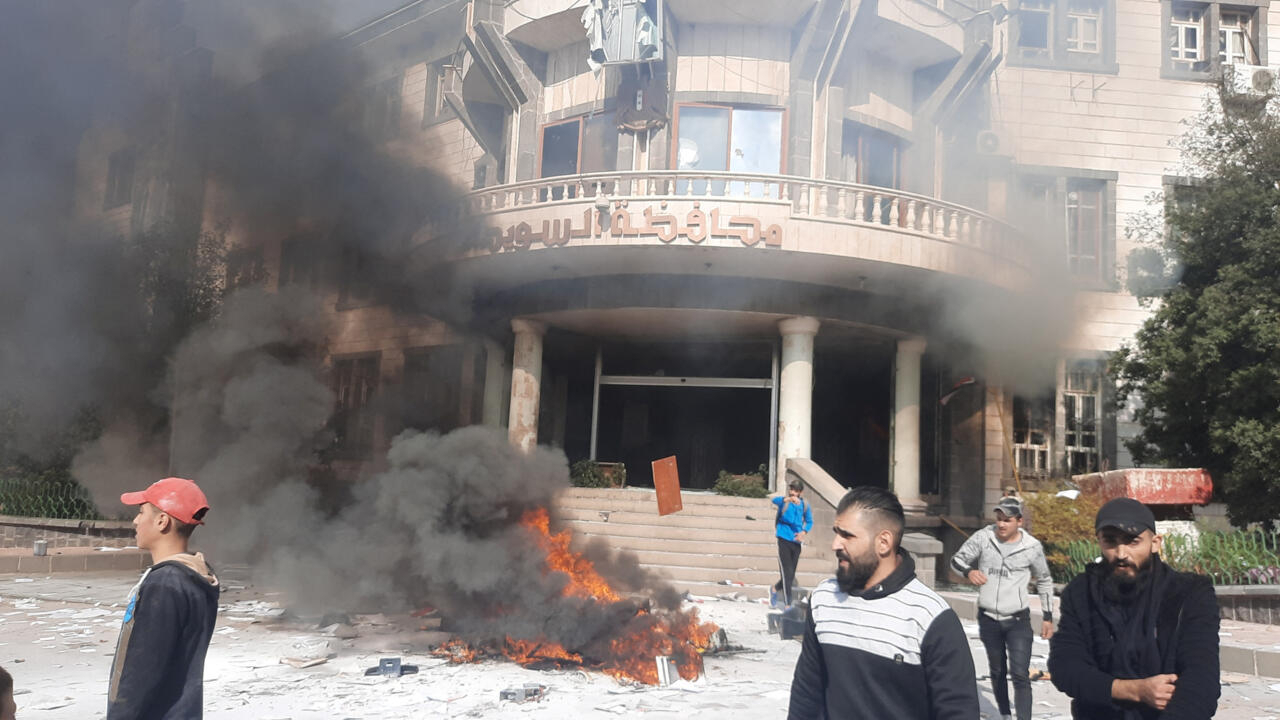 Syria: a demonstrator and a policeman killed during violent demonstrations in Soueida

Smoke rises near a building as people take part in a protest in Soueida, Syria, December 4, 2022. Suwayda 24 via REUTERS - SUWAYDA 24

A protester and a policeman were killed and four others injured in the southern Syrian town of Soueida on Sunday.

Security forces opened fire on demonstrators protesting against the deterioration of their living conditions.

State television spoke of “acts of vandalism against public buildings”.

A precarious calm reigned Sunday evening in the Syrian city of

, capital of the eponymous province, after violent demonstrations of anger against the deterioration of living conditions and the draconian rationing of electric current.

In the evening, two explosions were heard near the governor's residence, according to the Syrian Observatory for Human Rights.

A few hours earlier, hundreds of people stormed the seat of the governorate, chanting slogans calling for "

the fall of the regime

Protesters tore down a giant portrait of President

before setting fire to a military vehicle.

The security forces used firearms to disperse the crowd and exchanges of fire took place with armed men.

90% of the population below the poverty line

The predominantly Druze town of Soueida remained loyal to the power of Damascus during the years of revolt.

It has been shaken by a protest movement

Residents are exasperated by the deteriorating living conditions in a country where 90% of the population lives below the poverty line due to war and Western sanctions.

The Druze demand that the conscripts of the province not be transferred to other regions of the country, which the central power categorically refuses.