Yesterday, gold prices recorded increases of between six and 7.5 dirhams per gram, compared to their prices at the end of the previous week. 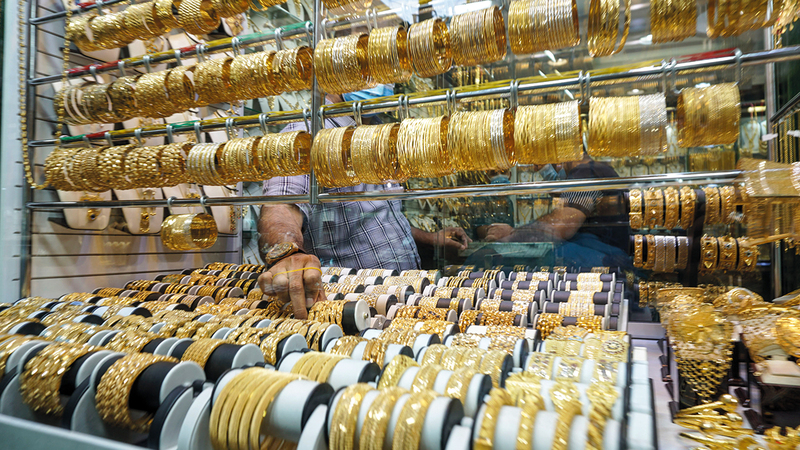 The price of a gram of 22 carat gold recorded an increase of 7 dirhams.

Yesterday, gold prices recorded increases of between six and 7.5 dirhams per gram, compared to their prices at the end of the previous week, for the yellow metal to continue its rise for the second week in a row, recording increases that totaled 11.25 dirhams per gram, which contributes to the slow demand for crafts. Gold, coins and gold bars.

The director of the "Hayat Jewelery" store, Dilip Dehkan, said that the continued rise in gold prices in large proportions compared to the previous four weeks, contributed to the slow demand for gold works, coins and gold bullion.

He added that the markets witnessed a limited demand for gold jewelry, with anticipation for the return of recording new price drops.

For his part, the director of the "Baghdad Jewel" company for gold and jewelry trading, Victory Ward, attributed the slow demand in the gold markets to the high price limits of gold, and most dealers went to buy in times of significant price declines during the previous weeks.

He stressed that the absence of stimulating occasions for buying was one of the factors that had an impact on the activity of demand in the markets recently.

In the same context, the director of sales at the «Anan Jewelery» store, Abdulaziz Al-Khatib, said that the successive rises in the prices of the yellow metal prompted a number of dealers to postpone purchase decisions for new gold jewelry, in anticipation of any declines during the coming period.