"Feeling of complete stability": the head of NSPK Komlev - about cashless payments and the transition of Russians to MIR cards

Against the backdrop of Western sanctions against the financial sector, the share of non-cash payments in Russia has not only not decreased, but continues to grow. It is expected that by the end of 2022, more than 75% of all settlements in the country will be carried out without the use of paper money, Vladimir Komlev, head of the National Payment Card System (NSPK), said in an exclusive interview with RT on the sidelines of SPIEF. According to him, after the withdrawal of Visa and Mastercard from Russia, the volume of issuance of cards of the domestic MIR platform increased four times. In addition, Russians increasingly prefer to pay for purchases through the fast payment system (FPS). As Komlev noted, in total since 2019, more than 1.8 billion transactions for a total amount of more than 10 trillion rubles have been made in the SBP. 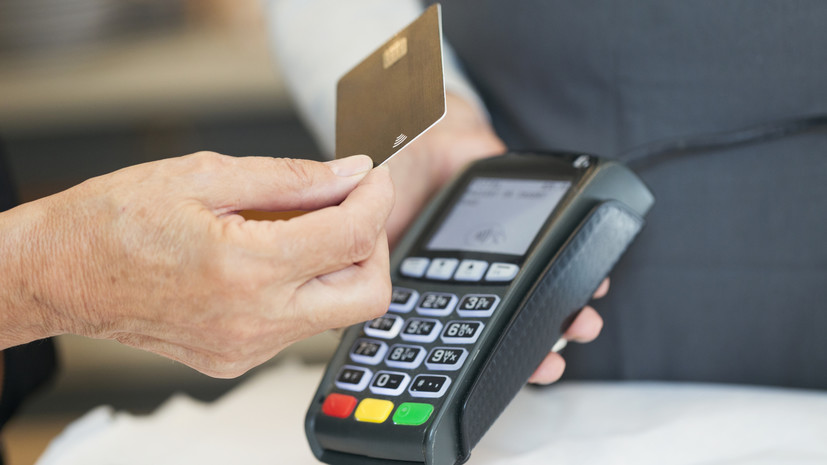 - According to the Central Bank, over the past five years, the share of non-cash payments in Russia has more than doubled and now stands at about 75%.

How can Western sanctions and the withdrawal of foreign payment systems from the country affect this indicator?

- A share of 75% is already a very high bar, which indicates the presence of a mature cashless market in the country.

It takes into account both transactions on electronic wallets and transfers in favor of trade enterprises.

However, card payments and operations in the fast payment system, of course, play a key role.

Although growth slowed down after Visa and Mastercard withdrew from the market and ceased to provide a number of in-demand services, the number of card transactions still continues to increase at a double-digit rate as a percentage of the previous year.

This happens with the help of the MIR system, the development of the SBP and support for the work of cards of the departed payment systems.

That is, it is still a very fast growing market.

We expect that according to the results of 2022, the value of 75% will not only not decrease, but will continue to increase.

— How much has the demand for cards of the Russian MIR platform changed in this case?

If back in 2021, 4 million cards were issued from January to April, then for the same period of the current year, the value was 16 million. In total, at the moment, 130 million cards of the MIR system have been issued in Russia.

I would not say that such a sharp growth is connected precisely with the departure of Visa and Mastercard from Russia.

The cards of these payment systems still work within the country, and transactions on them are processed through the NSPK.

Moreover, many banks have extended their validity period for the convenience of Russians.

Another thing is important: it is with MIR cards that today you can get the maximum number of services, a feeling of complete stability, reliability and uninterrupted payments.

A number of users of these cards can still pay for purchases using a smartphone through the Mir Pay and Samsung Pay applications.

If we talk about the benefits, then you can, for example, get a cashback for paying utility bills, travel by public transport or traveling around Russia.

— Can you already say how many MIR cards will be issued at the end of the year?

— It is still difficult to give accurate forecasts, but we expect a dynamic increase in the indicator.

The most important thing for the payment system is not the number of issued cards, but the activity of their holders.

Today, more than 500 million transactions take place monthly within the framework of interbank transactions through the MIR payment system.

These numbers continue to grow.

— In what regions of the country are MIR cards in greatest demand?

— The most active regions in terms of the number of transactions that are made in the system are Moscow, the Moscow Region, St. Petersburg, the Krasnodar Territory, Yekaterinburg and the Sverdlovsk Region.

In these regions, we have a very high user activity.

However, I note that MIR cards are actively working throughout Russia and even beyond its borders.

Now they accept payments in ten countries, but we do not forget about the expansion of geography.

We have technical readiness to connect any states.

In this matter, mutual movement is important so that foreign partners also show interest in joining.

— How has the volume of money transfers through the fast payment system changed under the sanctions?

Here we are talking about both p2p transfers (interbank transfers from one person to another), and transactions in trade.

Now we have more than 250 thousand trade and service enterprises using the SBP as a payment method.

The number of people who use cashless payment for goods and services at retail outlets has grown from 9 million to 16 million in the first four months of 2022.

Merchants have cost advantages when using SPB, including commission refunds.

In general, this service is popular not only among small and medium-sized businesses, but also among large companies.

In particular, it is used by gas station chains and electronics stores.

Thus, the SBP is developing at a faster pace.

— How often do Russians pay for purchases using a QR code using SBP?

How has the number of such transactions changed since the beginning of the year?

— This segment is one of the fastest growing in the structure of non-cash payments.

The system allows small and medium-sized businesses to save on commissions, where this service is most in demand.

It is becoming popular among individuals as the application for this type of payment becomes more convenient.

Today, for example, you can pay for a purchase not only with a QR code, but also with a smartphone with one touch through NFC tags.

Since the launch of the SPB, more than 1.8 billion transactions have been completed in the system for an amount exceeding 10 trillion rubles.

If we compare the data of the first quarter of 2022 with the same period of 2021, then the number and volume of payments in the c2b segment (transfers from a client to a business) using QR codes have quadrupled.

- From May 1, the limit of one transaction in the SBP was increased from 600 thousand to 1 million rubles.

How has the average transaction size changed?

— The changes had a positive impact on the growth and demand for the system.

At the same time, the average transaction check, on the contrary, is declining.

For the first four months of 2022, it amounted to 4.6 thousand rubles.

For comparison: for the same period in 2021, the indicator was at around 5.7 thousand rubles.

This suggests that the demand for SBP among Russians is growing and citizens are increasingly using it for smaller daily purchases.