Zhong Zhengsheng: After the "flooding" in the United States, there are three major concerns about the trend and outcome of inflation

Zhong Zhengsheng, Chief Economist and Research Director of Ping An Securities [Viewing the United States] Zhong Zhengsheng: After the United States "flooded", there are three major concerns about the trend and outcome of inflation   Since the new crown epidemic, the phenomenon of overseas high inflation caused by supply shocks has not eased significantly, and the geopolitical conflicts this year 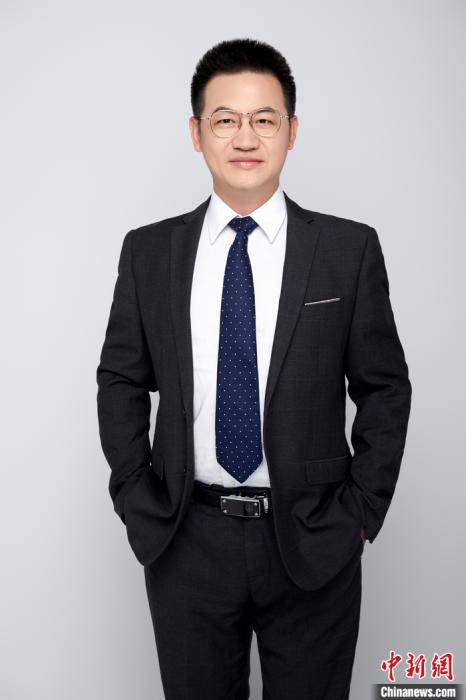 Since the new crown epidemic, the phenomenon of overseas high inflation caused by supply shocks has not eased significantly, and the geopolitical conflicts this year have made the global inflation problem even worse.

The U.S. fiscal stimulus has played an unprecedentedly important role in this round of counter-cyclical regulation. Under the fiscal subsidy, the consumer demand of U.S. residents recovered for the first time (even higher than the level before the epidemic), while the recovery of labor supply, goods and service production activities lags behind. Created a contradiction between supply and demand and inflationary pressures.

At this stage, the Fed needs a certain degree of "stagnation" in exchange for the moderation of "inflation", but it will still maintain policy flexibility.

If U.S. inflationary pressure eases in the second half of the year, the Federal Reserve may moderately slow down the rate hike process to minimize the risk of a “hard landing” for the U.S. economy.

Why is U.S. inflation soaring?

The background of this round of overseas high inflation is that supply shocks and policy stimulus are superimposed, the macro cycle has experienced "severe recession + strong rebound", and the dislocation of supply and demand has pushed up inflation.

Taking the United States as an example, the volatility of its economic cycle is unprecedented: from the fourth quarter of 2019 to the second quarter of 2020, the average quarter-on-quarter (annualized rate) of the US GDP shrank by a record 19.2%, the worst since 1947. decline.

But the speed with which the U.S. is recovering from a recession is also rare: U.S. GDP growth averaged a whopping 18.3% quarter-on-quarter (annualized) between the second and fourth quarters of 2020.

A strong economic recovery, in addition to the impact of the weakening of the new crown virus threat, is also inseparable from unprecedented monetary and fiscal policy stimulus.

The US fiscal stimulus has played an unprecedentedly important role in this round of counter-cyclical regulation.

Under the guidance of Modern Monetary Theory (MMT), the "hand" of monetary policy is longer, that is, fiscal policy cooperates with monetary easing to form a more direct stimulus to the demand side.

After the outbreak of the new crown epidemic, the US government used fiscal means far exceeding the output gap to directly subsidize residents and enterprises.

According to the International Monetary Fund (IMF), general government spending in the United States will reach $9.7 trillion in 2020, an increase of 1.8 trillion over 2019, accounting for 45% of GDP. It is expected that this figure will be 42% in 2021, both higher than levels after the 2009 international financial crisis.

Under the financial subsidy, the consumer demand of U.S. residents recovered immediately (even higher than the level before the epidemic), while the recovery of labor supply and production activities of goods and services lagged behind, creating a contradiction between supply and demand and inflationary pressure.

Since the beginning of this year, the situation in Russia and Ukraine has triggered new supply shocks, international energy and food prices have risen, the stability of the international supply chain has been impacted, and the risk of global inflation has increased.

The "inflation" of the overseas economy has become a catalyst for "stagnation", and the hidden worries of "stagnation" cannot be ignored.

Taking the United States as an example, uncertainty about the U.S. medium-term economic outlook (the second half of 2022 and beyond) has risen.

Historically, consumer confidence tends to decline rapidly during periods of rapid U.S. inflation, including three periods in the 1970s, 1980s and 1990s when the U.S. CPI inflation rate exceeded 5%.

At the same time, the Federal Reserve's economic forecast in March significantly lowered the real GDP growth rate of the United States in 2022 by 1.2 percentage points to 2.8%.

What is the next step for overseas inflation?

We predict that under the neutral scenario, the US CPI may fall to around 6% year-on-year by the end of 2022, and the PCE may be around 4.5% year-on-year.

We believe that there are three major concerns for the trend and outcome of this round of overseas inflation:

One is how effective monetary tightening is.

The Fed announced in May that it would raise interest rates by 50 basis points to 1.00-1.25%, and the path of future interest rate hikes is still uncertain.

According to CME (Chicago Mercantile Exchange) data, as of May 8, the interest rate futures market expects that the U.S. policy interest rate will likely reach around 2.75-3.00% by the end of this year, which is higher than the "neutral level" of 2.5%.

At the same time, the Federal Reserve has announced that it will begin to shrink its balance sheet in June, initially with a monthly reduction of $47.5 billion in assets as a ceiling, and will expand the ceiling to $95 billion three months later.

With the Fed tightening, strong demand, especially for durable goods and home purchases, is expected to be subdued in real terms.

The second is whether the supply shock can subside.

Cost-push inflation brought about by supply shocks is an important cause of the "Great Stagflation" in the United States in the last century.

At present, supply shocks such as energy transition, supply chain disruption, and geopolitical conflicts are still driving up global inflation.

However, we have also seen that this round of the United States' ability to absorb supply shocks may be stronger than that of the last century. After the shale oil revolution, US oil production has greatly increased, and the proportion of US energy expenditure in GDP has dropped by nearly half compared with that at the time.

It is expected that in the second half of this year, with the acceleration of U.S. oil production and the improvement of supply chain bottlenecks, the cost-push inflation pressure in the United States is expected to ease.

The third is whether an economic recession will come.

In a sense, the return of inflation is an inevitable outcome, and uncertainty lies in the strength of monetary policy required and the cost of economic growth.

Goldman Sachs' latest estimate puts the risk of a U.S. recession at 35 percent in the next two years.

The risk of a U.S. recession this year is expected to be relatively limited, with this round of "economic bottom" likely in 2023, but the magnitude of the slowdown (or recession) in economic growth will depend on the Fed's monetary policy.

The Fed needs a certain degree of "stagnation" in exchange for "inflation" moderation, but will still maintain policy flexibility.

If U.S. inflationary pressure eases in the second half of the year, the Federal Reserve may moderately slow down the rate hike process to minimize the risk of a “hard landing” for the U.S. economy.

(Author Zhong Zhengsheng, Chief Economist and Director of the Research Institute of Ping An Securities)