The Arabian Travel Market will kick off next May with the participation of 1,500 exhibitors

RX International, the organizer of the Arabian Travel Market, revealed that the 29th edition of the exhibition, which will be held in Dubai from May 9-12, will witness the participation of 1,500 exhibitors and representatives from 112 global destinations, and the attendance of about 20,000 visitors. expected, noting that the version of 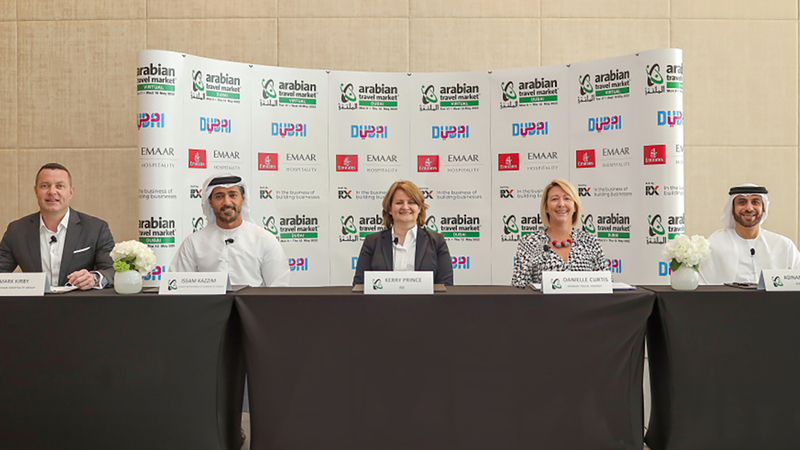 The Arabian Travel Market will kick off next May with the participation of 1,500 exhibitors

During the press conference to announce the Arabian Travel Market exhibition.

RX International, the organizer of the Arabian Travel Market, revealed that the 29th edition of the exhibition, which will be held in Dubai from May 9-12, will witness the participation of 1,500 exhibitors and representatives from 112 global destinations, and the attendance of about 20,000 visitors. It is expected, noting that the in-person version of the exhibition will be followed by a virtual version from May 17-18, 2022.

The company stated during a press conference held in Dubai yesterday, that the exhibition, in line with its slogan for the current year: “The Future of International Travel and Tourism”, will include a large number of sessions and events, allowing industry professionals from around the world to discuss current trends and explore long-term opportunities in the fields of Travel, transportation, tourism, hospitality, events and attractions.

Issam Kazim, Executive Director of the Dubai Corporation for Tourism and Commerce Marketing, said, "The Department of Economy and Tourism in Dubai is keen to be a major part of the Arabian Travel Market."

He added: "This participation allows us to discuss the opportunities for sustainable growth of the tourism sector, in line with the vision of His Highness Sheikh Mohammed bin Rashid Al Maktoum, Vice President and Prime Minister of the UAE and Ruler of Dubai, to make Dubai the preferred destination in the world to live, work and visit."

He continued, "Dubai has continued its progress and growth since resuming its economic activities and receiving international visitors in July 2020, at a time when joint efforts contributed to achieving more achievements."

Kazim stressed that Russia is still an important market for tourism for Dubai.

He added that "Russian tourists are still visiting Dubai, which will remain open to receive them."

For his part, Chief Commercial Officer of Emirates Airlines, Adnan Kazim, said: “We currently operate in more than 130 passenger destinations, with our entire fleet of (Boeing 777) aircraft, consisting of 140 aircraft, and 70 aircraft of the (A380) model. By the end of 2022, we aim to operate about 90 A380s.”

He added, “With the opening of the Arabian Travel Market exhibition this year, we will have reached the deployment of more than one million seats across the network per week,” noting that this represents about 70% of the carrier’s capacity before the “Covid-19” pandemic, which will rise to 80% by summer.

He stated that the carrier is focusing on restoring the rest of its network, while easing restrictions in certain countries, and other operational factors, pointing to the restoration of more than 90% of the carrier's global network, at a time when it continues to spread capacity and increase flights.

In the same context, Danielle Curtis, exhibition director of the Arabian Travel Market Middle East, said, “Dubai provides an unparalleled environment for entrepreneurs and start-ups that drive progress in the field of travel, tourism and hospitality, where the effective development and implementation of technology is essential to their operations. Our daily industry, in addition to its sustainability and long-term success.”

As for the executive director of growth at Rx International, Keri Prince, she expected that commercial travel expenses in the Middle East will rise by 32% this year, according to the World Travel and Tourism Council.

• Russia is an important market for tourism.. Dubai's doors will remain open to receive Russian tourists.