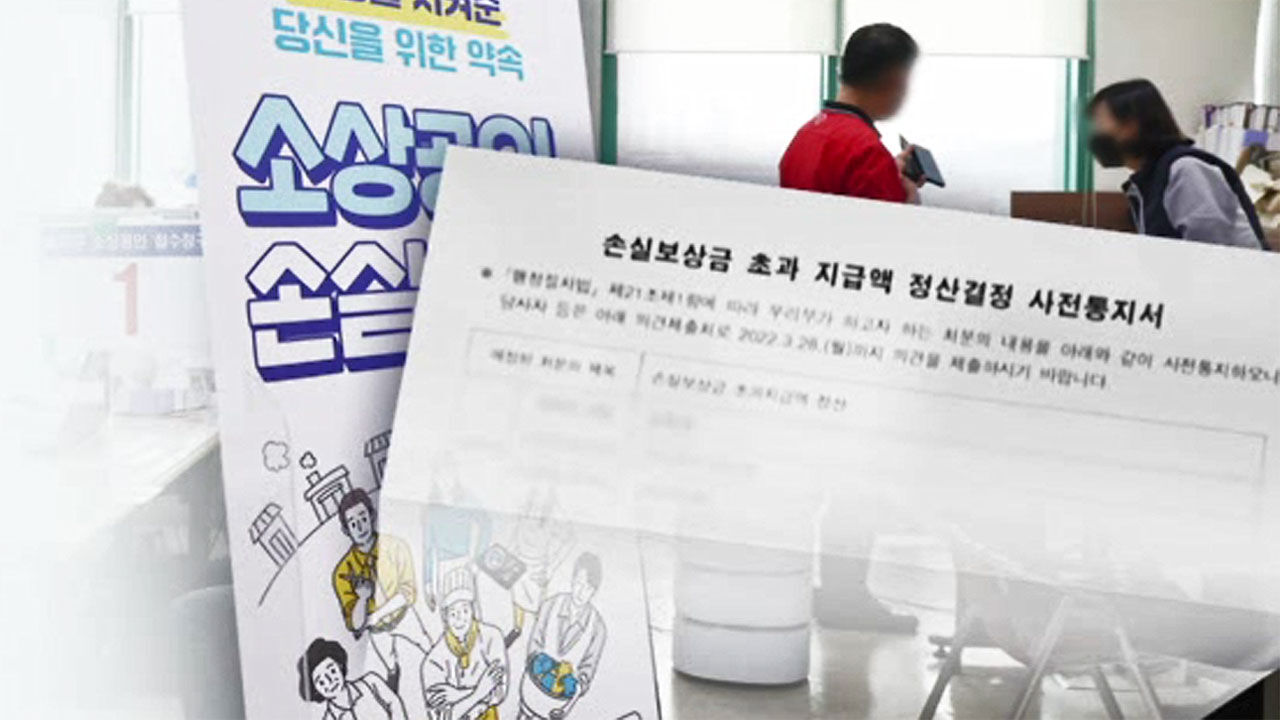 Self-employed people affected by COVID-19 are in a situation where they have to vomit again after receiving compensation for their losses.

They said that the calculation was wrong and I had to return the money I received, but there are cases where I have to pay 99.9 million won after receiving 100 million won. .

This is an exclusive report by reporter Im Tae-woo.

is a children's swimming pool in Seoul.

Even though it costs a lot of money every month for cleaning, water quality management, and rent, group classes have been canceled one after another due to government directives, resulting in a cumulative deficit of several hundred million won.

Fortunately, I received 100 million won as a loss compensation in the third quarter of last year and wanted to breathe, but I was recently notified to return 99.9 million won minus 100,000 won.

[Kim Ji-young/CEO of children's pool company: I am preparing all of the employees' salaries, management fees, and rental fees through additional loans, so how can I compensate for the loss now...

Even if they say it's a refund, this is a story that is not likely to be implemented.]

The owner of this kids cafe in Gyeonggi-do has to spit out 20 million won out of 25 million won in compensation, but the money he received has already been used up to pay off debts.

I couldn't pay it all, I paid some.

I was preparing to hold on again and pay a portion of the loss compensation when it comes out in the fourth quarter...

Rather, I was made to owe the government more, right?]

This absurd administration of 'give and take' was due to the fault of the Ministry of SMEs and Startups.

The National Tax Service retrieved the tax data of the self-employed and calculated the compensation, but the program was made incorrectly and entered the wrong number to calculate.

[Ministry of SMEs and Startups: 'Operating profit' cell (Khan), we should have called something like this, but we said we were coding like that, but it didn't happen.

When I checked, the compensation came out differently because I had called in another cell.]

But later, when I found out about this, a few months passed and I was notified to return the overpaid compensation.

In particular, business owners who opened just before the corona virus have to pay a fairly large amount of money back because the compensation is too small compared to the accumulated deficit.

If I had not paid compensation for the loss in the first place, I would have closed the business earlier or used other methods to reduce the damage.

More than 40,000 people were able to vomit out the compensation received in this way.

Although the Ministry of SMEs and Startups said they would get all the money back according to the procedure, they are not apologizing for their mistakes that caused the chaos.