Spain definitely loses what was its first gas pipeline and the one with the greatest supply capacity for now: the so-called GME (Maghreb-Europe) that runs through Morocco. A) Yes... 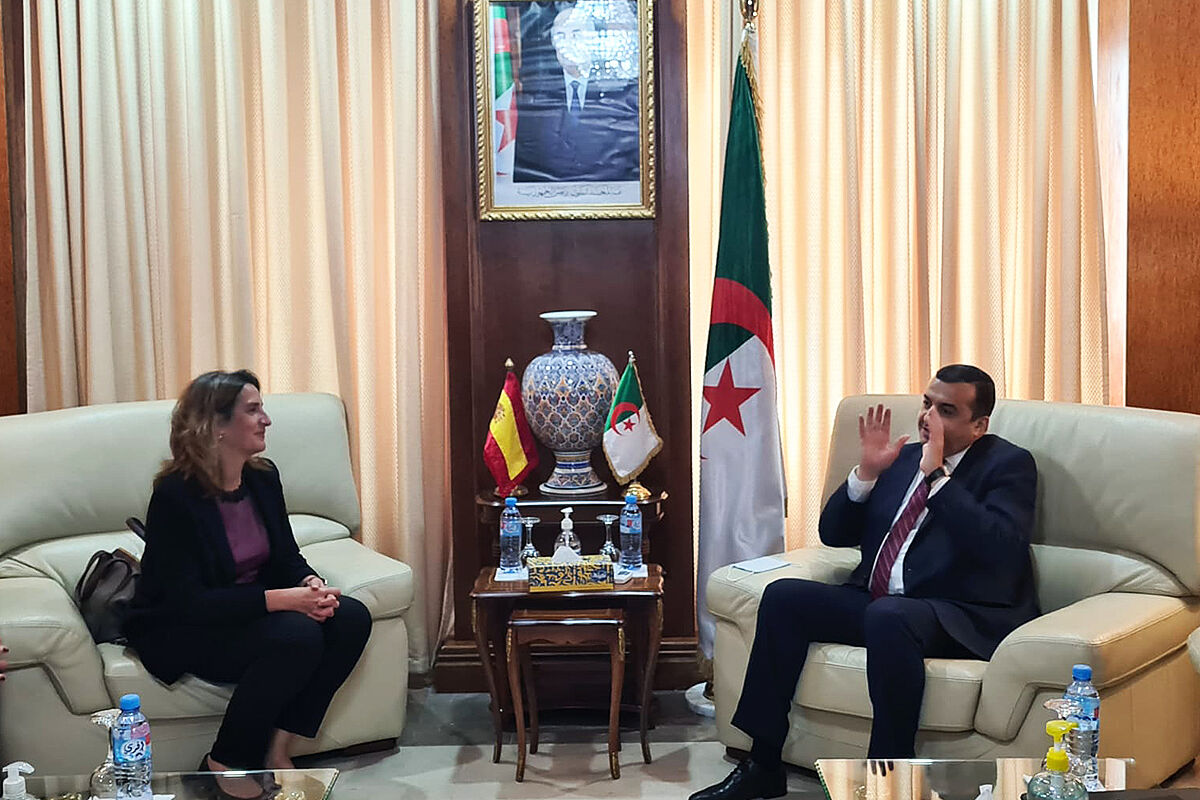 Spain permanently loses what was its first gas pipeline and the one with the greatest supply capacity for now: the so-called GME (Maghreb-Europe) that crosses Morocco. This has been admitted by the third vice president,

, after her lightning visit to Algiers, although she has assured that this will not imply gas supply problems to Spain. "It expires on October 31," Ribera confirmed, but has played down the importance because he sees ways to fill the void left by this strategic infrastructure. "Not only has the total guarantee with respect to the supply volumes agreed today been made explicit,

but also the opening to study

an increase in demand from Spain, "said the minister, who went to the Algerian capital four days before the expiration of the gas pipeline concession.

other European countries, such as Germany, are reinforcing the purchase of this source of energy

by gas pipeline, considering it a much safer route than by methane tankers.

Only the direct gas pipeline with Morocco remains, the so-called Medgaz, which is going to be strengthened, but which does not yet reach the capacity of the one that crosses Morocco.

The latter recently contributed about 4 bcm (4,000 million cubic meters) but its capacity is much higher in the event of a crisis.

The most immediate problem is whether, as is happening in the current gas crisis, it is necessary for Spain to increase demand this winter without already having one of its connections. In this scenario, Ribera has affirmed that the Algerian Government is willing to evaluate how to meet this need in Spain. The country thus remains at the expense of the "guarantees" offered by Algeria. The call for the tranquility of Ribera comes a month after another similar one by the Foreign Minister,

, also on a lightning visit to Algiers to save the supply.

The outcome occurs despite the fact that the Spanish Government assured that the decision taken on the closure of the gas pipeline was not yet in place. What Algerian President

a few weeks ago

. "We no longer need the

to supply Spain," he said, referring to the infrastructure that runs through Morocco and that supplies up to 15% of the gas that Spain consumes, as this newspaper published on the 17th. "If there is a breakdown, we have agreed with our Spanish friends that it will be done by boat."

Ribera met this morning with

, Minister of Energy and Mines of Algeria.

This has assured that the conversation has been "serene" and has shown willingness to agree "on the way to proceed" in case Spain needs more gas.

He described the relationship as "very good" in a brief statement to the media in Algiers.

"Thank you for your support," Ribera replied in correct French.

"It is a scheduled visit and it has been delayed too long," he justified.

"They have given us guarantees to honor the contracts with Spanish companies," reiterated the vice president, who

has not commented at what price any eventual Spanish demand

Worse still is Morocco, which the diplomatic crisis with Algeria last August costs it a safe way of supplying gas, since it retained a part of that exported to Spain.

Energy crisis All the keys to the gas war