How does the Henan rainstorm loss insurance industry compensate? 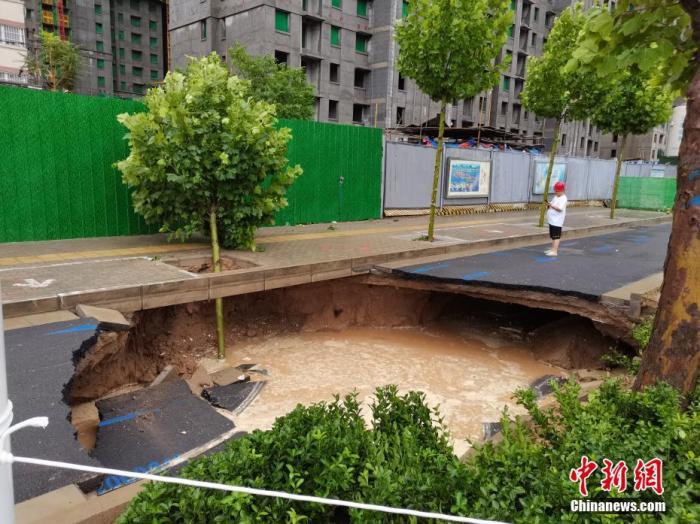 The heavy rains in Henan have caused disasters, and all parties are struggling to rescue them. How can insurance be used to minimize the losses of the people?

During this heavy rainfall, the 1-hour rainfall in Zhengzhou, Kaifeng and other places exceeded 100 mm. Among them, the maximum hourly rainfall at the Zhengzhou Meteorological Observatory reached 201.9 mm, which significantly exceeded the insurance industry’s measurement of "torrential rain".

The next question is, what losses can be compensated?

On July 21, Henan, Zhengzhou, the second day of heavy rain, after a night of rescue and rescue, the accumulation of water in the stagnant water section decreased significantly, but there were still serious water accumulations in many places on the street.

The picture shows the streets of Zhengzhou after the flood subsided.

Heavy rain disasters affect personal safety and even cause casualties.

Personal accident insurance refers to insurance in which the insured suffers from an unintentional, external, or sudden accident, which causes physical injury and disability or death. The insurance company assumes the liability for compensation in accordance with the insurance contract.

On July 20, Zhengzhou, Henan, vehicles passed through the section of the water.

Recently, Zhengzhou has been hit by heavy rains, and the continuous heavy rains have caused serious water accumulation in some streets.

During heavy rains, serious waterlogging occurred in cities such as Zhengzhou, causing vehicles to be flooded and soaked. Car damage insurance was the main insurance type for compensation.

Car damage insurance is applicable to compensation for vehicles inundated due to water in the garage, trees and stones falling due to heavy rain and causing injuries to the vehicle.

It is worth mentioning that before China implemented comprehensive auto insurance reforms in September 2020, engine damage caused by water ingress did not fall within the scope of auto damage insurance compensation, and additional insurance for engine water damage was required.

After the comprehensive reform of auto insurance, engine flooding losses have been covered by auto damage insurance.

However, it should be noted that insurance companies usually do not cover engine losses caused by the "second launch" of vehicles after flooding.

Therefore, if the vehicle stalls while wading in the water, the owner should avoid re-starting the engine to cause damage to the engine and increase additional losses.

In the heavy rain disaster in Henan, the reports received by insurance companies were mainly auto insurance.

At present, many insurance companies have launched a green channel for claims settlement to simplify related procedures.

Home property insurance is not insured

Under heavy rainfall, people with lower terrain may be flooded with water, causing damage to houses and properties.

Home property insurance can provide protection for the main body of the house, house decoration, household appliances, furniture and other indoor properties. It usually involves fire and explosion, falling of objects in the air, collapse of external objects and natural disasters, including heavy rain.

However, this type of insurance has certain restrictions on the scope of compensation for indoor property.

The reporter checked the property insurance clauses of many insurance companies and found that the subject matter of insurance mainly includes household appliances, clothing, furniture, etc., but not gold and silver, jewelry, jewellery, currency, securities and other properties that cannot be valued.

In addition, home property insurance usually only insures the commercial housing that the insured has legal property rights, the structure of which is steel-concrete or brick-concrete, and is used for self-occupation, and does not cover production and business housing.

Industry insiders also reminded that Home Property Insurance follows the principle of compensation. Once a claim occurs, it is based on the actual value of the property.

Therefore, when applying for insurance, you need to choose the insurance amount according to your own property situation to effectively cover the risk loss.

In the face of severe weather such as heavy rains, agricultural insurance has become an important line of defense for farmers to reduce losses.

At present, some types of agricultural insurance are included in the scope of financial subsidies by the Chinese government. Farmers only need to pay less insurance premiums to obtain risk protection for agricultural production.

If there is a disagreement with the amount of damage set by the insurance company and the negotiation fails, a lawsuit may be filed in the court.

But in this process, we must also guard against some misunderstandings.

For example, the scope of compensation for agricultural insurance currently only covers materialized production costs, such as seeds, fertilizers, pesticides, irrigation, mulching, and other inputs, excluding labor and expected benefits.

Moreover, agricultural insurance does not pay for the reduction in production, and generally the compensation can only be paid if the output is reduced to a certain extent.