The number of national employees, who occupy positions at the higher administrative levels of banks operating in the country, reached 128 male and female citizens out of 9902 citizens, who make up the total number of citizens working in the banking sector, until the end of 2020. Data obtained by "Emirates Today" showed 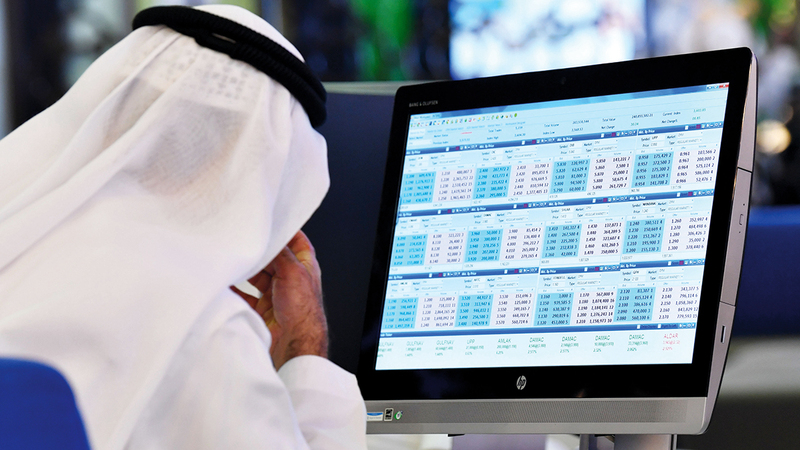 Out of 9902 Emiratis working in the "sector"

National banks account for 80% of the employees in the banking sector.

Data obtained by "Emirates Today" showed that the total number of key employees in banks, both citizens and residents, recorded at the end of last year 33,444 employees, with national banks acquiring the largest share of them at approximately 80%, while the remaining 20% ​​share goes to foreign banks. .

Commenting on, a high-ranking banker said, preferring not to be named, that “the presence of the citizen element at the senior job levels is few and never meets the aspirations or is in line with the talents that we have from citizens in the banking sector,” noting that “there are processes of curtailment and restraint for the citizen who is looking To occupy senior positions by certain blocs.

He added, "There is also a lack of confidence in the citizen element, whether to develop strategies or hold positions related to vital sectors and data, such as risk or compliance departments, or even to represent the bank in important meetings."

The banker pointed out that “citizens at middle job levels are large in number, and many of them are in their fifties, and unfortunately, because the retirement system in the banking sector does not guarantee many benefits, they prefer to stay in their positions without hope of moving to higher jobs because of some negative practices, and you need to decisive and binding government decisions, and not to a points system that is matched by fines only.”

He stressed that «the citizen is not even given the opportunity to trial and error in these jobs, so whoever finds an alternative job outside the banks leaves his bank immediately», as he put it.

The high-ranking banker pointed out that “the blocs, which hinder the advancement of the citizen and his holding of higher positions to which he is entitled, negatively affect the reputation of the banking sector,” explaining, for example, that “if we look at the foreign banks operating in the country, we find that those who occupy senior positions in it belong to The nationality of the bank’s country, in addition to that when our local banks want to open foreign branches in any country, the central bank in many of these countries requires that the citizens of those countries occupy vital and sensitive positions.

He demanded the necessity of selecting qualified nationals who work in the human resources departments in banks, who play a pivotal role in rehabilitating and training citizens and giving them the opportunity that the reality of the situation confirms that many deserve it.

A high-ranking banker stressed that Emiratisation in the banking sector actually needs strict control and decisions binding on all, so as to preserve the citizen element and place it in the forefront, as is the case in all countries.

• A banker affirmed that citizens are not given an opportunity for trial and error in senior jobs.

• 33.4 thousand chief employees in banks, both citizens and residents.