Specialists and officials of real estate companies in the country reported that the entry of new real estate units to the market during the current year, and the growth in movement activity between residential units, increased the competitiveness of the rental offers offered to attract tenants and increase the price adjustment of a number of units. 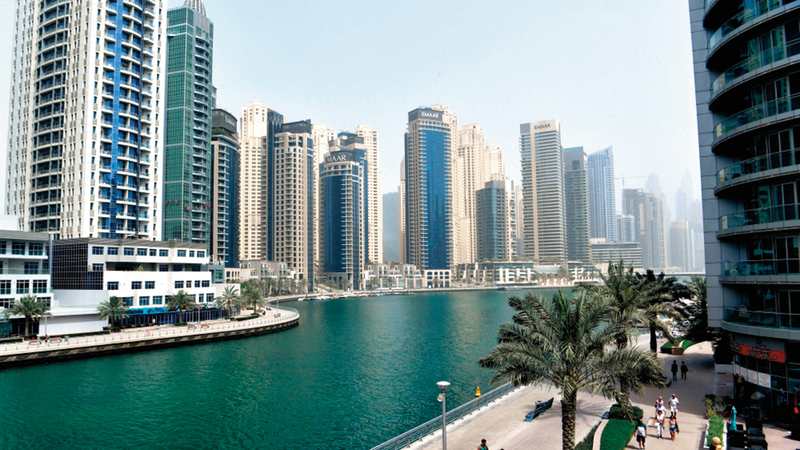 Specialists and officials of real estate companies in the country reported that the entry of new real estate units to the market during the current year, and the growing activity of transfers between residential units, increased the competitiveness of the rental offers offered to attract tenants and increase the price correction of a number of units.

They pointed out to "Emirates Today" that the market witnessed, at last, offers that are unprecedented in rental facilities or advantages offered to tenants, with the aim of attracting them.

Tenants, in turn, explained that they noticed multiple rental offers and large facilities from real estate companies, most notably moving furniture and installing curtains for free, and granting three months free of charge.

In detail, the tenant Essam Fouad said that a real estate company is promoting the relocation of a building belonging to it by providing free furniture transportation, and granting tenants a month for free, with price reductions for its units compared to last year, amounting to the price of the apartment room and lounge 22 thousand dirhams, compared to up to 26 thousand dirhams .

Tenant Ahmed Abdullah added that he noticed the availability of offers for real estate companies that give three months free of charge, in addition to free parking spaces, and exemption from rental commissions.

The tenant, Ayman Mamdouh, indicated that he “found an offer for a company that provides curtains for apartments free of charge, and another that provides three free months, in addition to the availability of two-room apartments and a hall at a price of 22 thousand dirhams in Al-Nahda area in Sharjah, compared to previous prices ranging between 28 and 35 thousand dirhams”.

The tenant, Mahmoud Nasr, pointed out that the property manager informed him that he was ready to give him the facilities he wanted in terms of payment, in addition to free parking.

The tenant in Al Nuaimia area in Ajman, Muhammad Abu Malik, said that he was able to save 5,000 dirhams when he moved to a new housing unit in the Rashidiya area.

Tenant Abdulaziz Naseer added that he had succeeded in reducing the rent of his unit, which consists of two rooms and a hall, from 24 thousand dirhams to 21 thousand dirhams.

For his part, the CEO of Al Somme Real Estate Company, Sufyan Al Salamat, said, “The entry of new units since the beginning of the year, in addition to the increasing activity of transfers, contributed to raising the level of competition among real estate companies, whether through price corrections or competition in increasing facilities and privileges. Granted to the tenants, it is now possible for some companies to give free three months to the tenants, or to allow companies to install free curtains or free kitchen appliances, as additional privileges that were not previously available.

He pointed out that «competitiveness in price correction or through facilitation, is in line with market variables, and the levels of supply and demand», pointing out that «it is expected that the markets will witness stability regarding the price correction during the coming period».

In turn, the director of "Manara Al-Shati Real Estate" company, Fouad Jassem, said that "residential rental units, in general, have recently witnessed an increase in the facilities and privileges granted to tenants, in addition to the price correction indicators, whose percentage ranged between 15 and 25% since the beginning of the year." Until now".

He added that «the price correction, privileges and facilities, differ from one region to another in Sharjah, and from one building to another. Some areas are witnessing an increasing demand, such as the Buhaira area, and thus the rates of offers are lower compared to areas such as Abu Shagara, Al-Butina and Al Qula’a, while other areas witness moderate offers in the correction Price and concessions such as Al-Khan and Al-Taawon.

For his part, the head of "W Capital" real estate brokerage, Walid Al-Zarouni, considered that "the high competitiveness in the offers, the privileges granted to the tenants, and the price correction, are among the positive market indicators, because they reflect the sector's keeping pace with the changes in a flexible and effective manner", indicating that "there are factors. Essential is the engine of offers and price competitiveness, which is: the entry of new units to the sector, which attracted a number of tenants, and the increase in movement activity, whether within the same emirate or between different emirates, in search of better price or service offers, or even to approach work sites.

He added that «the price correction indicators in the markets, since the beginning of the year until now, are estimated at average rates between 15 and 20%, and it is expected that they will stabilize by the end of the current year», pointing out that «the price offers are at higher rates than some modern buildings that seek to occupy their units, while Most of the facilities and privileges, such as free months, parking and monthly payments, are concentrated in old buildings in greater proportions.

In the same context, Dana Selbak, head of research at JLL Middle East and North Africa, said that “with the easing of restrictions on movement and ease of movement, the third quarter of this year witnessed a significant increase in the delivery rates by developers, as About 12 thousand housing units entered the market in Dubai, according to a recent company report, which is expected to put pressure on the residential and office rentals sector with an excess of supply in the market.

She added: “It is expected that this surplus in supply will increase by the end of the fourth quarter of this year, according to the report, as it is possible that 26 thousand new units will be delivered, which will put pressure on the rental sector, as the total number of units in the real estate market in Dubai reached 585 thousand housing units, according to the report ».

For his part, the real estate expert, CEO of Harbor Real Estate, Muhannad Al-Wadi, said that “the entry of new units into the real estate market, and the presence of a strong movement related to moving from one residence to another, in conjunction with health requirements related to the Coronavirus, are among the important reasons that It is expected to put pressure on rental values ​​in the coming period.

Al-Wadi called on real estate owners to provide facilities for new and old tenants, in order to ensure that a demand is created in the rental market, for the benefit of all parties. The owner, on his part, benefits from renting his unit quickly, reducing the time period in which the unit may be vacant, and the tenant will be encouraged to move with the presence of Facilitation or price incentives.

The real estate expert, Hisham Al-Assaad, expects the continuation of the price correction in rents, in conjunction with the entry of new housing units into the market, some of which are related to the hotel sector, and some of them are related to the delivery of a large number of new housing units, which puts pressure on owners to provide new rental values ​​for their housing units , Commensurate with the current market conditions, in addition to providing great facilities for the old tenant to maintain it, with increased incentives to move as a result of the competition in the market, in addition to the need to develop flexible plans to attract more new tenants.

Expectations that the markets will witness stability regarding the price correction during the coming period.