Miguel Carretero, the chef from La Mancha with the best 'star' (and it is not the Michelin star)

If Miguel Carretero were a dish, perhaps that of wild chard stalks on potato juice and a touch of caviar that is on the menu would define it well. "A product... 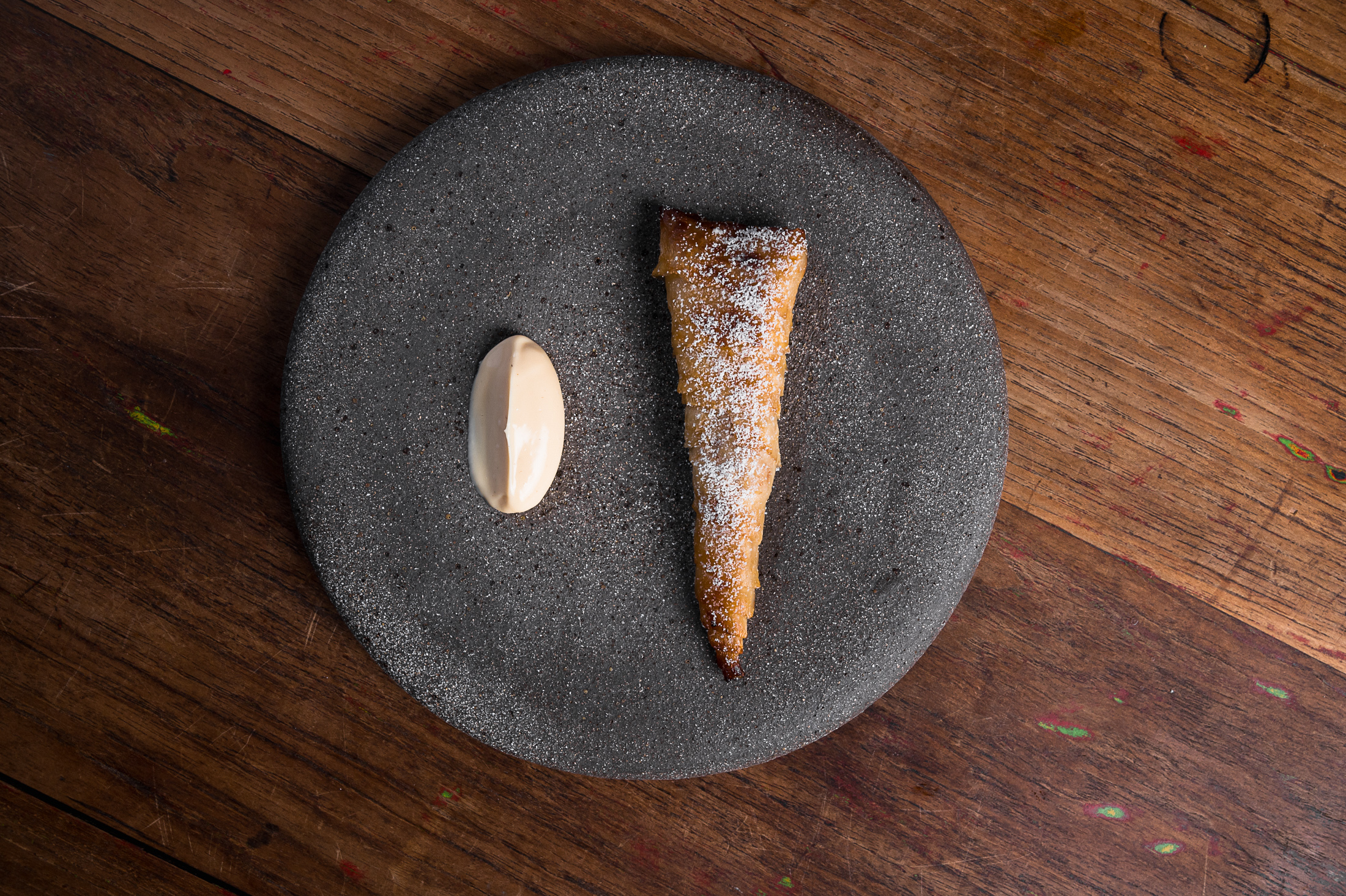 If Miguel Carretero were a dish, perhaps that of wild chard stalks on potato juice and a touch of caviar that is on the menu would define it well.

"A humble product as a protagonist and a luxury one as a secondary one," he says, sitting in the room at the top of his store, while the team arrives.

The chef from Santerra, a temple of hunting

-present even in desserts-, vegetables, marinades and that sea and mountain with which he likes to play so much, has fine-tuned an outstanding proposal that, although it has not yet achieved the approval of The Michelin guide has perhaps achieved the most difficult thing: that diners and professional colleagues place it in that league without having to show off stars.

The name of Miguel Carretero will sound familiar to many gastronomy fans because of his croquettes.

And, yes, they are as delicious as they say and they cover the awards -Madrid Fusión exalted them-, but behind this classic there is much more to talk about -and enjoy- at the table, where the seasonal product always leads the way.

2We opened in September five years ago, and in January they gave us the award.

Couples would come for dinner and ask for eight croquettes, one fish and one meat", he recalls. The title was later revalidated, but the project had already matured and the croquette had important competitors on the menu. The most positive thing about all that was that they “put on the map”.

This 2023 has started "calmly. On a human level we are at our best moment and on a professional level my kitchen is freer than ever."

He began to study a FP module on Industrial Automation, but soon saw that it did not motivate him.

From Madrid, where he had moved from Pedro Muñoz (Ciudad Real) to study, he moved to Toledo.

"I was 21 years old when I started at the Hospitality School. It was a bit like my last cartridge."

From the beginning it hooked him.

"With Iván I learned the passion for what we do".

He spent three years, in which he went from "intern to sous-chef".

"It was a short experience in which I learned a lot about myself."

The restaurant, which was in the same premises that Santerra occupies today, closed in a few weeks and there the chef from La Mancha started his personal project.

10 clues where (humble) roast chicken is a gourmet dish

10 clues where (humble) roast chicken is a gourmet dish

Umiko, the 'Japanese' fusion of two friends who love art, tattoos and champagne

Umiko, the 'Japanese' fusion of two friends who love art, tattoos and champagne

For a time, he acknowledges, he sought the Michelin star.

"At the beginning it was like that. Now I have gone back to the origin. I am a small town boy and I like to know the client".

The recognition that he values ​​today goes in other directions.

"The important thing is that people repeat, that the room is full and that we offer an experience."

Her star seeks her along this path.

"If some inspector from the French guide visits us now, I'm not going to do crazy things, nor am I going to start innovating as I go along. I'll do what I do every day."

Bouquet of herbs and flowers, natural crab and pink sauce from its corals.

In the premises of the Salamanca neighborhood it has two spaces;

above, more informal and, below, the gastronomic.

While a new menu is last, there are many dishes that justify a visit to the place: the puff pastry celori with smoked eel and acidulous English cream, the roasted chives en papillote, with Café de Paris sauce, marinated beef picaña and Moroccan lemon, the foie de duck in warm marinade, pochas with homemade hare blood sausage, tuna cheek with potato parmentier and potato soufflé... "Recognizable flavors with a different touch", he says humbly.

A lot of technique to enhance the tradition.

He confesses “something obsessive.

When I wanted to change the menu of the winery, I studied, took courses, visited wineries... I got involved with my brother, who is a winemaker».

In everything, he tries to maintain the same level of demand.

Also in his Santerra Neotaberna, in Ponzano, the informal version of him.

With his mother and his aunt, "those who have always cooked wonderfully at home", his curiosity piqued.

From them she learned that "a humble product well worked can be something incredible."

That a stalk of chard can shine and the caviar can only accompany it.

That is also what haute cuisine is about.