Apple asked 'Dokdo whose land'... 'Thirteen reasons not to belong to Korea'

When the Apple iPhone voice assistant service Siri asks 'Who's land is Dokdo' in Korean, it guides you to a site that says 'Thirteen reasons why Dokdo is not Korean territory', which is causing a problem. 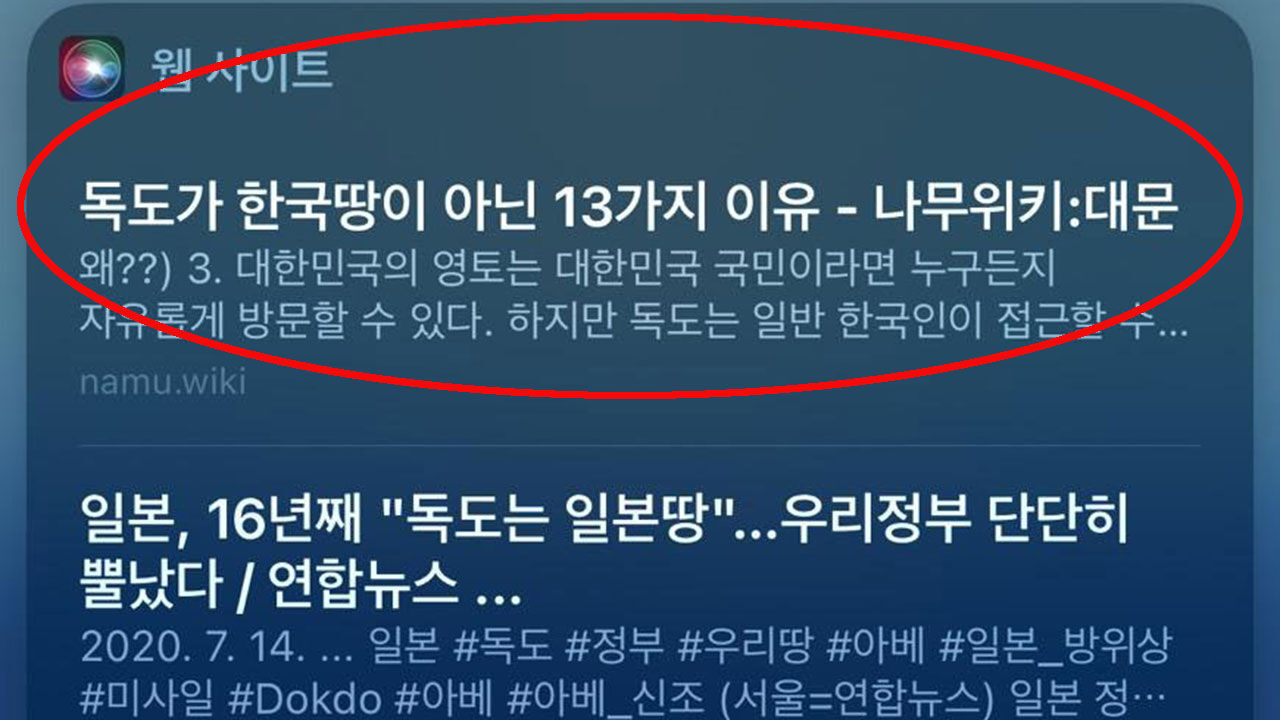 When the Apple iPhone voice assistant service Siri asks 'Who's land is Dokdo' in Korean, it guides you to a site that says 'Thirteen reasons why Dokdo is not Korean territory', which is causing a problem.

This is a guide to the 'posted article (Ministry of Foreign Affairs)'.

If you actually click on the article, you will find an article claiming that Dokdo is not Korean territory, giving examples such as why the song 'Dokdo is our land' was designated as a banned song in July 1983.

“It is also a problem for Apple to announce important information about Korea such as Dokdo as information from an open encyclopedia,” said Park Ki-tae, head of BANK. It is also a big problem to raise ."

He also criticized Apple, which has been used by billions of people and has a strong influence and spread, and is messing up the answers to Korea's territory without checking.

"Apple should adopt a method of cross-verifying and labeling credible information," Vank said.

Vank repeatedly requested that the information on Dokdo on Apple Maps be corrected.

If you set the language to Korean on iPhone-equipped maps that Apple currently sells worldwide, 'Dokdo' is displayed correctly, but in Japanese, it is displayed as '竹島' (Takeshima, the name of Dokdo claimed by Japan).

Vank criticized, "It is clearly a mistake and a trick for Apple to label Korea's Dokdo differently depending on the language in which it is designated," he said.

Earlier, Vank found Apple's distorted information that "Korea is the Korean Peninsula or Japanese imperial Joseon on the Korean peninsula in modern history" and requested correction along with a complaint, and Apple immediately corrected it.