Four mathematicians win the Fields Medal, including a Frenchman and a Ukrainian

Four mathematicians received the Fields Medal in Helsinki on Tuesday, the equivalent of the Nobel Prize in this discipline, including Frenchman Hugo Duminil-Copin and Ukrainian Maryna Viazovska, who becomes… 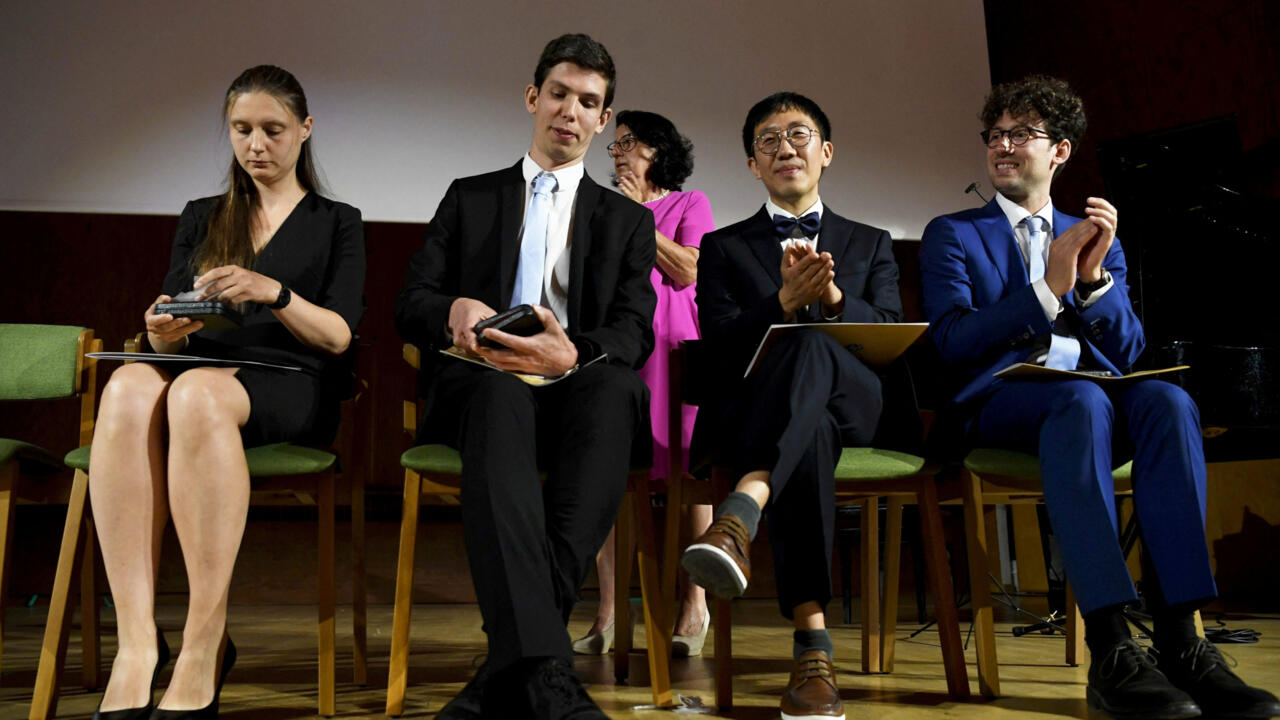 Four mathematicians win the Fields Medal, including a Frenchman and a Ukrainian

Four mathematicians received the Fields Medal in Helsinki on Tuesday, the equivalent of the Nobel Prize in this discipline, including the French Hugo Duminil-Copin and the Ukrainian Maryna Viazovska, who thus becomes the second woman to receive this prestigious distinction created there is 80 years old.

Originally, the ceremony was to take place in Saint Petersburg, but it was relocated to Helsinki, Finland, due to the war in Ukraine.

This medal, awarded by the International Mathematical Union, which is equivalent to the Nobel Prize in mathematics, celebrates the “

” of four researchers under 40 years old.

First the Frenchman Hugo Duminil-Copin, 36, who devotes his work to the mathematical branch of statistical physics.

Appointed professor at the age of 29, the probabilistic mathematician divides his time between the Institut des Hautes Etudes Scientifiques, near Paris, and the University of Geneva.

He was awarded for solving several "

long-standing problems in the probabilistic theory of phase transitions

", according to the jury.

I think what we have in the teaching of mathematics is that error takes an unlikely place.

The problem of the orange merchant solved

Second woman then, after the Iranian

in 2014 – since deceased – to win the prize created in 1936, Maryna Viazovska was born 37 years ago in Ukraine, at the time in the Soviet Union.

Since 2017, she has been a professor at the École polytechnique fédérale de Lausanne, Switzerland.

The mathematician received the award for solving a version of a centuries-old geometric problem, demonstrating the densest packing of identical spheres beyond three-dimensional space – in this case the amazing dimension 8 where the symmetry is optimal.

The “compact stacking problem”, more commonly known as the “orange merchant problem”, has plagued mathematicians since the 16th century, when the question arose of the densest possible stacking of cannonballs.

The other two winners are the British James Maynard, 35, professor at the University of Oxford in the United Kingdom.

He received the medal "

for [his] contributions to analytic number theory, which have led to major advances in the understanding of the structure of prime numbers and in the Diophantine approximation

And June Huh, 39, a professor at Princeton University in the United States, selected for having "

" the field of combinatorial geometry, "

using methods from Hodge theory, tropical geometry and the theory of singularities

► Also to listen: How to learn to feel math?