'Fireworks' on the line 3 Maebong Station... Normal operation in an hour and a half

Yesterday evening, an electric spark occurred at Maebong Station on the Seoul Subway Line, and train operation was suspended for about an hour and a half. This caused great inconvenience to the citizens on their way home from work. 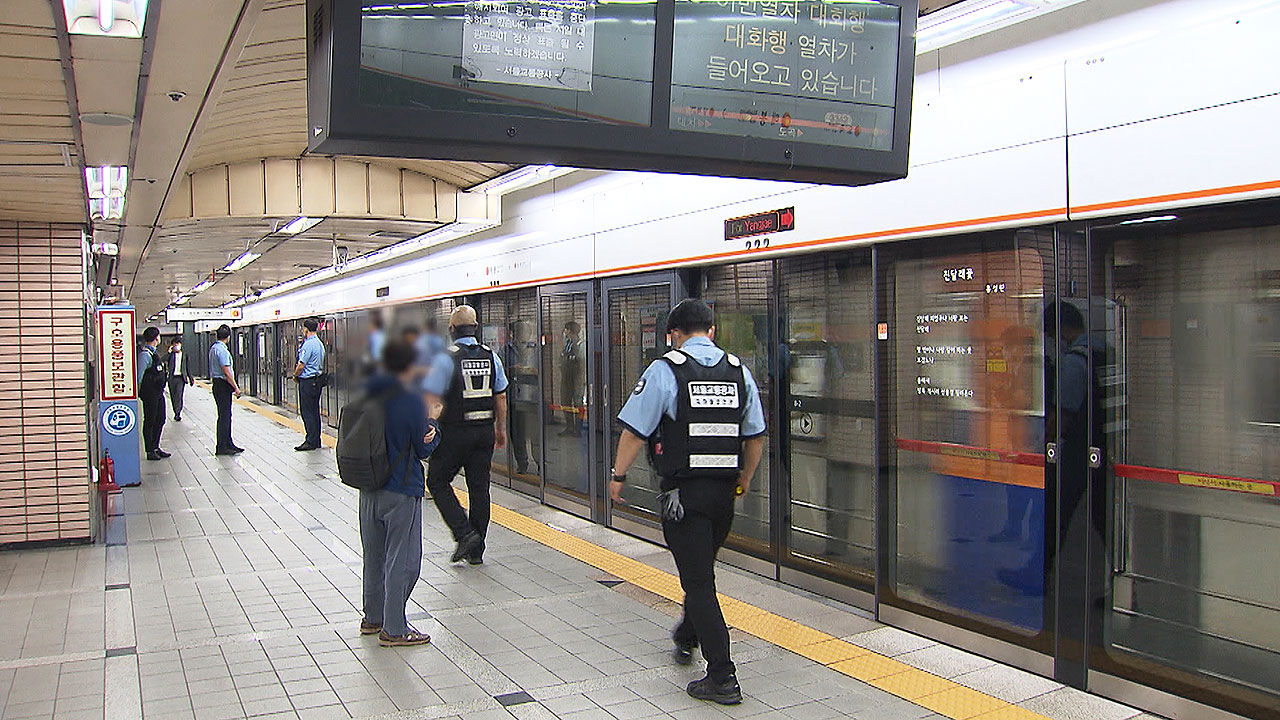 On the evening of the 24th, an electric spark occurred at Maebong Station on the Seoul Subway Line, and train operation was suspended for about an hour and a half.

This caused great inconvenience to the citizens on their way home from work.

This is news of the accident, reporter Kim Ji-wook.

The platform is full of people waiting for the subway.

At around 6 pm yesterday evening, the train service suddenly stopped in the section between Apgujeong Station and Dogok Station on Seoul Subway Line 3.

The train service was temporarily suspended for an emergency inspection due to an electric spark at the signal terminal box of the Maebong Station upbound line.

No one was injured, but many citizens suffered inconvenience as all services in both directions were cut off during rush hour.

[Informant: It was right and wrong.

Waiting for the bus, taking a taxi, what did you do?

After the inspection, the Seoul Transportation Corporation resumed operation around 7:30 pm and is investigating the exact cause of the accident.

At around 11 o'clock last night, near the Buksangju Interchange in the direction of Yangpyeong on the Jungbu Naeryuk Expressway, a truck driven by driver A in his 40s collided with a passenger car and another truck in turn.

As the accident continued to cause congestion, another accident occurred about 40 minutes later, when four trucks collided with one another about 1km away, injuring two drivers.

The police believe that the accident occurred because driver A of the truck did not observe his duty of caution and is investigating the circumstances of the accident.

At about 0:40 this morning, near the Icheon Interchange on the Yeongdong Expressway toward Incheon, an SUV crashed into an 11-ton truck and overturned, but fortunately there were no casualties.