Merchants laugh, residents cry... Life changed after the opening of the Blue House

Since the opening of the Blue House, 40,000 people have visited the Blue House every day. As tourists flock, the surrounding merchants welcome it, but there are also voices of dissatisfaction among the nearby residents. 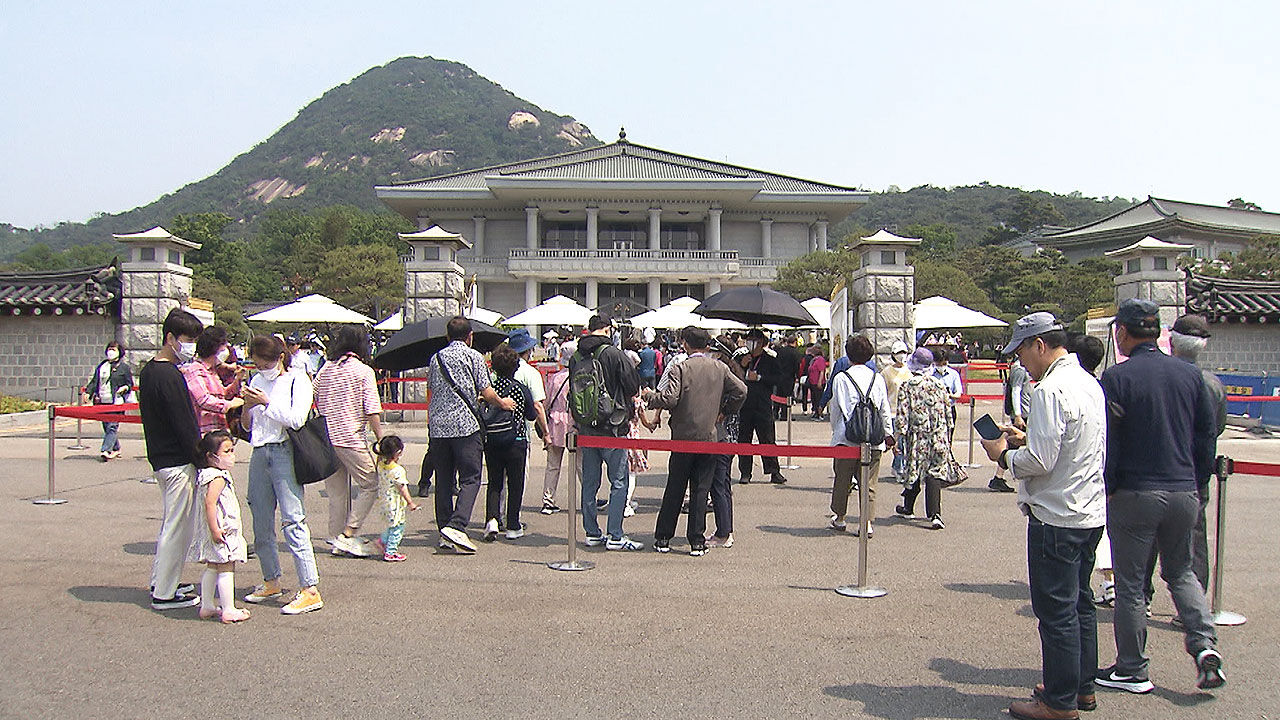 As tourists flock, the surrounding merchants welcome it, but there are also voices of dissatisfaction among the nearby residents.

After the opening, the Blue House has become a popular attraction attracting 40,000 people a day.

The faces of nearby merchants also brightened.

[Yoo Da-gyeom/Jongno-gu, Seoul: As soon as it opens in the morning, a lot of customers come in to drink coffee...

Unlike the welcoming tourists and merchants, the concerns of nearby residents have increased.

About 3,000 households live in Hyoja-dong, Cheongun-dong, and Samcheong-dong near the Blue House, and the increasing number of tourists are complaining about inconvenience.

[Resident A/Jongno-gu, Seoul: (It's not a hiking trail) Because it's mistaken for a hiking trail and there's no stopping from below.

Cigarettes among the hikers (thus throwing away) So if there is a fire, we are defenseless.]

This is where the original Chunchugwan parking lot used to be.

However, as the Blue House was opened, it was neglected, and as you can see here, garbage and cigarette butts are all over the place.

[Resident B / Jongno-gu, Seoul: Someone just came in and threw away all the trash, so there is no management at all.

The place (disposal of garbage) is not fixed...

They also complain of noise damage.

From 6 in the morning, holding up the microphone and asking for everything to be prepared, one by one, one by one, just like that...

Traffic control to respond to the assembly has disappeared, but on weekends and holidays, the 500-meter section from Yeongbinmun Gate to the Chunchumun Gate and the 1.5 km section from Inwangsan-ro are operated as car-free streets, so residents in the vicinity must find a detour.

It is necessary to communicate and come up with supplementary measures to see if there are any inconveniences from residents that have not been looked into due to the welcome voice.