The Struggle for Life: How the Spinach Leaf Test System Will Reduce Animal Testing of Drugs

Scientists from the International Science Center SCAMT at ITMO University have created a new system for testing nanopreparations based on spinach leaves. The development has already been tested as a model for the medical treatment of thrombosis. According to the authors of the study, their invention will help save many lives of laboratory animals. 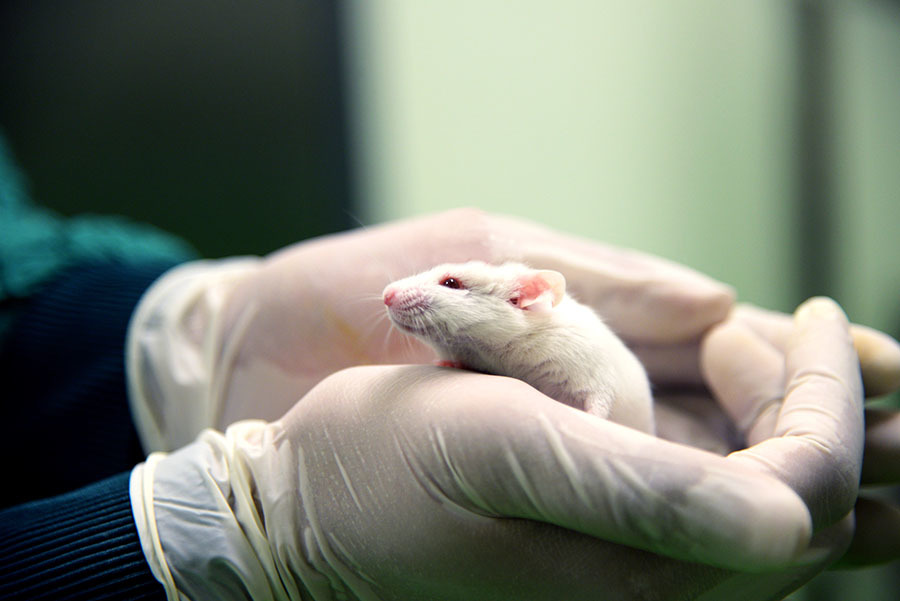 A group of scientists from the International Scientific Center SCAMT of ITMO University (St. Petersburg) has created a new test system based on spinach leaves to study the properties of pharmaceutical nanopreparations.

As RT was told in the press service of the university, this development will reduce the number of tests on laboratory animals.

An article describing the research results was published in the scientific journal Nano Letters.

This work is supported by the Russian Science Foundation.

As the authors of the study note, testing nanopreparations requires the use of special test systems that maximally reproduce the real conditions in which the drug will be used, for example, the parameters of the vascular system.

At the same time, researchers should be able to observe how the drug acts.

As an analogue of human capillaries, the scientists used the conductive network of the spinach leaf, from which all cellular components have been removed, except for the walls themselves.

The frame consists of cellulose - a substance that is more durable than animal tissue.

“The resulting system coincides in diameter and branching with the arterioles and capillaries of the human brain, which makes it possible to use it for testing both traditional and nanopharmaceutical drugs,” the ITMO press service told RT.

The test system has already been tested as a model of thrombosis.

A model thrombus was placed in the "vessels", and then the researchers using a magnetic field sent nanoparticles with a drug to the blocked area with a drug that activates the dissolution of the blood clot.

As a result, the thrombus resolved, and the test platform showed its effectiveness.

At a new stage of the study, it is planned to populate the plant scaffolds with human cells in order to bring the system as close as possible to the parameters of human vessels.

As noted by the co-author of the development, an employee of the ITMO Department of Biotechnology Alexandra Predeina, now, to start testing on living things, it is enough to conduct a preliminary study on cells.

"I think this is wrong.

An intermediate stage is needed, which will send many components for revision and save the lives of many animals.

Perhaps the frames from plants will just become this step, ”she explained.

According to the specialist, it is important for researchers to draw the attention of the scientific community to the issue of irrational use of laboratory animals.

Nowadays, for conducting preliminary pharmacological tests, test systems based on cellular and tissue structures are most often used.

However, they cannot reproduce the full complexity of a living organism.

Another technology is associated with the use of microfluidic chips: channels that simulate the vascular system are pressed through the material film.

But even they are far in their parameters and properties from real biological tissues, which can distort the results of research.

Despite the promising nature of nanopharmaceuticals, the availability of publications and preclinical trials, in practice the use of drugs of this type is not yet widespread enough.

Vladimir Vinogradov, one of the authors of the new test system at the SCAMT center, professor of the ITMO chemical and biological cluster, spoke about this.

“The demand for the development of test systems that simulate testing in living organisms is extremely high today.

Any attempt to move to new models brings us closer to a breakthrough and helps to reduce the huge number of laboratory animals, ”the scientist emphasized.

As a reminder, experts call nanopharmaceuticals the use of nanotechnology to create new drugs.

Drugs of this type have a number of advantages.

For example, the use of this method makes it possible to provide targeted delivery of a drug to a diseased organ, reducing the side effects of treatment for the body, as well as increasing the effectiveness of therapy.

In addition, nanotechnology makes it possible to achieve prolonged action of drugs and increase their bioavailability in the body.