At the same time, the quarantine authorities decided to change the treatment system. Vaccinated people and healthy people under the age of 50 are considering treatment at home even if they contract the virus. 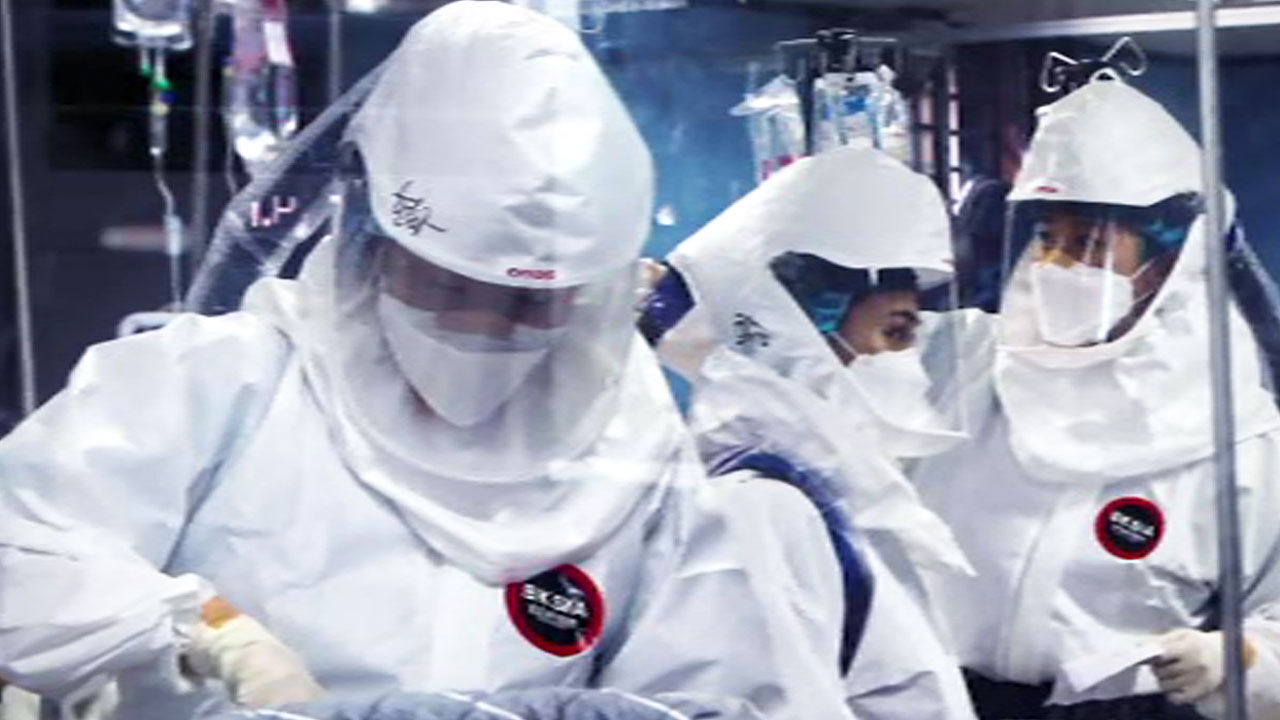 the same time, the quarantine authorities decided to change the treatment system. Vaccinated people and healthy people under the age of 50 are considering treatment at home even if they contract the virus.

This is an exclusive report by Cho Dong-chan, a medical professional reporter.

Mo Park, a medical worker, was diagnosed with Corona two months after completing the second vaccination in May and was admitted to a living treatment center.

As there were no symptoms, no medication was prescribed.

[Medical worker/COVID-19 confirmed after second vaccination: I did not receive treatment, because I had no symptoms… I now measure my body temperature and check my blood pressure every day, and I do that twice a day.]

The hospitalization rate of confirmed patients in Korea is 20% and 10 times that of 2% in the UK.

When the fatality rate is lower than the flu, the quarantine authorities have turned to home treatment for those who have completed vaccinations and those under the age of 50 who do not have underlying medical conditions.

A Harvard University study found that the virus from unvaccinated infected people grew well when placed in petri dishes, but hardly any virus from those who had been vaccinated.

Therefore, admission to the living treatment center is limited to symptomatic patients who need treatment.

By attaching a thermometer and oxygen saturation measuring device to a smartphone, a computerized system will be prepared so that if the condition worsens, treatment can be quickly received at a respiratory clinic, etc.

[Naver official: (Currently) There is such a system that periodically checks the status of active monitors based on AI.]

In addition, a new long-term sequelae management center is being considered.

This is because complications such as stroke and angina may occur in those who have recovered from Corona.

We are also considering easing the 14-day self-quarantine rule after symptom onset to prevent excessive isolation.

This is because virus emissions will drop sharply within five days, and there is a high possibility of a gradual reduction to 10 days, 7 days, 5 days, etc.

So, if you have any questions, I'll ask Dong-chan Cho, a medical reporter. First, please explain when this report was created and how much weight it contains.

Q. What does the report mean?

[Cho Dong-chan / Medical reporter (specialist): This report is a document written by the quarantine authorities at the end of last month after receiving advice from several experts. It is said that the report was even reported to the Blue House.]

Q. There are many confirmed cases, is it possible?

[Cho Dong-chan / medical reporter (specialist): I can't see the answer based on the confirmed case. This is the core of With Corona. No matter how strong the distance is, even if the vaccination rate is increased, it is difficult to drastically reduce the number of confirmed cases. However, the damage caused by prolonged social distancing is serious. According to the Bank of Korea investigation, the highest level in the past was level 3, but in one month, the estimated amount of damage is a whopping 13 trillion won.

Most of these are small business owners and the self-employed. Foreign surveys show that there are many difficulties, including people with disabilities and incurable diseases, because they do not receive help, but Korea is no different. Since With Corona puts people more at risk than confirmed cases at the center, the quarantine system centered on confirmed cases needs to be really changed.]

Q. When will it be realized?

[Cho Dong-chan / Medical reporter (specialist): First of all, the government said that 70% of the people have completed vaccination and made a decision after comprehensive review of the number of confirmed cases and epidemic status. Today (23rd) I spoke on the phone with a member of the welfare committee of the ruling party, and he said that it depends on public opinion.

There are a lot of people who are worried about the number of confirmed cases of Corona right now. I put to the people well equipped with a number of minor patients and systems that can better identify and to treat properly the serious cases of minority, how will that this well explained on whether So when might be faster or slower.]

▶ 5.77 million people who are not vaccinated... Government "Efforts to Participate in Vaccination"