Vaccine reservation, self-certification on Naver and Kakao… No 'representative'

Vaccine reservations for ages 18-49 will start next week. In order to prevent the same 'stagnation' as when booking for 50s, the government increased the number of servers and made it easier to authenticate yourself. 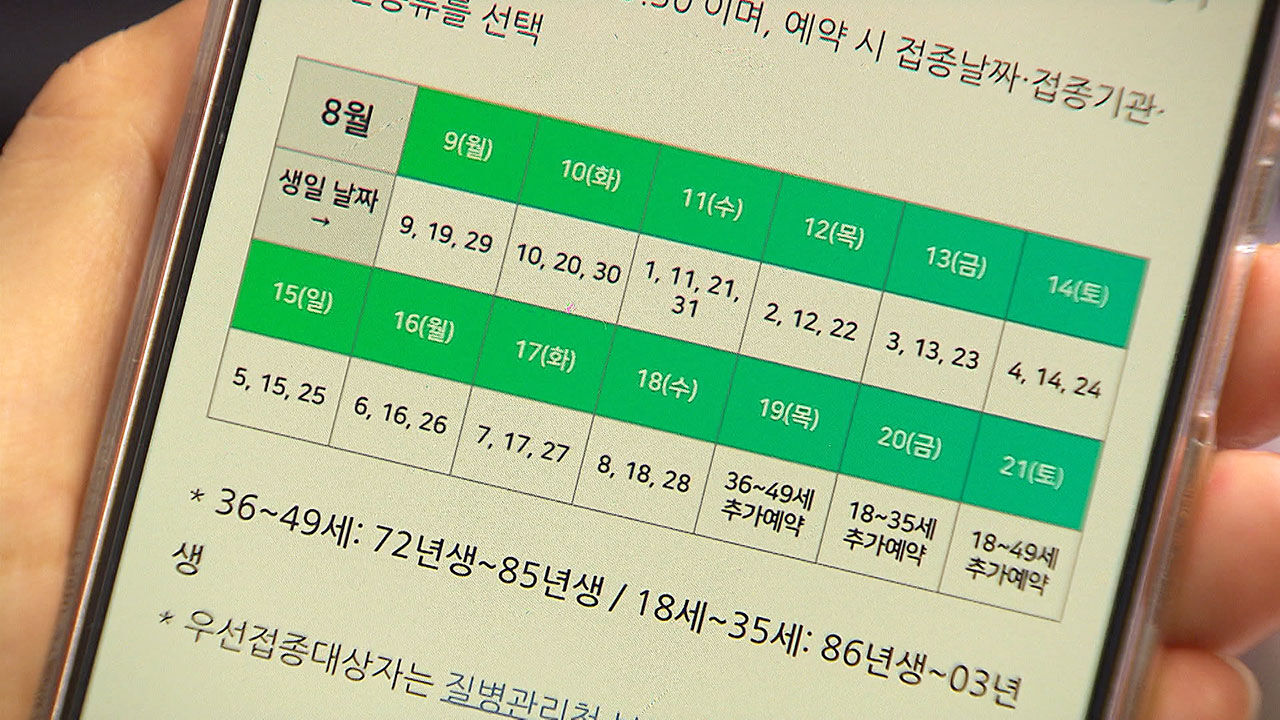 Reservations for the 18-49 year old vaccine will start from next week. In order to prevent the same 'stagnation' as when booking for 50s, the government increased the number of servers and made it easier to authenticate yourself. It also prevents family members and acquaintances from making reservations for them.

Reporter Nam Joo-hyun will explain the relevant details in detail.

16.21 million people aged 18 to 49, whose reservations start on the 9th, are more than double the number of those in their 50s.

In order to prevent access failure, the government has entrusted the self-authentication process to a private company, following the 10-part reservation system.

On the reservation access screen, you can verify your identity with Kakao, Naver, and Pass apps in addition to your existing mobile phone and certificate.

also expanded the server to increase the number of transactions per hour from 300,000 to 1 million. I increased it to a gun.

Simultaneous access and proxy reservations through multiple terminals, which were cited as the cause of 10 million simultaneous connections at the time of booking for 50 units, were blocked.

You can only authenticate yourself once every 10 minutes, and if you try to make a reservation with a PC and a mobile phone at the same time, access is blocked except for the equipment that was first authenticated.

[Na Seong-woong / Deputy Director of the Centers for Disease Control and Prevention: If 2 million people log in at one time, it is expected that there will be a waiting period of up to 35-50 minutes.]

Vaccinations under the age of 40 will begin in earnest from the end of this month, but the Ministry of Education has made it possible for those who have not received the vaccine to take the test in the college scholastic ability test to be held on November 18th.

In addition, unlike last year, we decided to install paper partitions only during lunch time, not during exam time.