Do you want to build your own mobile? This kit has everything you need to assemble a folding smartphone

The first smartphone with a folding screen was not Samsung's Galaxy Fold or Huawei's Mate X. At the 2018 CES show, a Chinese company, Royole, was ahead of the rest of the ... 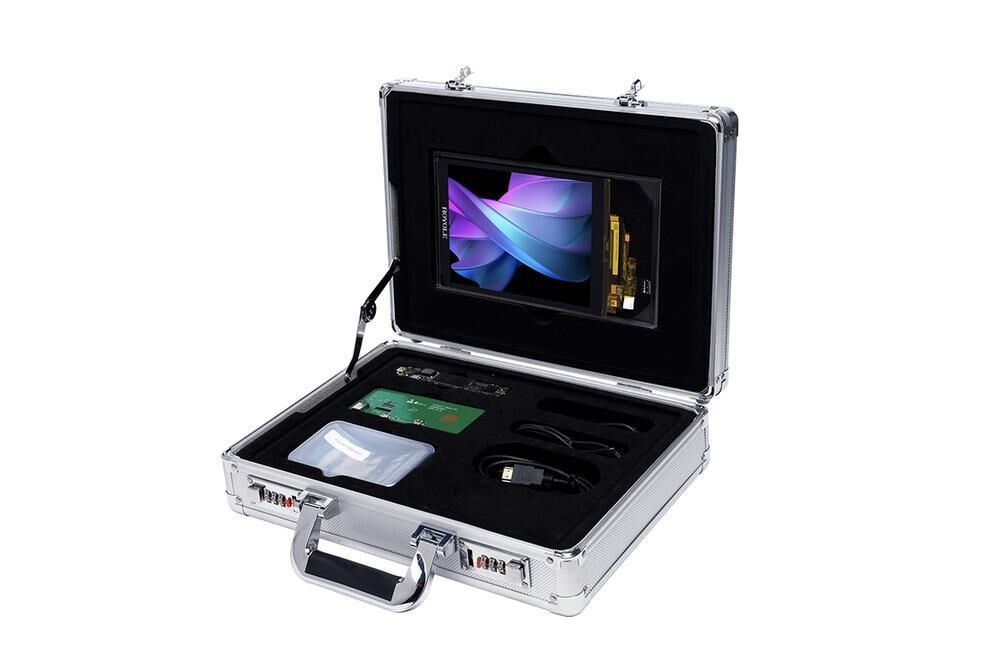 The first smartphone with a folding screen was not Samsung's Galaxy Fold or Huawei's Mate X.

At the 2018 CES show, a Chinese company, Royole, beat the rest of the industry with the FlexPai, a 7.8-inch screen terminal equipped with a 4000 mAh battery and

folded. with the screen facing out

Three years later, it cannot be said that folding mobiles have swept the market but they are no longer the weirdo of the telephony industry.

More and more models and brands are launching to make one.

In early August, for example, Samsung is expected to announce two new Galaxy models with a folding screen.

The company launched the FlexPai 2, the successor to its first foldable phone, in September 2020, but has now put something more ambitious on the market: a kit that allows anyone to make their own foldable phone.

Royole RoKit is a set that

includes everything you need to do so

: it includes a 3rd generation AMOLED flexible screen, a touch sensor module, motherboard, processor, and all

to connect the different components.

In theory, anyone could make their own flexible phone with all these elements, which are sold at a price of approximately $ 959 (about 815 euros) and come in a practical metal case with antistatic protection.

power provided by a USB port

Royole markets it with developers looking for new uses for flexible displays.

After all, that is your main market.