According to the list of referees announced on the 4th, referee Turpin will serve as the referee in the round of 16 match between Korea and Brazil held at Stadium 974 in Doha, Qatar at 4 am on the 6th. 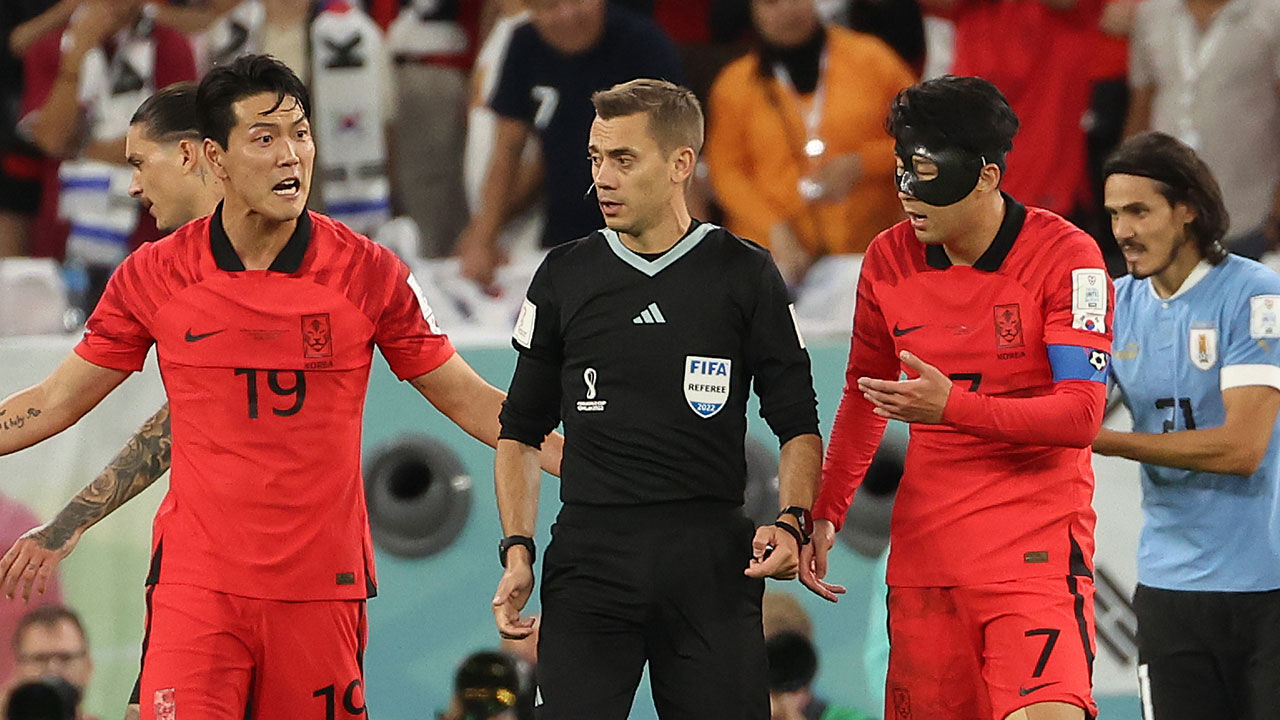 Referee Clement Turpin (40, France), who served as the referee in the first match of the Korean national soccer team's Qatar World Cup group stage, also blows his whistle against Brazil in the round of 16.

According to the list of referees announced by FIFA on the 4th (hereinafter Korean time), referee Turpin will serve as the referee in the round of 16 match between Korea and Brazil held at Stadium 974 in Doha, Qatar at 4 am on the 6th.

Referee Turpin also served as the referee in the first leg of Group H (0-0 draw) between Korea and Uruguay held on the 24th of last month.

At that time, he gave 1 warning to Uruguay and 2 warnings to Korea.

Uruguay's Martin Cáceres was given a warning, and the Korean national team's Cho Kyu-seong (Jeonbuk) and coach Paulo Bento, who strongly protested against the extra time decision in the second half, each received a yellow card.

Referee Turpin is a veteran who has participated in French professional football Ligue 1 matches since 2008, and was selected as the best referee by the French Football Association in 2016.

Since 2010, he has been working as an international referee and participated in the 2016 European Football Championship (Euro 2016), the Rio de Janeiro Olympics, the 2017 FIFA U-17 World Cup, and the 2018 World Cup in Russia.

At the Rio Olympics, I saw the referee for the Korea-Mexico group match (Korea won 1-0), and I also served as the referee for a European club competition game in which Korean captain Son Heung-min (Tottenham) competed.

Referees Nicola Dano and Cyril Gringor (above France), who played alongside referee Turpin in the Korea-Uruguay match of this tournament, will also work together again as assistant referees in the match against Brazil.

The video review (VAR) referee is Jerome Brisar (France), the same as before Uruguay.

The third referee will be Slovenian referee Slavko Vincic.