Ecuador and Uruguay clinched their ticket to Qatar on Thursday, on the penultimate day of South American qualifying, by taking the last two direct qualifying spots. 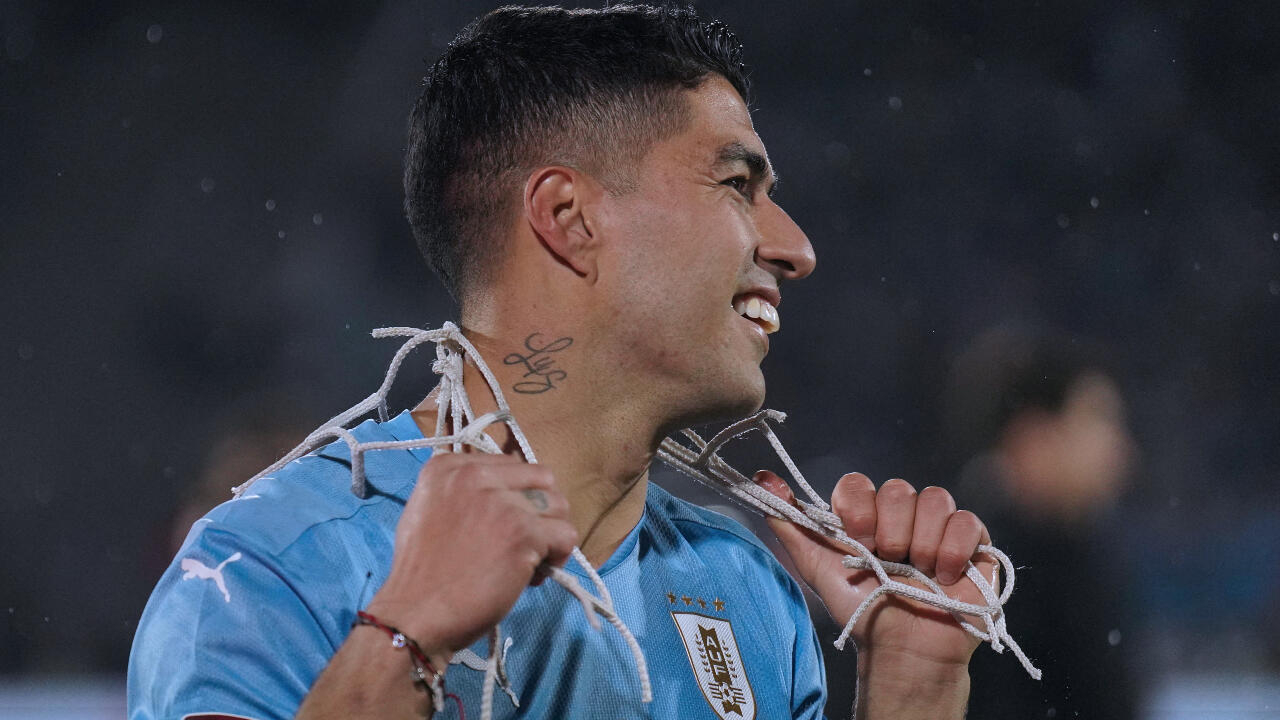 Uruguay, thanks to its victory over Peru (1-0), and Ecuador, despite its defeat in Paraguay (3-1), will fly with Brazil and Argentina for the 2022 World Cup in Qatar .

The fifth place offering a barrage against a team from Asia will be played on Tuesday, March 29, during the final day between three teams: Peru, Colombia and Chile.

Ecuador thus qualifies for the fourth World Cup in its history only, after 2002, 2006 (best result with a round of 16) and 2014. Without stars among its players, the majority of them playing in the domestic championship , the "Tri" imposed its physical density over these playoffs, being more regular than its competitors.

The Ecuadorian selection has mainly benefited from the missteps of the other contenders, Colombia in the lead, which missed out during these qualifiers flown over without much opposition by the two major selections in South America, Brazil and Argentina, still undefeated.

Uruguay is about to play a fourth World Cup in a row.

However, the fire smoldered during these playoffs.

Falling to seventh place at the end of November after four consecutive defeats, he saw his emblematic coach Oscar Tabárez, 74, leave without interruption on the Celestial bench since 2006, after a first experience between 1988 and 1990.

The "Maestro" had however signed the return of Uruguay to the gratin of football.

Fourth in the 2010 World Cup in South Africa, winner of the 2011 Copa America, Uruguay has never missed the big global meeting since taking office: round of 16 in 2014, quarter-finals in 2018.

Twice winner of the World Cup (in 1930 and 1950), Uruguay will therefore find its neighbors Argentina and Brazil in the Middle East.

The Seleção is guaranteed to finish in first place in the single South American qualifying group, which includes 10 teams.

The band in Neymar signed, Thursday, March 24, a new overwhelming victory against Chile (4-0), which practically seals the fate of La Roja.

By converting a penalty for a foul he himself suffered (44th), Neymar scored his 71st goal at the age of 30 in 117 games in the jersey of Brazil, six units behind King Pelé.

The Paris SG striker was also decisive on the second Brazilian goal, with a call that boarded the Chilean defense, leaving the field open for Vinicius, who doubled the bet (45th + 1).

Messi eagerly awaited at the Bombonera

"Ney" has thus risen to second place in the ranking of scorers in South American qualifications, with eight goals, two less than the Bolivian Marcelo Moreno.

He could have come even closer to Pelé's record, but preferred to let his friend Philippe Coutinho shoot.

Beyond these statistics, it is balm to the heart that Neymar came to seek in Rio de Janeiro, after being booed by PSG supporters after the elimination against Real Madrid in the round of 16 of the League. Champions.

At the Maracana, he was treated to a resounding ovation from the supporters when the announcer chanted his name when the line-ups were announced.

The only downside for "Ney": he will be suspended for the last day of qualifying, in Bolivia, because of a yellow card received after an altercation with Paulo Diaz.

PSG teammate Messi is expected to receive a similar welcome at La Bombonera in Buenos Aires, where Argentina will face Venezuela on Friday (March 25).

If this match is not sporting, it should allow Messi to reconnect with loud applause.

The Argentinian sports daily Olé has already announced the color in its edition of March 24: "He who does not jump is a Frenchman!"

Flu and package with Paris SG during the defeat against Monaco on Sunday in the French championship, "Messi is available to play and we hope he will have a good match", declared Scaloni in a press conference, on the eve of the match. against Venezuela in Buenos Aires.

His PSG teammate, Angel Di Maria, also absent against Monaco (muscular injury) should also play this meeting, but uncertainty remains about his tenure.