Today, the President's Cup will witness the start of the Golden Square with the two first matches, where Al Wasl hosts its Sharjah counterpart at Zabeel Stadium in Dubai at 17:25, while Bani Yas will be a guest of Al Wahda at 20:00 at Al Nahyan Stadium. Achieving a great title this a 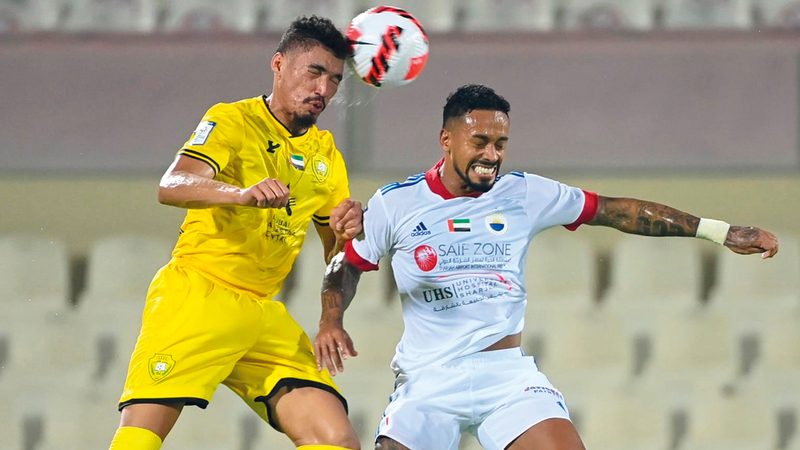 Two big peaks in the start of the cup semi-finals

Al-Wasl wants to return the debt of the league loss to the "king".

Today, the President's Cup will witness the start of the Golden Square with the two first matches, as Al Wasl hosts its Sharjah counterpart at Zabeel Stadium in Dubai at 17:25, while Bani Yas will be a guest of Al Wahda at 20:00 at Al Nahyan Stadium.

Al Wasl clings to the chance of achieving a great title this season in light of the development of its level in the recent period, and it may threaten the victories of Sharjah led by Romanian coach Cosmin, who has not lost since taking over the task in 12 games in all competitions, won in nine and drew in three.

This is the first match in a series of confrontations between the two teams, as they meet next Friday in the league, and then on the 22nd of this month in the second leg of the cup semi-final.

On the other hand, Bani Yas challenges its host Al Wahda, which has the preference on paper, after it tied with it in the first leg, and Al Annabi won the return leg in the league a few days ago in the 15th round with a goal of zero.

Al Wahda is experiencing a special period with its French coach Gregory, and is betting on going far to win the Cup title, as well as competing for the League Championship, where it occupies the runners-up behind Al Ain leaders.

• "The King" defeated "The Panthers" in the first leg of the league, and "Al Annabi" tied and beat "Al-Samawi".

Al Wasl is waiting for the support of its fans

Al Wasl is waiting for a large presence for its fans in the face of Sharjah, where Al Wasl company motivated the fans and allocated seven buses to transport them to Zabeel Stadium.

Al-Wasl coach Hillman is betting on the great development that the team has witnessed in the last period, especially since the signing of Brazilian Oliveira and Serbian defender Alexander, as they contributed significantly to overcoming the Al-Ain obstacle in the quarter-finals, a tie with Baniyas and a victory over Khorfakkan in the league.

Sharjah has an organized team in all its lines, as it has previously reversed a 2-0 loss to a 2-3 win in the first leg of the league against Al Wasl, and is betting on the remarkable brilliance of a group of stars, including Guinean Camara and Brazilian Caio.

Sharjah reached the semi-finals after a summit in which it won on penalties against Shabab Al-Ahly.

A difficult test for Baniyas

Baniyas raised the utmost levels of preparation for the Al Wahda match, hoping to overcome the Al Annabi obstacle and reach the final dream and save the season with an important championship.

Romanian coach Isila trusts his players to stop the danger of Al Wahda's attack, in order to score a positive result that will help the team before the return leg at his stadium in Baniyas a week from now.

On the other hand, Al Wahda enjoys high spirits in light of the superiority this season over Baniyas, and is also enjoying stability and distinguished results, as it renewed the contracts of four key players, namely the Syrian Khribin and Tahnoun Al Zaabi, as well as residents Philip and Aladdin Zuhair.

Al Wahda does not want to forfeit today's match at home and among its fans, and is betting heavily on the cup title this season.

Pedro leads the unit attack today against his former team.