Peter Gerhardsson today released the squad for the World Cup qualifiers against Finland and Slovakia. Included in the squad are both Stina Blackstenius and Caroline Seger who have been insecure due to injuries. However, Kosovar Asllani, who is not ready for games yet, was caught despite having started training. 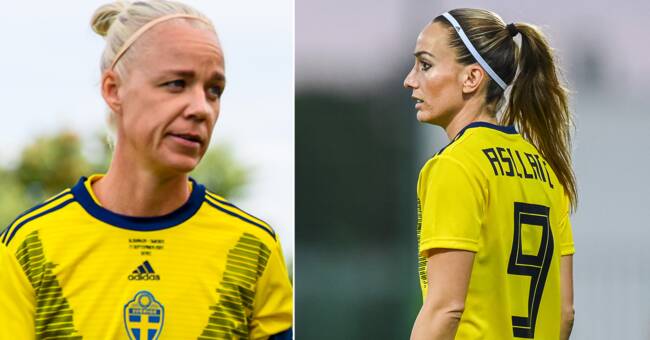 The reports about Kosovar Asllani are that she is training.

But she was not present when Peter Gerhardsson presented the World Cup qualifying squad for the upcoming matches.

- She will not be playable during these two matches, we have collaborated with both clubs and talked to Kosovars themselves.

It is of course sad but a decision we had to make and hope that she will soon be back in full training.

But she is not ready for these international matches that we will play now, says Gerhardsson.

Stina Blackstenius misses tomorrow's match with the club team Häcken, but she was in today's squad.

There was also Caroline's victory which missed the last match due to injury.

A significant player that Gerhardsson himself expressed as important for the team.

- You always want the absolute best all the time and Caroline has for a long time shown what she means to this team.

She is obviously a good player but also a good leader, of course good to have her back, says Gerhardsson.

The squad consists of 26 players.