19.45: Watch Ireland – Sweden in the World Cup qualifier in football

Two victories in two matches for Sweden in the World Cup qualifiers. Peter Gerhardsson's national team tops group A in a limping table. Now Blågult will face Ireland away, kick-off 20.00. 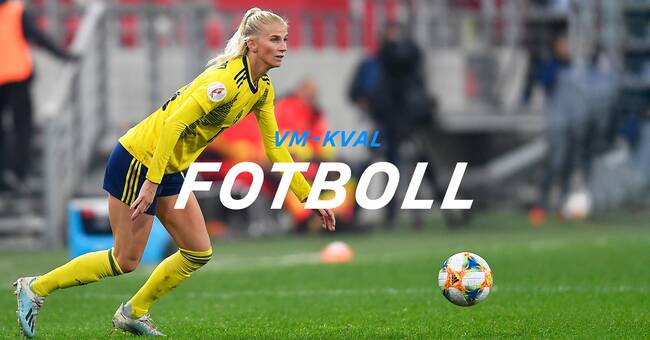 Sweden has started the World Cup qualifier with two victories.

1-0 against Slovakia away was followed by 4-0 at home against Georgia.

Now Ireland is waiting, which has not yet played a match in the World Cup qualifiers.

After Ireland, Sweden will face Finland and then return matches start against Slovakia.

Olympic runner-up Sweden, which ranks second in the world, is of course the big favorite to win the group.

Group victory means direct qualification for the WC 2023 which is played in Australia and New Zealand.

The situation in the squad

Ahead of this national team gathering, which also includes a training match against Scotland on Tuesday, some Swedish profiles are missing.

Both Caroline Seger and Kosovar Asllani are out of the squad due to injuries.

Seger made a late rebid and was replaced by Rosengård's Emma Berglund.

The next match for the Swedish women's national team in the World Cup qualifiers is at home at Gamla Ullevi against Finland on 25 November.