Spanish nationality for Samuel, the Ghanaian castaway who survived the sinking of the Villa de Pitanxo in Canada

On October 12, the National Holiday of Spain, Samuel Kwesi Koufie has been granted Spanish nationality. A native of Ghana, he arrived in Vigo 10 years ago as a stowaway and the past... 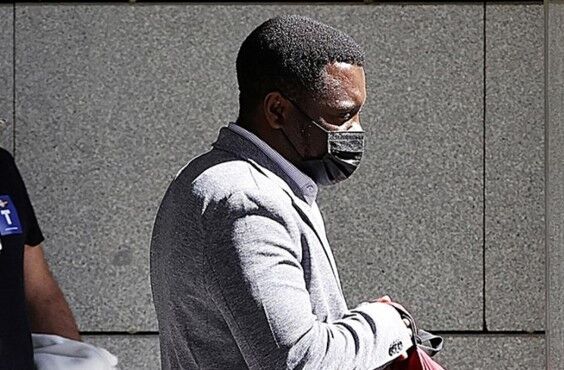 10 years ago as a stowaway and on February 15 he was aboard the Galician fishing vessel Villa de Pitanxo when it was shipwrecked in the waters of Newfoundland (Canada).

Samuel Koufie was one of the

along with the ship's skipper and his nephew and the only one of them not wearing a survival suit.

He spent five hours adrift clinging to a raft with only the coat of jeans and while he watched the rest of the sailors die one by one.

After surviving the shipwreck in such precarious conditions and returning to Spain, his statement to the

has been key to the investigation that the National Court is keeping open to clarify the shipwreck, in which the skipper,

, is being investigated for his alleged responsibility in the sinking, in which 21 sailors died.

The Council of Ministers has granted Koufie Spanish nationality at the proposal of the Minister of Justice, Pilar Llop, "in view of the exceptional circumstances that occur" in him.

It is granted "by letter of nature", a form of Acquisition of Nationality that is ex gratia and is not subject to the

, but is granted discretionally by the Government by Royal Decree, after assessing the concurrence of circumstances exceptional.

The concession becomes official this Wednesday, October 12, through its publication in the

Gazette (BOE), after deliberation by the Council of Ministers at its meeting on Tuesday, October 11.

After the shipwreck, this

(Pontevedra), the same town where the shipwrecked ship had its base port, provided a version of the events that coincided with the official of the shipowner and the skipper, but, when he arrived to Spain, he changed it before the Civil Guard and those contradictions were what led to opening a judicial investigation.

The official version of the shipowner, the captain and his nephew is that the ship's engine stopped at four in the morning on February 15 and that the meteorological conditions existing at that time determined the successive entry of water through the fin of port causing an increasing list to port.

According to his version, given the situation, he gave the crew the order to abandon ship after putting on the survival suit and life jacket.

However, when he testified before the Civil Guard, he gave a completely different version of the events, in which he indicated that the engine did not stop but that the winches that pick up the gear stopped working properly, tightening but not picking up and causing the list.

According to this new version, the rest of the sailors yelled at the captain to let go of the gear, but he refused and, with the ship already tilted heavily, the engine stopped and the list to port increased.

Contrary to what the boss assured, at no time did he give an order to put on the survival suits, although he and his nephew did wear them.

None of the nine rescued bodies nor Samuel wore that suit.

Samuel maintained this version before Judge

Many sailors yelled at him 'Cut!'

And some shouted at him 'Murderer, he wants to kill us, murderer!'", but the captain turned a deaf ear. "He did not listen to us", lamented this sailor, who also maintains that, after the rescue, he received pressure from the shipowner and of the pattern to fit the official version.

Earrings to go down to the wreck

The National Court maintains an investigation into the shipwreck in which only the skipper is being investigated, despite the fact that the families of the deceased (only nine bodies were recovered) also want his nephew,

, to be investigated, considering that his statement does not correspond to reality and that he is trying to cover up for his uncle.

At the moment, the case is pending an appeal filed by the Prosecutor's Office to request that a Vigo court instruct and not the National High Court and the magistrate requested a few weeks ago an expert report not yet delivered to "rule", among other issues, if "it is possible to access the wreck" of the Villa de Pitanxo and "if it would be useful to verify the extremes referred to in the different versions of the facts".

Permanent Commission for the Investigation of Maritime Accidents and Incidents

(CIAIM), dependent on the Ministry of Transport and which also has a technical investigation into the shipwreck open, to report on the qualifications of its personnel to prepare the expert opinion. on the causes of the incident and on "the possibility, usefulness and need to access the price in order to be able to decide on said question".

The families of the 21 deceased sailors have insisted for months on the need to go down to the wreck to investigate what happened, a request that has even been raised in Europe, and the CIAIM itself has indicated that it has started consultations to determine the necessary technical means and the economic cost of go down to the wreck, understanding that "it could contribute" to obtain data of interest.