Vattenfall's CEO: Electricity would have been cheaper if nuclear power had not been shut down

If the Ringhals and Oskarshamn nuclear power reactors had not been shut down, electricity prices would possibly be cheaper today, says Vattenfall CEO Anna Borg in the SVT: program 30 minutes. 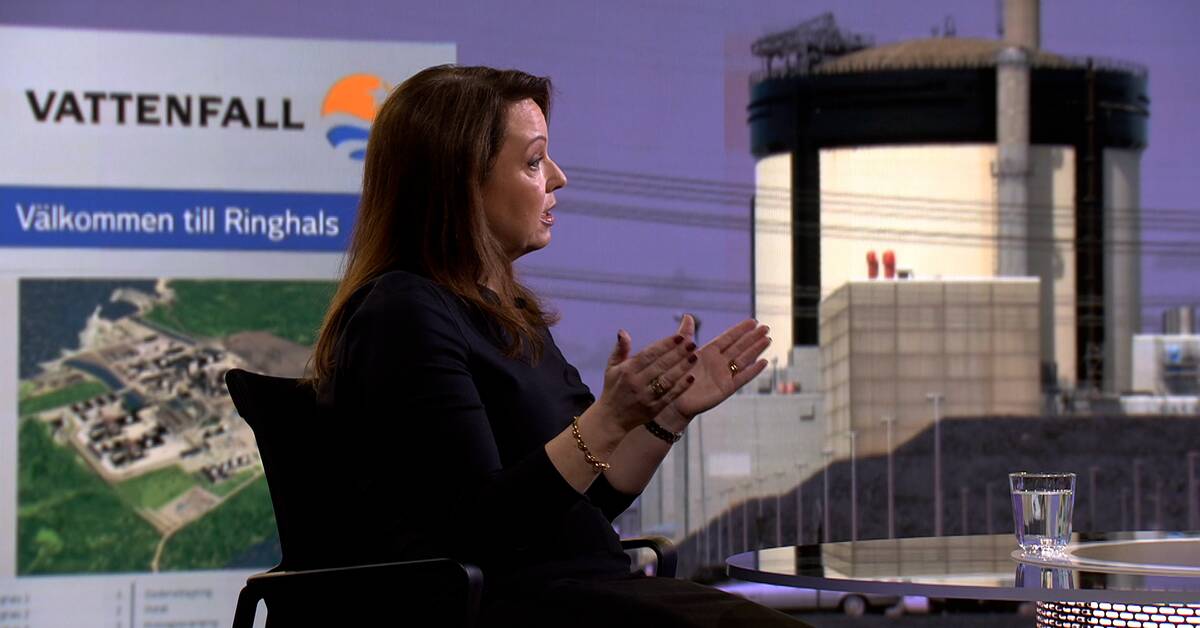 One reason for the reduced electricity production is that the nuclear reactors Ringhals 1 and 2, but also Oskarshamn 1 and 2, have been closed.

- We have four nuclear power reactors that have closed in southern Sweden.

So the prices would have been lower if they had been running, says Anna Borg.

According to Borg, however, the prices had not been at the same low levels that the Swedes have historically been used to.

Anna Borg cannot answer whether the authorities would have chosen to close the nuclear power reactors if they had known what they know today, that is, how much electricity prices would rise due to the events in the outside world.

- It is a hypothetical question, she says.

The reason why the nuclear power reactors were closed was that the authorities judged that it would not be profitable over time to keep them open.

- Even if the price is higher now, it would have had to be quite a lot higher for quite a long time for it to be justified, she says.

"Good for the Swedish energy system"

On the other hand, Anna Borg wishes that southern Sweden had more electricity production than there is today, regardless of the type of production.

- It would have been good for the Swedish energy system, she says.