Not NATO: why in London they declared their unwillingness to intervene in the conflict in Ukraine

British Foreign Secretary Liz Truss, who is running for prime minister, said she was not ready for the kingdom's open intervention in the conflict in Ukraine. The diplomat recalled that the republic is not a member of NATO, so it would be wrong to use the British military directly even to export grain from Odessa. Truss also emphasized that London has already done a lot for Kyiv, one of the first to send weapons to it and impose anti-Russian sanctions. From the point of view of analysts, such statements by the head of British diplomacy only once again confirm that the West is using Ukraine for its own geopolitical purposes. 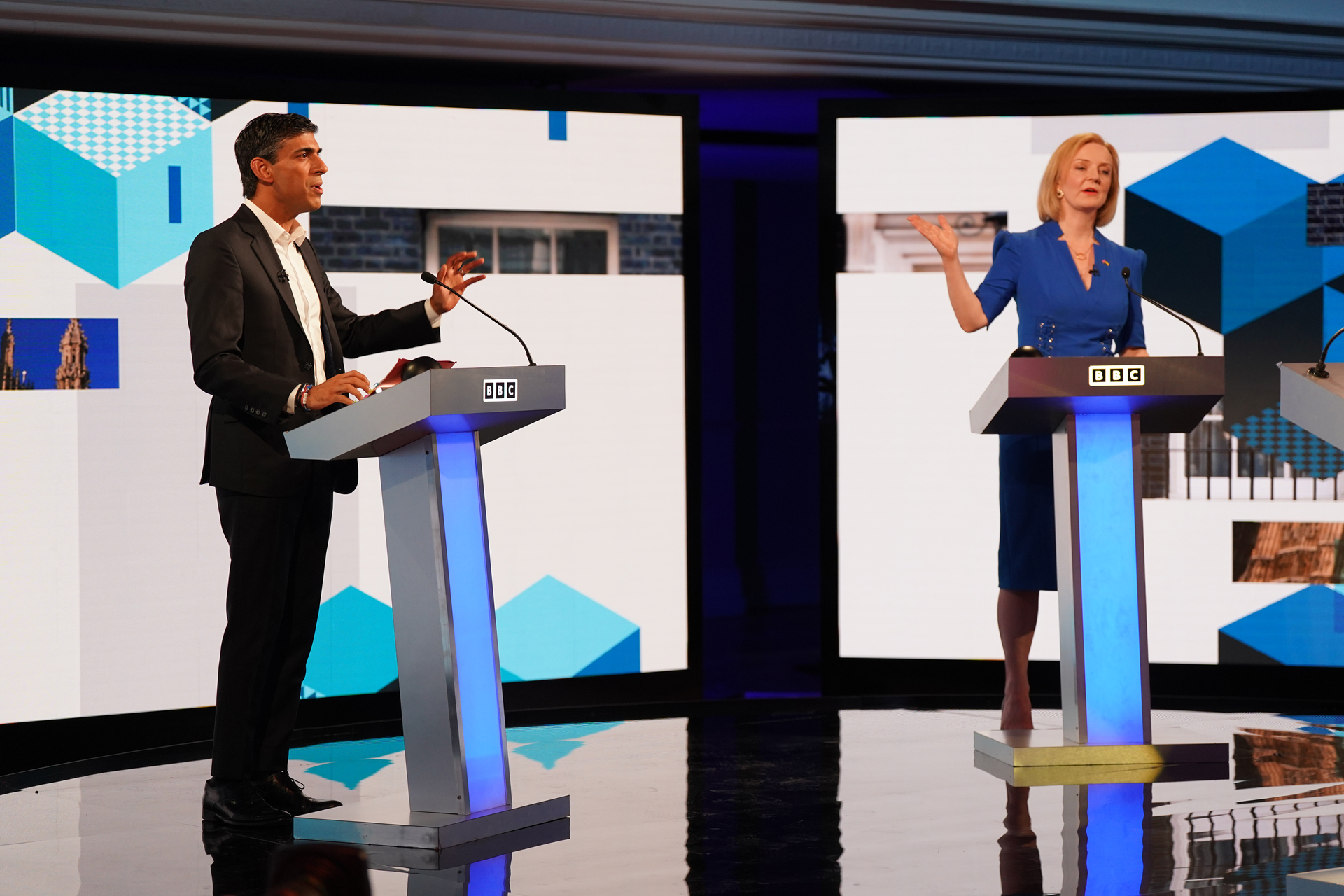 British Foreign Secretary Liz Truss, who claims to be head of government, said she was not ready for the country's direct intervention in events in Ukraine.

She expressed her position during a televised debate organized by the BBC.

“I am not ready for the United Kingdom to be directly involved in the conflict,” the head of the Foreign Ministry said in response to a question about her readiness to send the Royal Navy to the Black Sea to accompany Ukrainian grain.

“We did everything in our power, and the first European country to send weapons to Ukraine, we imposed the most severe sanctions against Russia.”

In her opinion, Britain "led the free world in response to the Russian-Ukrainian situation" and protects "freedom and democracy not only in Ukraine, but throughout Europe."

Truss also noted that London is providing assistance to Kyiv in the field of marine insurance on the issue of exporting grain from Odessa.

“But Ukraine is not a NATO country, and I believe that it would be wrong to directly use our forces or resources,” the diplomat stressed.

At the same time, the former head of the British Ministry of Finance Rishi Sunak, who also claims to be prime minister, avoided a direct answer to a similar question, noting only the great role of Great Britain in the sanctions campaign against Russia.

“We need to take a step back and realize that we have imposed one of the most powerful sets of economic sanctions that have ever been in the world ... We also ... tried to support Ukraine financially, with the weapons it needs to defend itself,” Sunak said.

At the same time, he assured that the UK will continue to resist Russia and play a "leading role" in this, regardless of who becomes the next prime minister.

According to experts, London initially took a rather aggressive position regarding the Ukrainian-Russian conflict.

Great Britain was indeed one of the first to start pumping weapons into the republic and in every possible way to warm up its militaristic moods, recalled Natalya Eremina, professor at the Department of European Studies at the Faculty of International Relations of St. Petersburg State University, in an interview with RT.

At the same time, she stressed that, despite all the loud statements in support of Kyiv and even the sending of weapons, London will never promote the idea of ​​its direct participation in the conflict, as this is not in its interests.

“It is a common British practice to fight by proxy.

If it is possible to avoid a direct collision, then it is necessarily realized.

This applies to various conflicts in which Great Britain participated.

In addition, now we are talking about a more serious enemy.

After all, the Russian Federation is militarily one of the first places in the world, and a direct collision with it will inevitably bring great damage, which they cannot allow in London, ”Eryomina explained.

Nikita Danyuk, Deputy Director of the RUDN Institute for Strategic Studies and Forecasts, member of the Russian Civic Chamber, in turn, is sure that the issue of supporting Ukraine for the UK is purely image-based.

“Therefore, despite all the talk, the British will never go into open conflict.

They will use Ukraine for their own purposes and continue to stuff it with weapons - this is the best option for them.

London will fight to the last Ukrainian, and keep its ships to itself, ”he said.

At the same time, analysts believe that the establishment of peace in Ukraine does not correspond to British interests, which is periodically stated in London.

The same Truss repeatedly mentioned the inadmissibility of negotiations with Russia at the current stage.

From her point of view, a serious dialogue with the Russian Federation on the peace process is possible only after the military successes of the Ukrainian armed forces.

“To achieve peace and protect our way of life, Ukraine and the free world need to be strong and united.

We should not pay attention to the voices of the defeatists, who claim that people are starting to tire, and who offer to betray Ukraine in order to quickly end the unrelenting horror, ”says Truss and her Ukrainian colleague Dmytro Kuleba in a joint article for The Telegraph newspaper.

At the NATO forum in Madrid on June 29, the diplomat also said that any discussions with Moscow are possible only after the victory over Russia, in order to avoid the conclusion of a "false peace" between the countries.

“First of all, we absolutely need to ensure the defeat of Russia in Ukraine ... We must learn from the past - for example, from the failure of the Minsk Protocol - in order to be able to ensure lasting peace in the region.

So my very strong message is that we need to defeat Russia first and negotiate later,” the minister said.

Boris Johnson, who resigned as prime minister on July 7, also opposed attempts to resolve the situation in Ukraine as soon as possible.

In his opinion, any efforts to resolve the conflict at the moment "will lead to prolonged instability and will give (Russian President Vladimir. -

) Putin the will to endlessly manipulate both sovereign countries and international markets."

“At first you refuse to believe that such monstrous statements are possible in principle, but then you remember that we are talking about the “liberal democratic monarchy” regime, and everything falls into place,” Russian Foreign Ministry spokeswoman Maria Zakharova wrote on her Telegram channel. .

The desire of Great Britain to indirectly support the Ukrainian conflict is explained by its desire to solve its own foreign policy tasks at the lowest cost for itself - for example, by supplying weapons to Kyiv, analysts say.

“By standing up for Ukraine, the British authorities can easily divert and redistribute financial resources, strengthen their position within NATO and inflate their image as a global security leader.

At the same time, London cannot but be aware that the massive pumping of Ukraine with weapons does not have a significant impact on the situation, and even more so cannot turn the tide of events, ”says Eremina.

At the same time, according to her, now Ukraine functions as a free testing ground for testing various types of weapons and the UK does not want to lose it.

“In addition, support for Ukraine is also an excellent screen for disguising internal problems: they say that everything is bad with us, not because we do not know how to govern the country, but because there is a conflict in Ukraine and an evil Russia that prevents the democratic world from developing” she explained.

At the same time, as Nikita Danyuk noted, the current situation of Ukraine, which has not yet been granted NATO membership, suits London quite well, since it protects it from the need to send its soldiers to the republic and take a direct part in the conflict with Russia.

“Ukraine's lack of NATO member status gives its Western allies the right to say with a calm soul that they have no specific obligations to Kyiv.

That is, the republic is simply used, supporting it with handouts, ”the expert concluded.