Le Monde: The birth of the multipolar world that Russia wants begins with extreme brutality

An expert in Eastern European affairs says that the fall of the Soviet Union was an opportunity for the former Soviet republics to gain their independence, as well as a security threat to them and tense relations with Moscow, as is the case with Ukraine now. 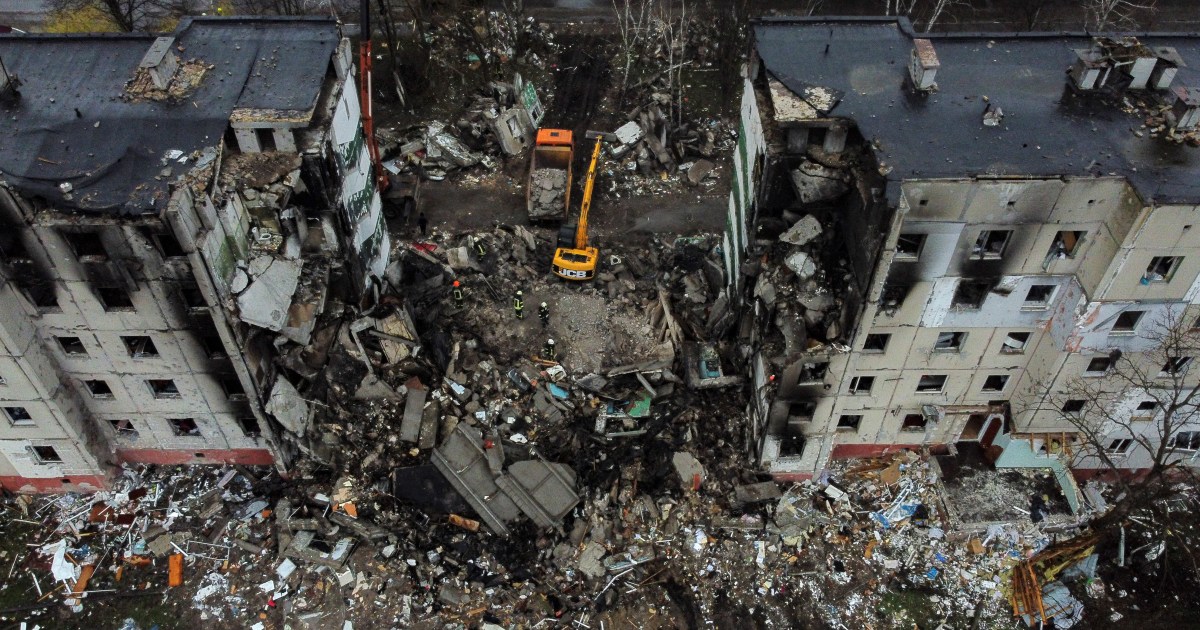 More than 30 years after the fall of the Soviet Union, Russia has never accepted that its neighbor Ukraine should be an independent state and free in its strategic choices. How did Ukraine agree to join the Commonwealth of Independent States alongside Russia and Belarus in 1991 even though its independence was already at stake?

From this question, the French newspaper "Le Monde" launched in

with Tatiana Jean Kastueva, a specialist in Eastern European affairs, to recall with her 3 decades of tense relations between two components of the former Soviet Union, Russia and Ukraine, at a time when it seemed that the The fall of the Soviet Union was an opportunity for the former Soviet republics, but at the same time it was a danger.

The intertwining between the Ukrainian and Russian economy - as mentioned in the interview by Gaides Manadsyan - was so strong that a brutal rupture of the ties between them, if it happened, would destabilize them. The Commonwealth of Independent States without leaving it, and its attempt to promote alternative organizations without Russia.

Like a married couple rushing to sign a divorce before completing the sharing of joint property, Russia and Ukraine signed the Pact of Friendship, Cooperation and Partnership in 1997, under pressure from internal crises and a desire to get closer to the West. Crimea, after the nuclear issue was settled by Kyiv ceding the nuclear state and handing over all atomic weapons to Russia.

Kastoyeva says that the issue of the Crimea and the issue of the Black Sea Fleet were the germs of the conflict, and they remained sources of tension, although the skilled politician Leonid Kuchma was able to provide a guarantee of the autonomy of the Crimea and reassure Moscow, so that the peninsula would remain one foot in Russia and the other in Ukraine, as was done. Negotiating a common fleet in the Black Sea, as explained by Tatiana Jan Kastoyeva.

The expert pointed out that the countries that emerged from the Soviet Union have a common problem, because they remained in an incomplete transition for 3 decades, as Russia attracts its production and provides it with security services and the labor market, but without proposing an attractive model for economic and political modernization, while the European Union does not It opens clear possibilities for the membership of these countries, unlike the countries of Central Europe, and then these countries do not find an opportunity to break the existing pattern, and Ukraine in particular, whether its president is close to Europe or Russia, remains in the grip of a few spoilers who are almost comfortably dependent on Russia.

But the Kremlin saw, according to Castueva, the hand of the West everywhere;

In Ukraine and elsewhere, Russian President Vladimir Putin originally opposed the existence of the Ukrainian state, but the fall of the Soviet Union made Ukraine a sovereign state and a member of the United Nations, although Moscow still sees limited sovereignty for the countries of the former Soviet Union.

Putin has regained Crimea for security and political reasons, in anticipation of Ukraine's drift into the European Union and NATO (NATO) and the potential threat to the Black Sea Fleet, feeling that regaining it will not cost him a single shot, but Ukraine's negotiations with the European Union faltered due to its inability to Understanding with the separatists, whom they regard as Moscow puppets in the Donbass.

When asked about the reason for Russia’s February 24, 2022 attack on Ukraine, despite knowing that it would be considered an aggressor, the expert attributed Moscow’s behavior to Putin’s miscalculation, his miscalculations and the inaccurate information provided to him by his intelligence, and therefore he wants war and return Kyiv to the fold, as he wants The re-establishment of a Slavic union 100 years after the establishment of the Soviet Union in 1922, as if this union was a means to erase the insult of his "greatest geopolitical catastrophe", the dissolution of the Soviet Union.

Knowing that a complete victory for Russia does not seem possible, failure is unacceptable to Putin, and this means continuing the “special military operation” at all costs, and it does not seem reasonable to abandon the Donbass region (eastern Ukraine) and the southern regions that were already invaded, Indeed, the Russians began to quickly change the programs in schools and even the signs from Ukrainian to Russian, as if there was an effort to divide the country and annex these regions to Odessa (south).

Although the West admires the courage of Ukrainian President Volodymyr Zelensky, the fear of being dragged into a bigger war, especially a nuclear war, makes him limit military aid to Ukraine without stopping it, and increase sanctions without endangering his economy. The Russian oil embargo, and it is possible - as the expert says - that the gap will widen if the war continues, and trust will diminish between Europeans and Americans, and even among the Europeans themselves.

The expert concluded that the future of Russian-Ukrainian relations depends on reconciliation after the war, and whether the Russians will one day accept the existence of an independent Ukraine and provide sufficient guarantees of non-recurrence of aggression, but this war will strengthen Ukrainian national identity and may also strengthen anti-Russian nationalism.