Ships sank in storms - over 20 people are missing

A ship has sunk and broken into two parts on the South China Sea, reports AP. A major rescue operation is underway when more than 20 people are said to be missing. 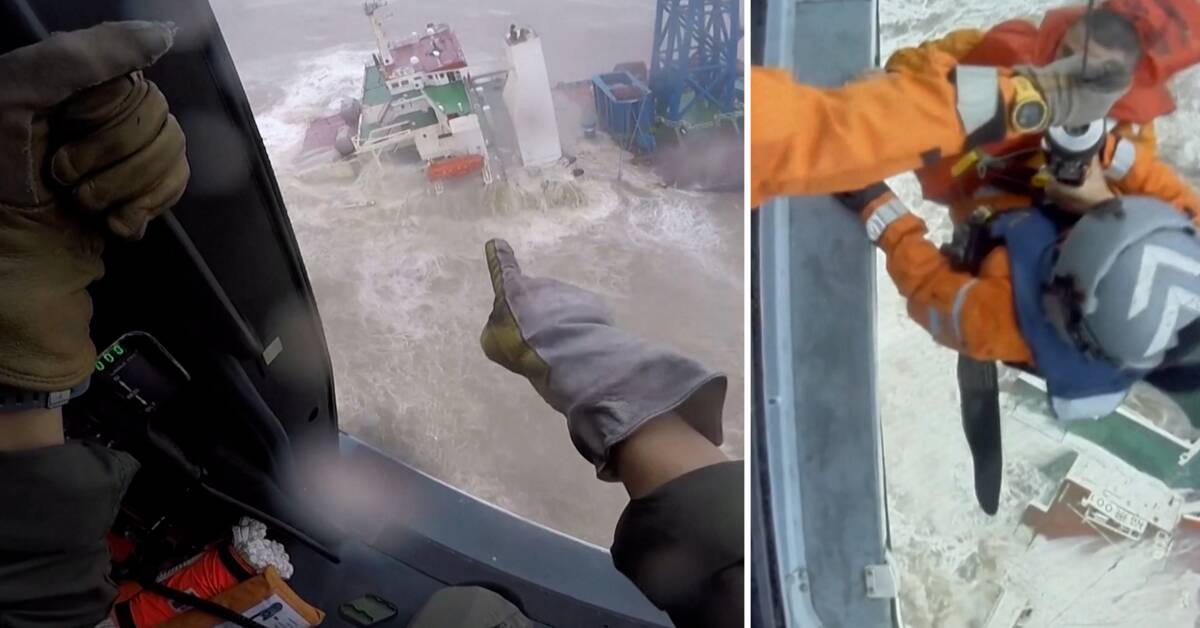 The ship, which is intended for maintenance, disappeared just over 300 km south of Hong Kong on Saturday when the tropical hurricane Chaba crossed the sea, according to the local rescue service.

A major rescue operation with, among other things, aircraft and helicopters has begun.

At least three people from the crew of 30 men are said to have been safe at 12.30, Swedish time.

Pictures from Hong Kong's flight show how one of the crew was hoisted up to a rescue helicopter at the same time as big waves hit the sinking ship - which was broken into two parts.

Where the sinking took place, ten meter high waves and a wind of 40 meters per second were noted.