Wall Street ends in the red its worst semester since 1970

The New York Stock Exchange ended Thursday its worst half since 1970, little reassured by US inflation which remains high, encouraging the Fed to continue its interest rate hikes. 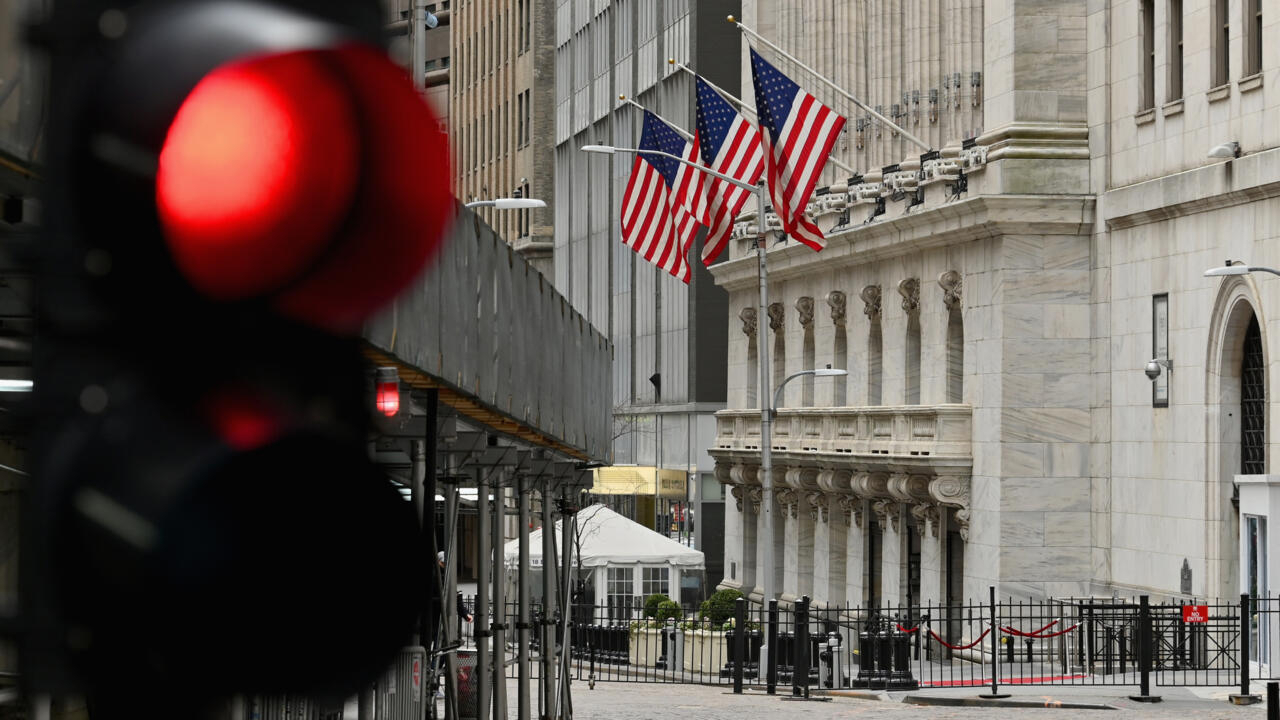 "The central bank's (Fed) efforts to fight inflation are fueling growing recession fears that have led Wall Street to its worst half since 1970," said Edward Moya, analyst for Oanda.

He added that "the salvo of American data", in particular inflation and household spending published on Thursday, "made it clear that the risks of recession continue to grow".

Since the beginning of the year, the index of star stocks has fallen by 15.31%, the Nasdaq has melted by 29.51%, accusing its worst start to the year in its history.

On the bond market, we were witnessing a virtual inversion of the yield curve, with short-term yields (2 years) standing shoulder to shoulder with those at 10 years, which slipped below the 3% mark.

This flattening of the curve is generally seen as a harbinger of a recession.

Price inflation in the United States remained at a high level in May, at 6.3% year on year, according to the PCE index, one of the main indicators of inflation, favored by the Central Bank US (Fed).

Over the month, inflation accelerated to 0.6% against a pace of 0.2% in April, said the Commerce Department, a little below analysts' forecasts, however, which had forecast 0.7%.

Another indicator signaling consumer concern about rising prices, household spending advanced only 0.2% against an increase of 0.6% in April.

But in real terms, taking into account inflation, these expenses, which are the locomotive of the American economy, fell by 0.4% in May, which is a poor forecast of growth in the second quarter.

"Inflation came out a little better than expected but probably not enough to prevent the Federal Reserve from raising interest rates by 75 basis points at the next meeting" in late July, Tom Cahill told AFP. Ventura Wealth Management.

"At the same time, in real terms, household spending turned negative over the month, so investors are starting to feel the Fed risks pushing the economy into recession," the analyst added.

– Cuts in the forecast –

As quarterly earnings season approaches, strategists are starting to cut their forecasts, especially in the tech sector.

"In summary, the markets are worried about reductions in earnings forecasts, consumers who are starting to show signs of weakness and the Fed which is going to be very aggressive", concluded Tom Cahill.

To top it all off, and reflecting the loss of risk appetite, cryptocurrencies were doing "very badly", with bitcoin falling well below $20,000, to $18,960.

“There is still a lot of capital allocated to the cryptocurrency sector, which weighs on the morale of investors, especially young people,” insisted the Ventura Wealth Management analyst.

Eight of the eleven S&P sectors ended at half mast.

The very defensive stocks of utilities managed to keep their heads above water (+1.10%).

Pharmacy chain Walgreens fell more than 6% despite better than expected quarterly results, however showing a drop in sales.

Luxury home furnishings retailer RH fell 9.94% after warning its results would be hit by a "deteriorating" economic environment.

It dragged the online furniture sales group Wayfair (-6.83%) or electronics stores Best Buy (-2.92%) into the red.

Costco, the semi-wholesale commodity chain, was sought after (+2.01%) as consumers tighten their belts.