Japan: hit by the heat wave, Tokyo is forced to save electricity

Like its huge suburbs, Tokyo has been hit since Sunday 26 by an unprecedented heat wave in June: nearly 40 degrees in the shade. Faced with this, the watchword at the moment... 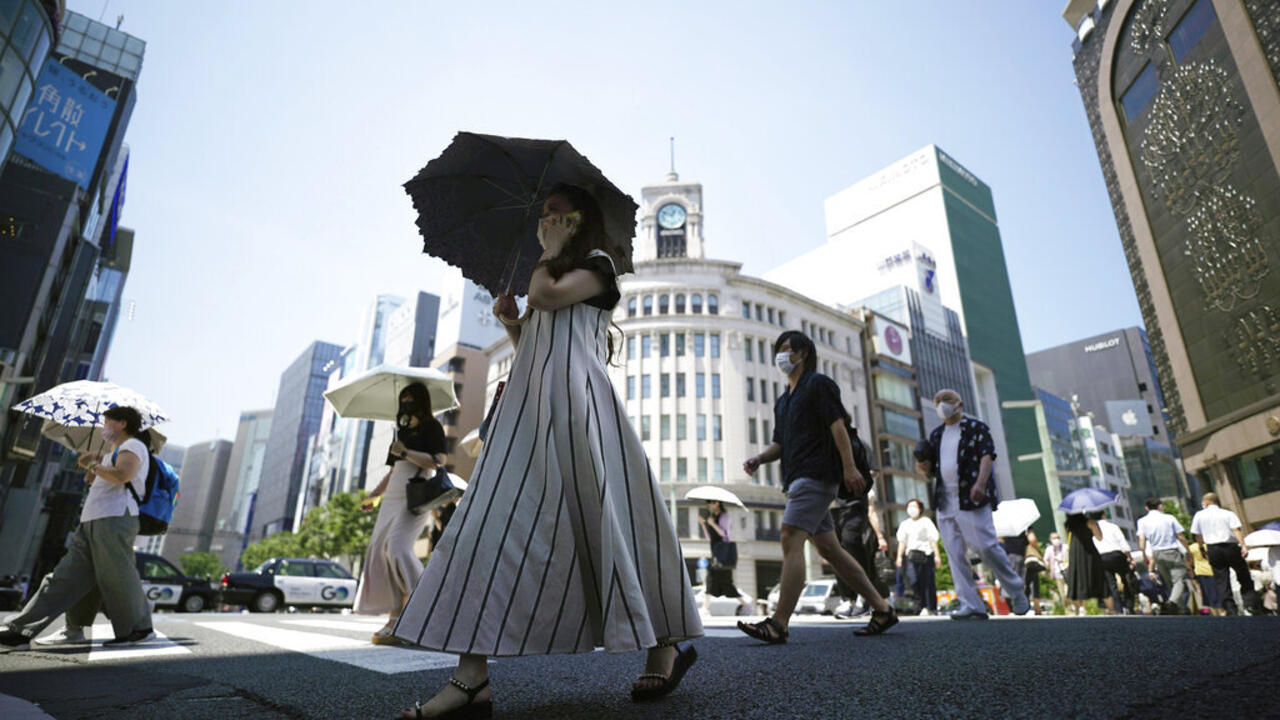 Japan: hit by the heat wave, Tokyo is forced to save electricity

In a street in Tokyo hit by the heat wave, this June 28.

Like its huge suburbs, Tokyo has been hit since Sunday 26 by an unprecedented heat wave in June: nearly 40 degrees in the shade.

Faced with this, the watchword at the moment in the Japanese capital is to save electricity at all costs.

With our correspondent in Tokyo

It is for the inhabitants of the Japanese capital to avoid a "blackout", a gigantic power cut.

It would plunge into darkness 40 million inhabitants, almost one in three Japanese.

Concretely, the instruction is not to set your air conditioning at less than 28 degrees at home.

In the administrations, as soon as the sun goes down, the civil servants work with all the lights off, only the screen of their computers illuminating them.

In the city center, there is no longer any illumination and the famous giant video screens that adorn the major intersections have been turned off.

In stores or public transport, people are dripping so much the air conditioning has been put on hold.

And in stations or shopping centers, many escalators are at a standstill.

How can this fear of a major energy crisis be explained?

First, to respect its international commitments in the fight against global warming, Japan has closed several of its coal-fired power stations.

Plants that are very harmful to the planet.

In addition, this winter,

damaged two of these power stations which were still in operation and supplied the capital.

And the archipelago is quite behind when it comes to renewable energies.

In terms of power supply, therefore, it cannot rely much on wind or solar.

Above all, Japan has still not restarted most of the nuclear reactors it put on hold after the Fukushima disaster in March 2011, given the hostility of a large part of public opinion.

When an exceptional climatic event occurs like now, the country is on a tightrope when it comes to its energy supply.

The Tokyoites interviewed do the impossible to save electricity, to the point of putting themselves in danger.

There are countless seniors or children hospitalized for hyperthermia, victims of "

And then, we feel a certain stress, and for good reason: 29% of the Japanese are 65 years old and over, a world record.

They are therefore very vulnerable to heat waves.

In stores, spare batteries - for smartphones or PCs, for example - flashlights or even just candles are becoming rare commodities.

If the capital region is effectively deprived of power, it will be complicated to manage for its inhabitants.